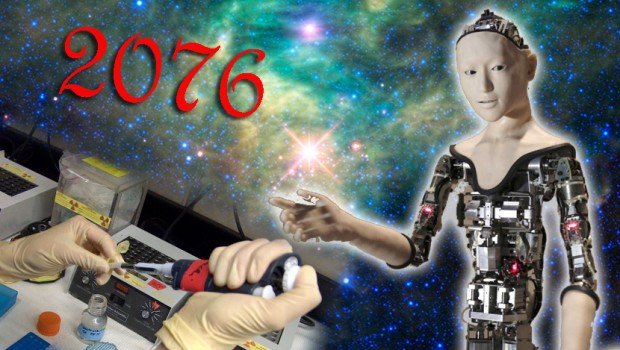 Fusion would liberate us of fossil fuels, and will give us extremely clean energy in almost unlimited quantities.

If we look to the future, for example, the 2076 year, we will see how the World would look like if you could not "work" on the power of fusion and if we create new forms of life in the laboratory.

Already we live in a world that runs nuclear fusion. Unfortunately, the reactor is 150 million kilometers away, and we did not come up with an effective way to directly manage it. So we spend the fossil energy - coal, oil and gas - which easily lead to boiling of the planet.

Make the Sun on the Earth in the long run solves the problem, but it is quite difficult. The survey was started more than 60 years; design leading to a fusion reactor, the Tokamak, is half a century old. Having tested a series of very large Tokamaks, fusion researchers have agreed 10 years ago to build a huge one in France, called ITER.

If all goes according to plan - and it is almost certain that it will not - 2035. ITER will produce 500 megawatts of energy for several hundred seconds. This will be the first fusion reactor that will produce more energy than it needs to operate.

Life began on Earth as the planet cooled enough to be inhabited - and as far as we know, has never been renewed for 4 billions anniversary. This long, dry season can be completed in the next few years, as researchers close to the target to make life "from scratch" in the laboratory.

Geneticists are already taking the gene and insert it into a bacterium. They changed the genetic code of other bacteria that lead them to use the new, unnatural blocks to true gout. But all these efforts are beginning with living organisms and are barely changed.

More ambitious efforts are beginning with inanimate, chemical ingredients. Basically, artificial life would end the philosophical debate - one that began Darwin. This will prove that life is nothing more than a complicated chemical system.