First Laptop In The World Was Made By Toshiba, More Than 30 Years Ago! 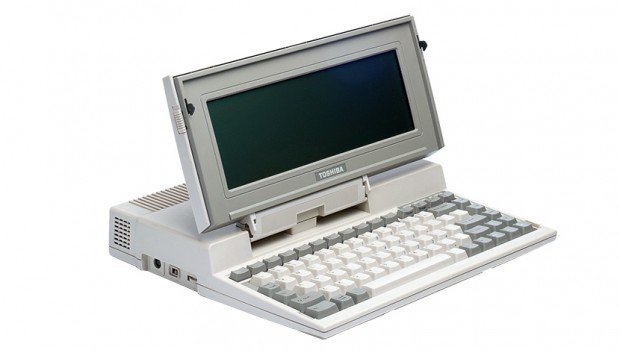 In mid-April 1985, Toshiba launched the first laptop in the World for the mass market - model T1100, which paved the way to  the "Hall of Fame" for portable PCs, and this devices are now in almost every home.

Sakura - Japanese name for cherry flowering, which is at its zenith in mid-April, but 30 years ago began another flowering - technology, specifically the one that we were introduced to the world of mobility. 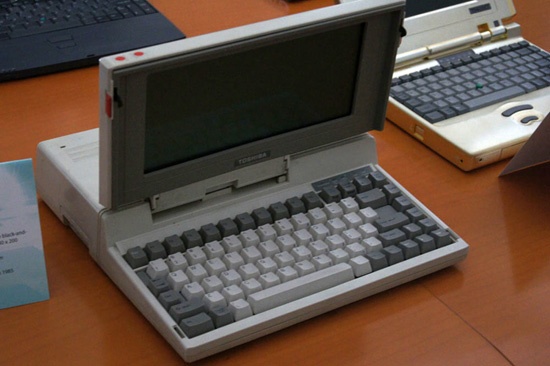 Eighties PCs were desktop devices, which were tying users to a desk. If it was not, it does not mean that there was a tendency towards greater mobility, which is, however, still revolved around speed and comfort in the wheels, clothing and fantasy.

This 1985, one year after the Olympic Games in Sarajevo and Los Angeles, a year before the Chernobyl disaster, the European Car of the Year was an Opel Kadet.
Freedom of movement and dancing were specifically in trend - so I guess that is why these years erupted tights. As convenient for jogging, gymnastics, fitness, dancing - simply overran by then the undisputed jeans! On this also greatly influenced the film Flashdance.

This year is remembered by  "Back to the Future" too!

Instead of returning, Toshiba has opted for a step into the future. Launched the first laptop world wide for consumer market. 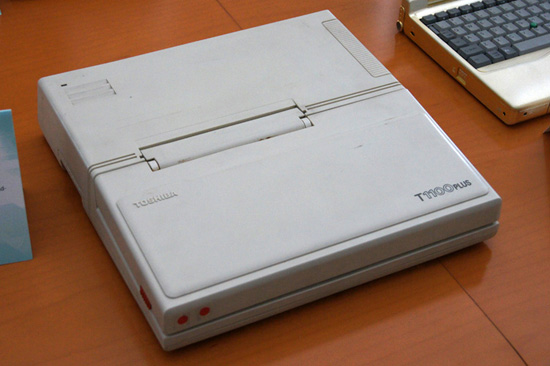 After PERFORMANCE nonpareil, but after something worth much today - T1100 is offered a thin, high-quality monochrome LCD screen, with the newly developed software to control the power consumption which could lead battery that lasts nearly eight hours and, finally - with all these features, the T1100 is weighed only 4.1 kg, almost the same as today

There were also some decisions that industry came back to, some 25 years later, all for the purpose of extreme mobility. For the ultra-modern devices such as netbooks or tablets we also have a classic hard drive for data storage. In this regard, the industry has made a comeback in the future by Toshiba began a full three decades.

Mass sales of laptops has brought a new approach to business, the workplace, motion, clothing ... Business and Entertainment began to revolve - around people.

Toshiba is launching a campaign on social networks with a range of new laptops in exchange for the T1100. Although in the first year sold 10,000 of these models in Europe only, and the price was in the range of today's $ 4,000, many have faithfully followed the world's technological trends and expectations.

28 Ways To Make Your IPad As Powerful As A Laptop Fujitsu Launches New Line Of LifeBook Laptops First Laptop In The World Was Made By Toshiba, More Than 30 Years Ago!