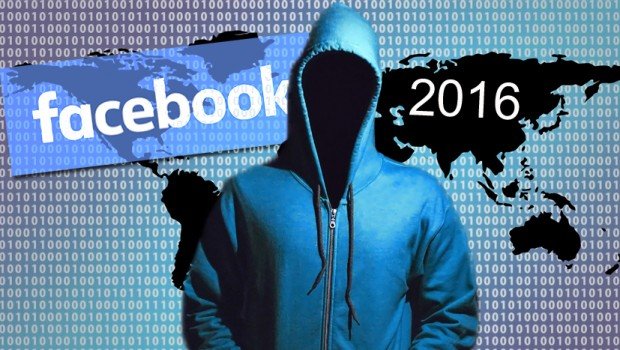 Another year is almost behind us, and it was on Facebook, with a bunch of new features, and also is marked by various scams that have attempted to threaten users.

Given that Facebook is the most popular social network in the world, it is logical that hackers and criminals in every possible way try to harm users. Thus, this year, frequently appeared scams each was worse and more dangerous than the previous one.

Below we present the worst.

Behind viral announcement on Facebook are mostly borne by the so-called "phishing" (phishing) scam. They usually offer exclusive content in the beginning seems suspicious, such as the sudden death of some famous people.

Next in the series of frauds on Facebook in 2016 was obtaining fraudulent notification of pages which are represented as "Facebook Security". Notification was informing users that their profile is in danger. In the message, among others, writing about Facebook found that you violated the terms of use and that the retention accounts be necessary to follow a link that stated further in the message. Also, cunning fraudsters have said that you have only 24 hours to do so, before the account is permanently deleted.

News of the sudden death of a public figure and this year rocked Facebook. At the end of September, the most popular social network in the world spread the information that is Brad Pitt dead.

Below the shocking revelation that says that Brad hung and that is Angelina's fault, standing and that this news are from channel Fox News, which is why many clicked on it. It is of course a false news, the virus that leads to a fake page where users need to provide their personal data.

Fake Facebook status that threatened public disclosure of private photos of users and in 2016 was again present in the pages of social network. This status, as well as all its variations, dating back to June 2012 periodically appeared on News Feed of users and in fear that its threats will come true, they begin to publish and share.

- The deadline is tomorrow. Everything you ever posted on Facebook will become public tomorrow. Even messages that you have deleted or photos from which you download tags. Do not cost you anything to simply SHARE this status. Channel 13 was on the news talking about Facebook changing conditions of use. I do not give Facebook nor any other permission that without question the use of photographs, information, messages and posts.

Next on the list is a scam that spread through messages. In fact, some users are apparently receiving inbox image file format svg, which did not contain a picture, but Java script. The Java content would then redirected users to a fake YouTube channel, for which a review should install an internet browser that was injected into a virus on your computer.

Every year in the last week in December, Facebook allows its users to option "Year in review" get a video which is a compilation of the ten most popular personal photos in the year about to end, but behind this ability lies in serious danger. Some users have received an offer to like and SHARE page that will allow them to activate the "Year in review".