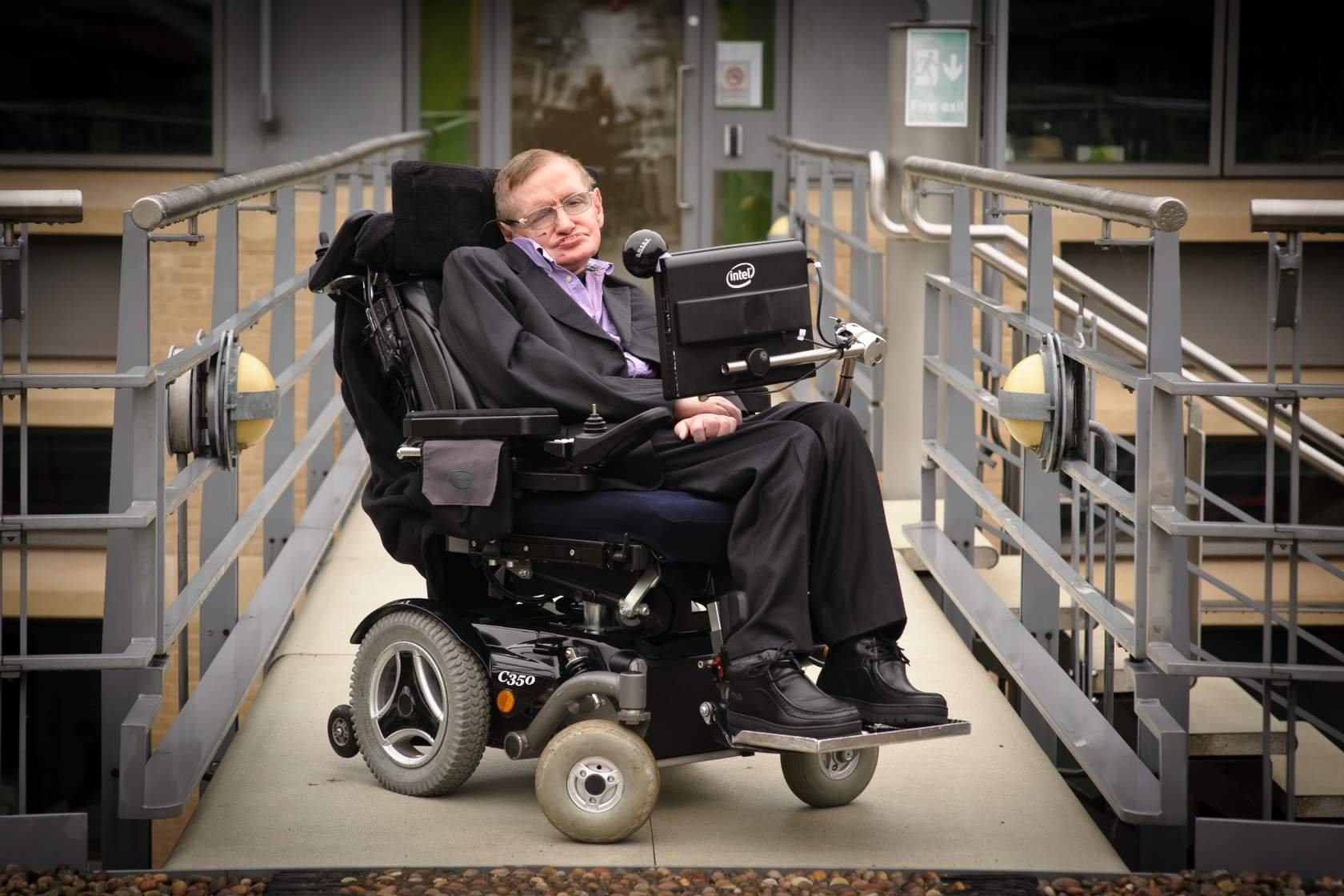 Famous physicist Stephen Hawking celebrated his 75th birthday recently. Although he is physically helpless, his brilliant mind is working at its best.

One of the greatest scientists of all time is suffering from amyotrophic lateral sclerosis (ALS), an incurable disease of the central nervous system. Thanks to the ambition and sharp mind he achieved many things so far. More than 30 years he was head of the mathematics department of the famous Cambridge University.

Experts were delighted with his theories on the origin of the cosmos and the monstrous black holes. "I do not understand the end of the universe," he said. "I want to know why it is the way it is and why it exists at all." Among the laity is popular thanks to the book "Brief History of Time", as well as statements about the future of mankind.

The arrival of aliens

"In my opinion aliens are living in giant spaceships because they have spent all resources on their planet. Such advanced aliens would be able to travel like nomads, conquer and inhabit any unknown planet. If they visit us one day, it will probably be like Christopher Columbus disembarking in America. As it is known, this did not end well for the Native Americans. "

"Try to make sense out of things that you see and ask yourself what constitutes the universe. No matter how your life sometimes seemed difficult, there is always something you can do and you can be successful. The important thing is to never give up. And remember: look at the stars, and not in your own feet. "

"The message of this lecture is that black holes are not as black as it is believed. They are not, as is sometimes assumed, prisons from which there is no escape. From black holes you can go out - was it the same way back, or perhaps joining another universe. Therefore, if you feel like you're caught in a black hole: no surrender - there is a way out. "

The greatest threat to humanity today

"We are faced with many risks: nuclear war, global warming and genetically modified viruses. If we do not kill each other, probably some mutated virus or global warming will do it."

Self extinction of mankind

"It seems that it is very unlikely that catastrophe on Earth will happen in some particular year. However, it is almost certain that in the next thousand or ten thousand years, some disasters will happen. By then, we should be more widespread in space and other celestial bodies so that disasters on Earth should not mean the end of humanity. "

The essence of intelligence

"Intelligence is the ability to adapt to changes."

"Our greed and stupidity one day we will exterminate ourselves."

About life with the disease

"For 49 years I live with the knowledge that I would die prematurely. I'm not afraid of death, but also not in a hurry to die. "