Top 10 Richest Personalities In The World 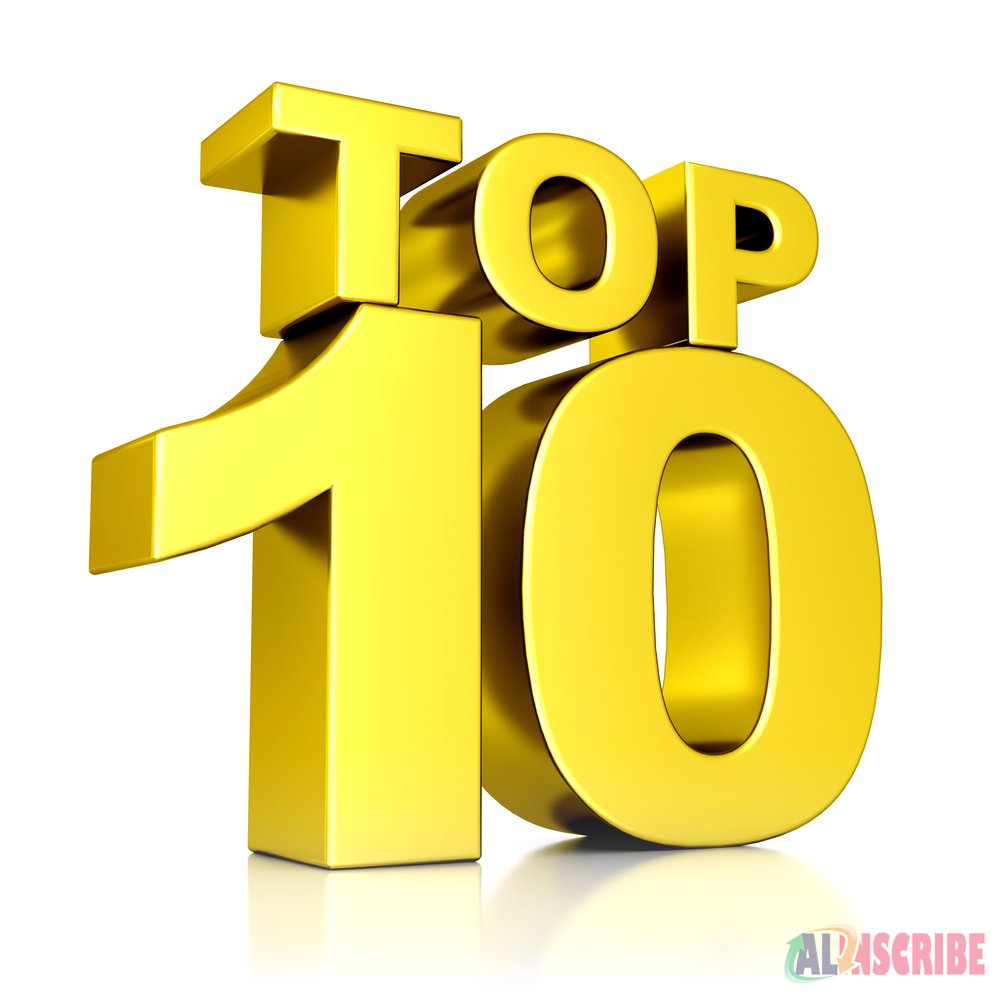 Business is the biggest factor based on which the economy of a nation stands still. And when it comes to the economy of the entire globe then multinational and international businesses and the billionaires play a huge role to shape it well. According to Forbes, there are 2,668 billionaires in the world in the year of 2022.

Many of the billionaires are the founders and owners of technology giants and have a lot of their wealth invested in their companies. The biggest advantage that they enjoy for being billionaires is that they can still borrow wealth against their companies, if they want to avoid selling stocks. Moreover, they can also enjoy the course of tax deduction for offsetting their reported income. Overall, if you are a billionaire, you get to enjoy a lot of advantages. Nevertheless, those may come with an unending headache and a load of responsibilities.

Here in this article, we will be sharing information related to the top 10 richest personalities of the world according to the data of 2022. The list is arranged in a descending order, which is provided below,

The 66 years old Steve Ballmer is the former CEO of Microsoft, who led the company from 2000 to 2014. Ballmer was born on March 24, 1956, in Detroit, Michigan. He joined Microsoft in the year 1980. Bill gates convinced Ballmer to drop out of the MBA program of Stanford university and join Microsoft in the same year. According to internet sources, he was the 30th employee of Microsoft and he got the position of the CEO of the company in the year 2000. He led the company for 14 years and then dropped his position. After dropping out of his position he purchased the basketball team Los Angeles Clippers for $2 billion. He is now the 10th richest person of the world owning 4% of Microsoft’s shares still till now, which also makes him the largest individual shareholder of the company. Ballmer and Bill Gates shared a brotherly relationship until Ballmer started pushing Microsoft towards hardware, which stained their relationship quite a bit. 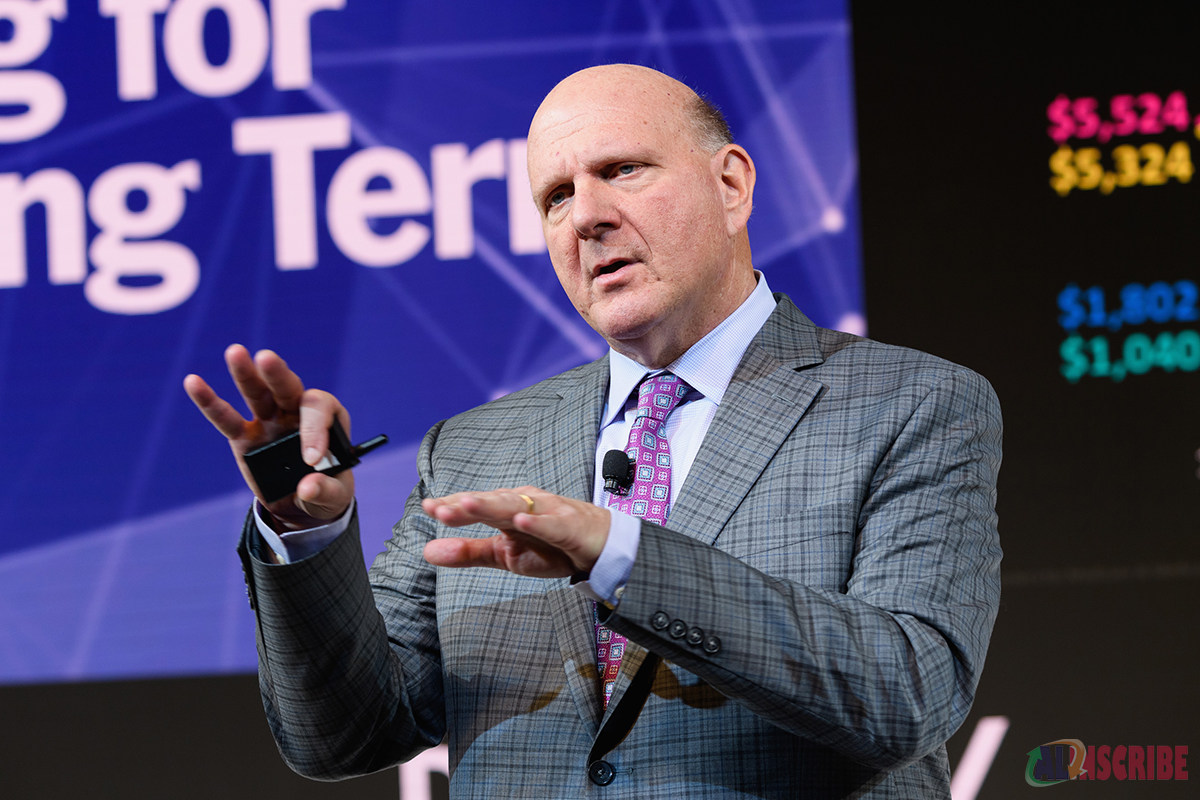 Larry Ellison is crowned as the number 9 of the top 10 richest personalities of the world. The co-founder, executive chair and the CTO of Oracle was born on August 17, 1944, to a 19-year-old single mother. He dropped out of the University of Chicago in 1966 and moved to California. He stared to work as a computer programmer and in the year of 1973, he joined Ampex. After three years Ellison shifted to Precision Instruments and served as the vice president of the research and development department of the company.

In the year of 1977, Ellison founded software department laboratories with his other two partners Oates and Miner. After two years, this company released Oracle, which was the very first commercial relational database program to use a structured query language. The program became so popular that in 1982 SDL changed its name to Oracle Corporation. Ellison gave up his position as CEO in the year of 2014 and joined as a board member of Tesla in 2018. He now owns 40% of Oracle’s stake as well as more than $12 billion public assets of Tesla. 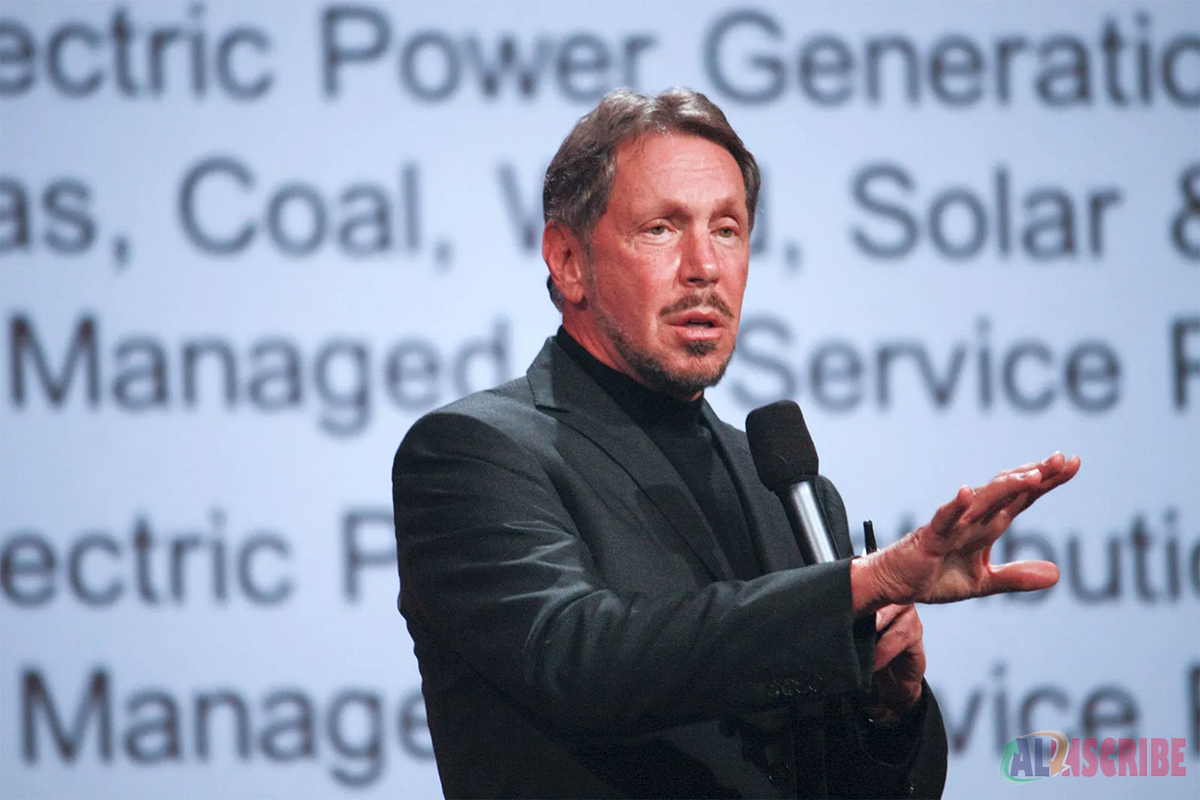 Sergey Brin stands as the 8th richest personality of the world in 2022. He was born on 21st August 1973, in Moscow, Russia. He is the co-founder of google alongside with Larry Page. In 2001, Brin took over the position of CEO of Google. In 2015, he became the CEO of Alphabet after it was established. Brin stepped down from his position in the year of 2019 as Sundar Pichai took over his position. He is still a valuable board member of Google and own 6% of Alphabet’s ownership stake.

Brin has invested much of his 2019 on Alphabet’s research laboratory in innovating technologies, such as self-driving cars. He is also known for his noble personality, as he has donated millions of dollars for Parkinson’s disease research. 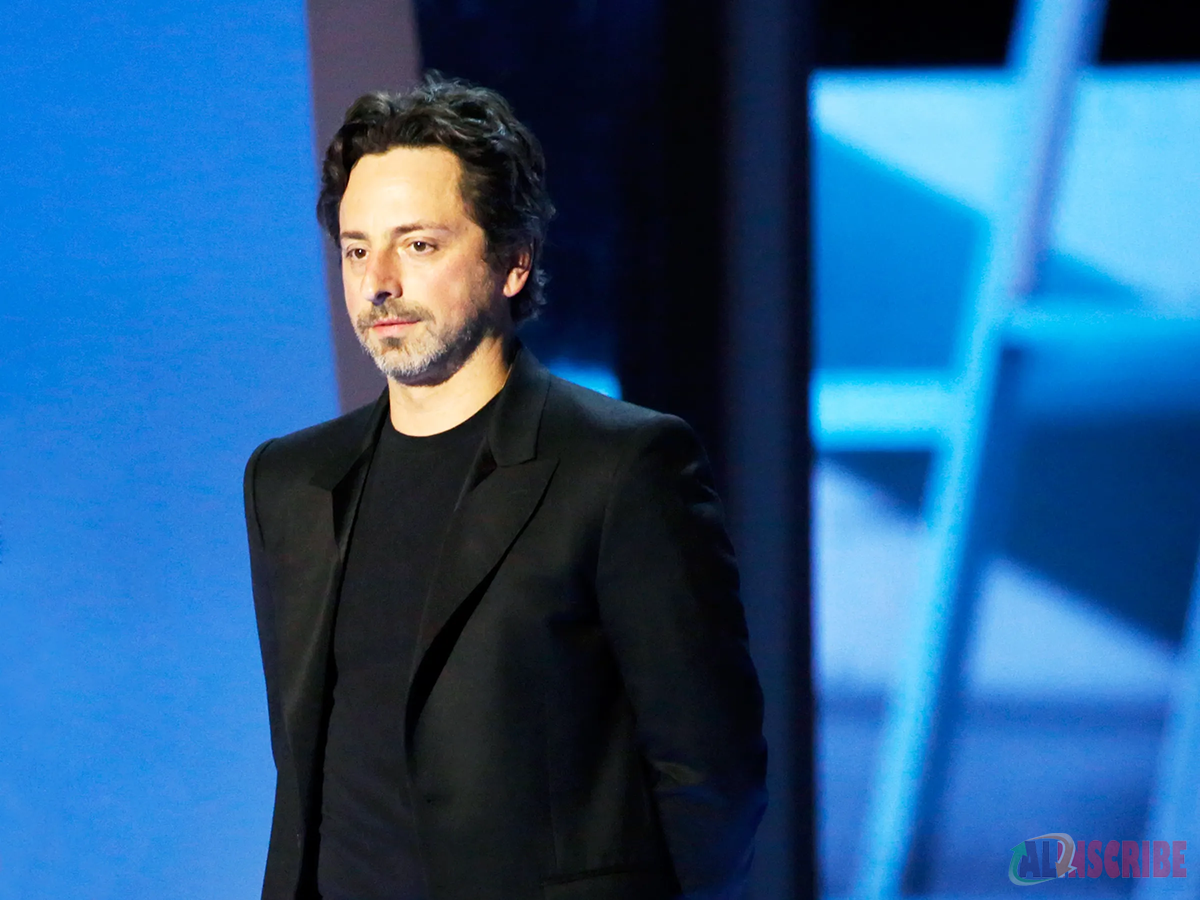 Warren Buffett is the most famous value investor as well as the 7th richest personality of the world. He was born on August 30, 1930, in Omaha. According to different sources, Buffett filed his first tax return at the age of 14, in 1944. His earnings were saved from his boyhood paper route job. In 1962, he first bought the share of a textile company called Berkshire Hathaway and within 1965 he became the major shareholder of the company. Within 1967, he expanded the textile company into an insurance carrier as well as in other investments. Currently Berkshire Hathaway is a company with $705 billion-dollar market capture.

Buffett has primarily acquired his position by taking over undervalued companies. He is 92 and is still serving as the CEO of Berkshire Hathaway and is still going strong. His noble personality deserves a mention. From 2006 to 2021, Buffett has given away more than $41 billion in different charities and foundations. In 2010, he launched Giving Pledge along with Bill Gates. There are rumors of him retiring from his position soon. 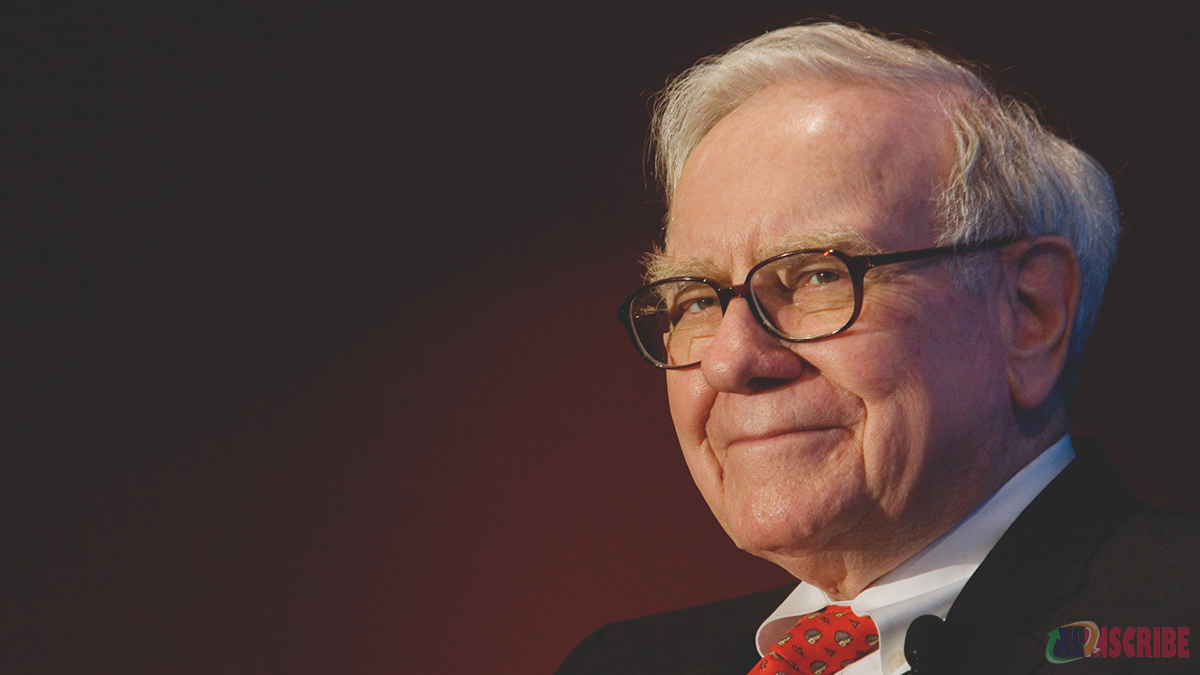 In the list of top 10 richest personalities of the world, Larry Page lands on number 6. He was born on March 26, 1973, in East Lansing, Michigan. His and Brin’s journey towards changing the technology world started from the dorm of Stanford University. The duo came up with an idea of improving internet data extraction. They also devised a new search engine technology that called Backrub. In the year of 1998, they founded Google and Page started serving as a CEO. He stepped down from his position in the year of 2001. He re-took the position of CEO in 2011 and served till 2019.

With time Google has become the dominant search engine of the world acquiring more than 92% of global search requests. The company has also acquired some of the other globally popular companies, such as YouTube and Android. Shares of Google went up by 50% only in 2021, which landed both Page and Brin within the list of top 10 richest personalities. The net worth of page went up from $52 billion to $98.7 billion just within 2 years. 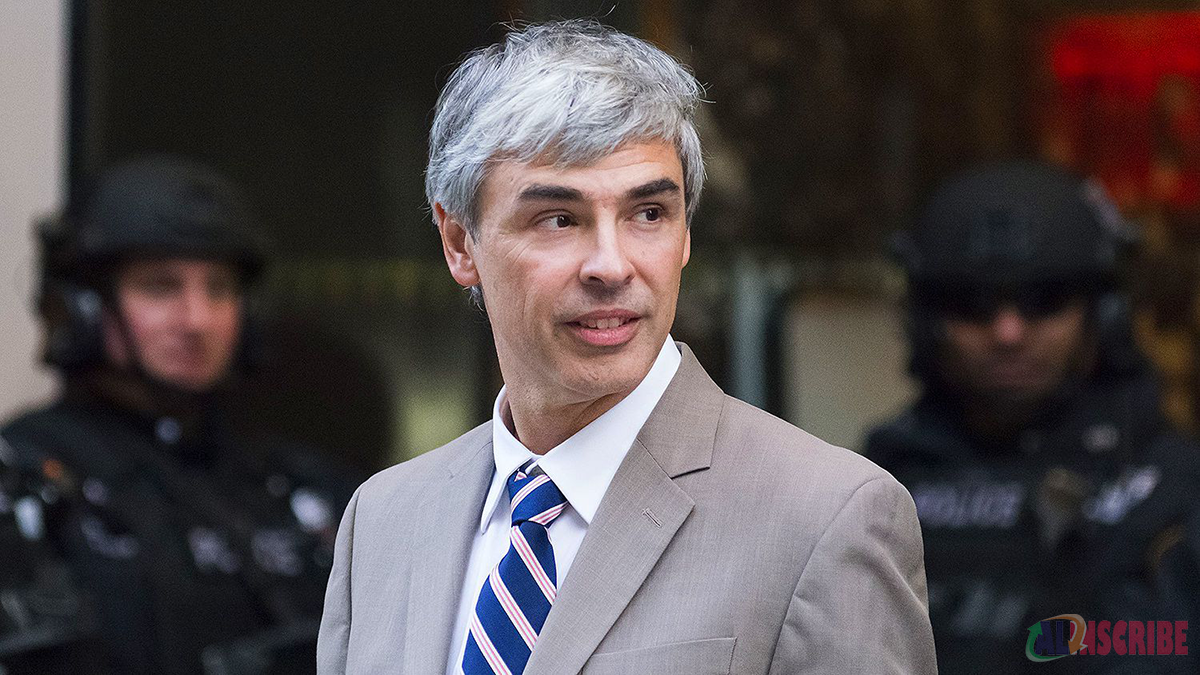 There is hardly any sane human being, who does not know Bill Gates, the co-founder of the largest software company of the world, Microsoft. He is also the 5th richest personality of the world according to the 2022 report. He was born on October 28, 1955. With the success of developing a software for the original microcomputers Gates dropped out of Harvard University and proceeded towards founding Microsoft along with his childhood friend Paul Allen. Until 2008, Gates was the chief software architect of Microsoft, however, then he shifted his position to the role of board chair. In 2004, he joined the board of Berkshire Hathaway. In March 2020, he dropped his position from both of the boards.

Bill Gates has invested the major amount of his net worth in Cascade Investment LLC. The company owns various stocks including Canadian National Railway and Republic Services. Moreover, there are other investments included in energy and real estate. In 2010, he launched Giving Pledge, which is a campaign to encourage the wealthy people to donate most of their wealth for philanthropic causes. He has also spent billions of dollars fight against polio and malaria through his and his ex-wife’s foundation. 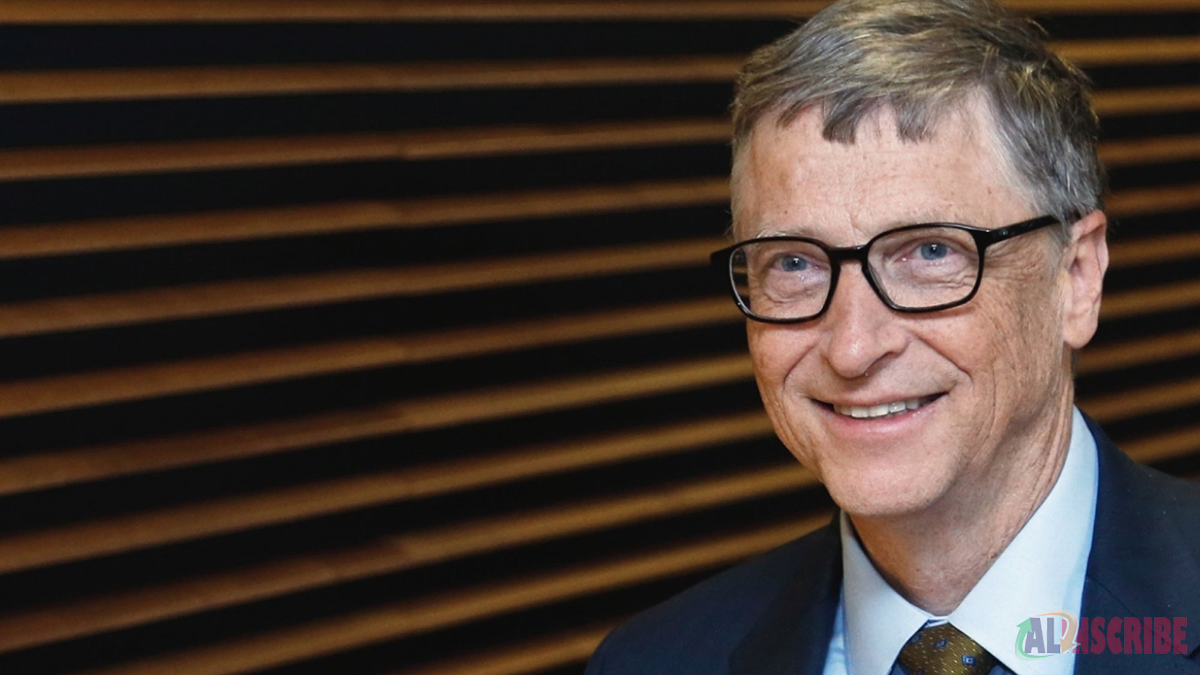 Bernard Arnault is the person to acquire the 4th position in the top 10 richest person list. He was born on 5th March 1949, in Roubaix, France. He is the chairperson and the CEO of LVMH, the largest luxury goods company of the world. It owns brands like, Louis Vuitton, Hennessey, Sephora, and Marc Jacobs. Arnault’s most wealth comes from his dominant stake in Christian Dior. Moreover, he has an addition 6.2% of stake in LVMH. In 1987 LVMH invited him to invest in the company, which made him a major shareholder as well as the chairperson of board. Two years later he acquired the position of the CEO of the luxury goods company with an inflation of his wealth. 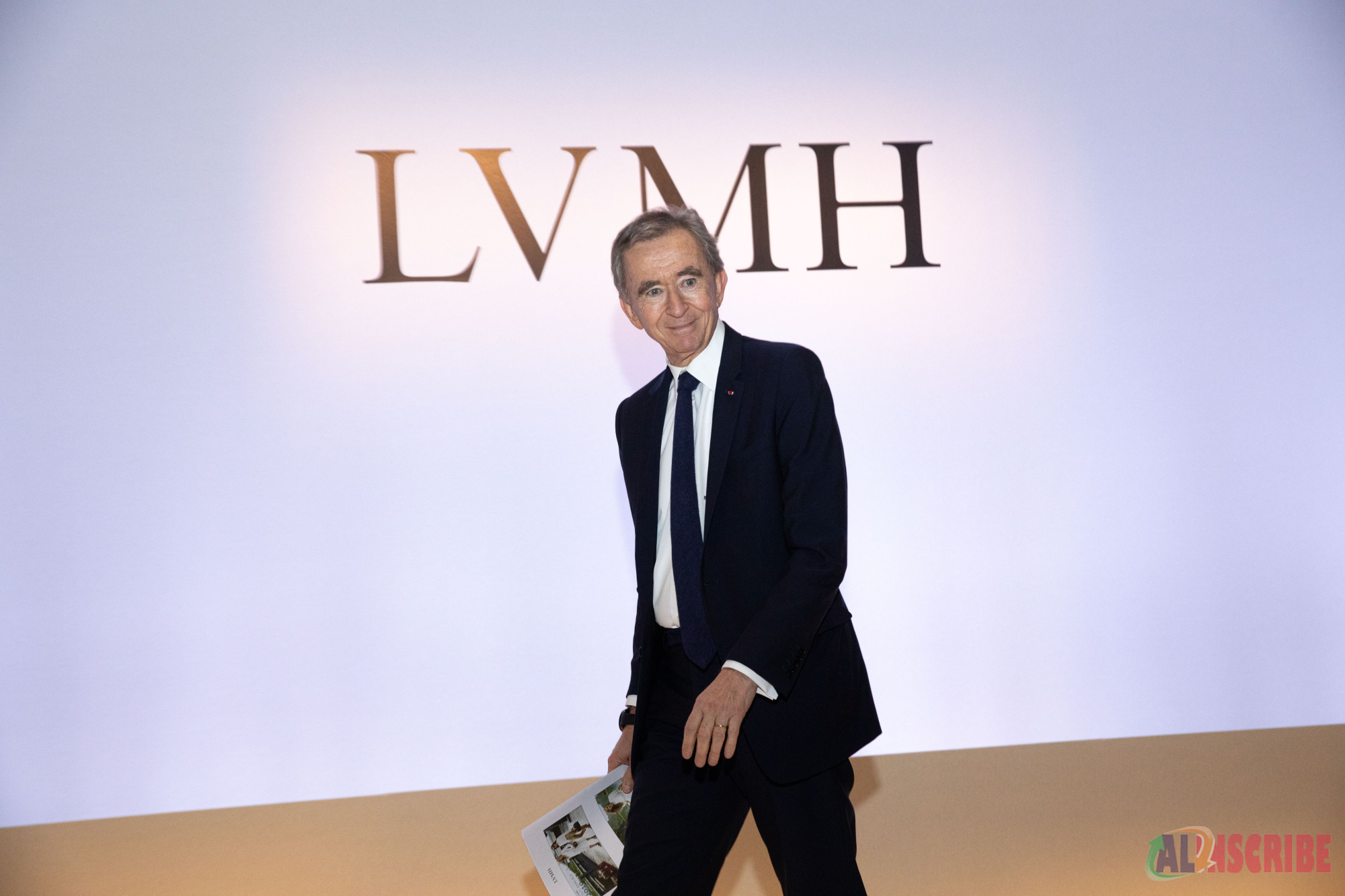 Gautam Adani is not only the 3rd richest personality of the world but also the richest person in Asia suppressing Mukesh Ambani in March 2022. He was born on 24th June 1962. He is the founder and the chairperson of Adani Group while owning stakes in six key Indian companies. The combined market capitalization of Adani group is about $238.4 billion. He also owns the 74% stake in Mumbai's Chhatrapati Shivaji International Airport, which is also known as the second-busiest airport in India. He started his journey as a diamond trader after dropping out of college. He established Adani Enterprises in 1988 for importing and exporting business. Later he expanded his business and gave shape to today’s Adani Group. 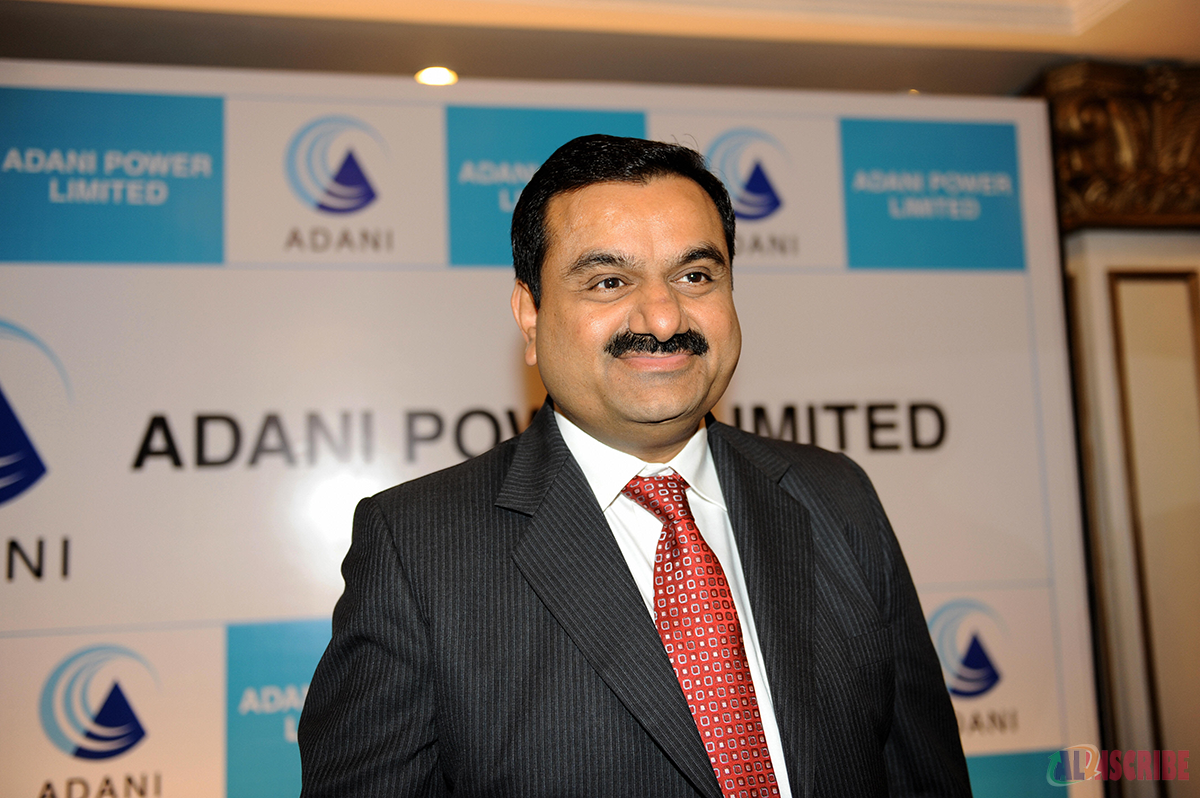 The second richest personality of the world is Jeff Bezos, the founder and executive chairperson of Amazon. He was born on 12th January 1964. The journey of Amazon started in the year of 1994, right after Bezos resigned from D.E. Shaw. At a garage of Seattle, Bezos first started his company with the aim of selling books. However, amazon is now referred as the largest retailer of the world, which sells almost everything that has an existence. The company has expanded its areas of venture and has acquired many companies.

Bezos now owns 16% of Amazon’s shares as he had to transfer 4% to his ex-wife, MacKenzie Scott, post-divorce. Amazon has seen a soar in its share prices in 2020 by 76% making Bezos the second richest personality to exist. He stepped down from his position of CEO in 2021 and remained as an executive chairperson. He became the first man after Bill Gates to have more than $100 billion net worth. 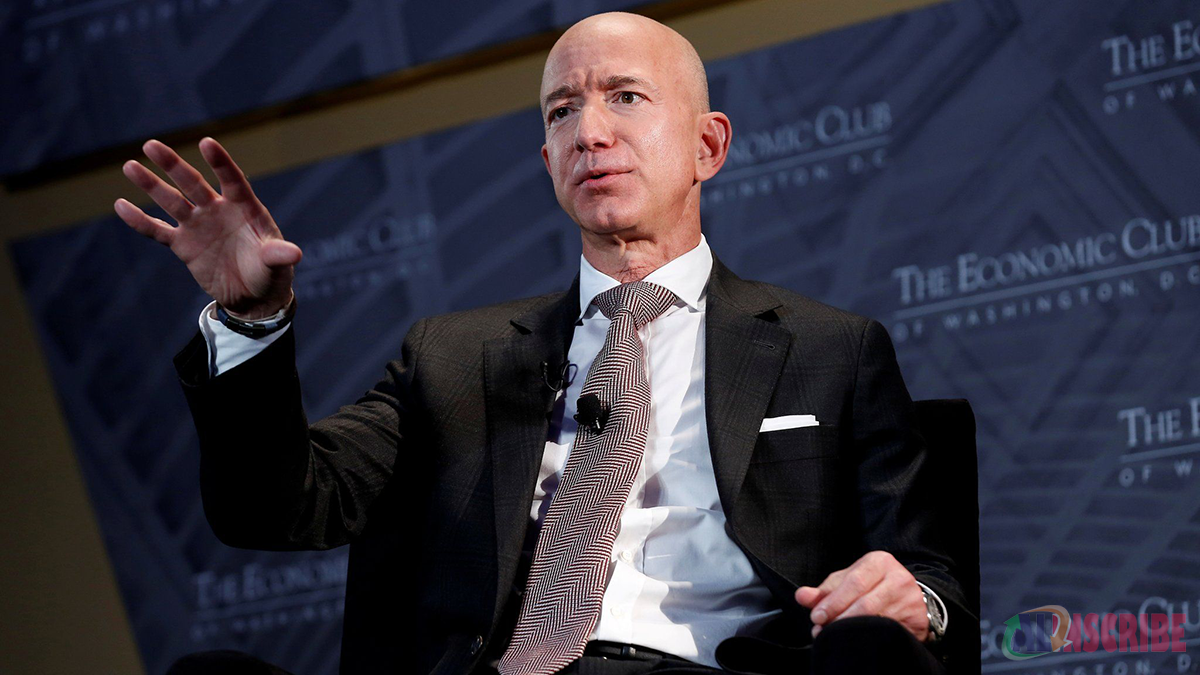 Elon Musk is a trending name in today’s world, also, one of the most important names in advanced technology. Musk has acquired the position of the richest person of this world with a net worth of $241 billion. He was born on 28th June 1971, in Pretoria, South Africa. He received is bachelor’s degrees in physics and in economics from the university of Pennsylvania. Musk is the one to launch Zip2, one of the earliest navigation systems. He is also the creator of PayPal, which was later sold to eBay before acquiring the name of PayPal.

Elon Musk co-founded Tesla Motors, which is now of the most famous electric vehicle companies. He is now the CEO of Tesla alongside being the CEO of SpaceX. The shares of Tesla went up by 740%, which brought Musk to the list of top 10 richest persons. And within January 2021 he became the richest person in the world. He has also initiated Twitter buyout worth of $44 billion in April 2022. However, within 3 months he decided to back out from the buyout, which resulted in lawsuits against him. However, his successful ventures through Tesla and SpaceX still make him remain as the richest person of the world. 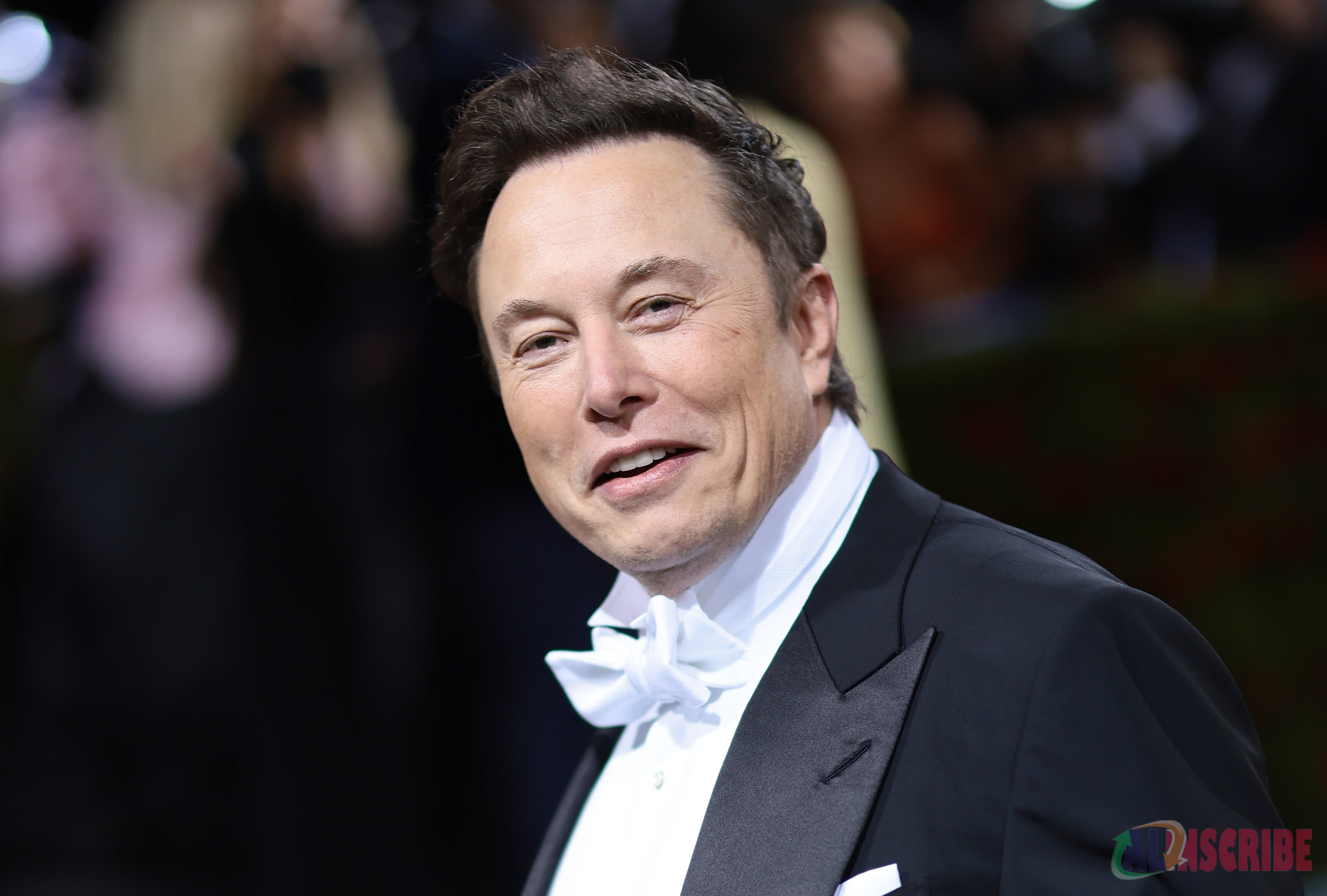 Apart from the top 10 personality, the name of Mark Zuckerberg needs to be mentioned. He is the founder and CEO of Meta Platforms. The share price of Meta went down significantly after the release of its disappointing earnings report. The net worth of Zuckerberg is reportedly $59.7 billion in September 2022, which pushed him out of the top 10 list.