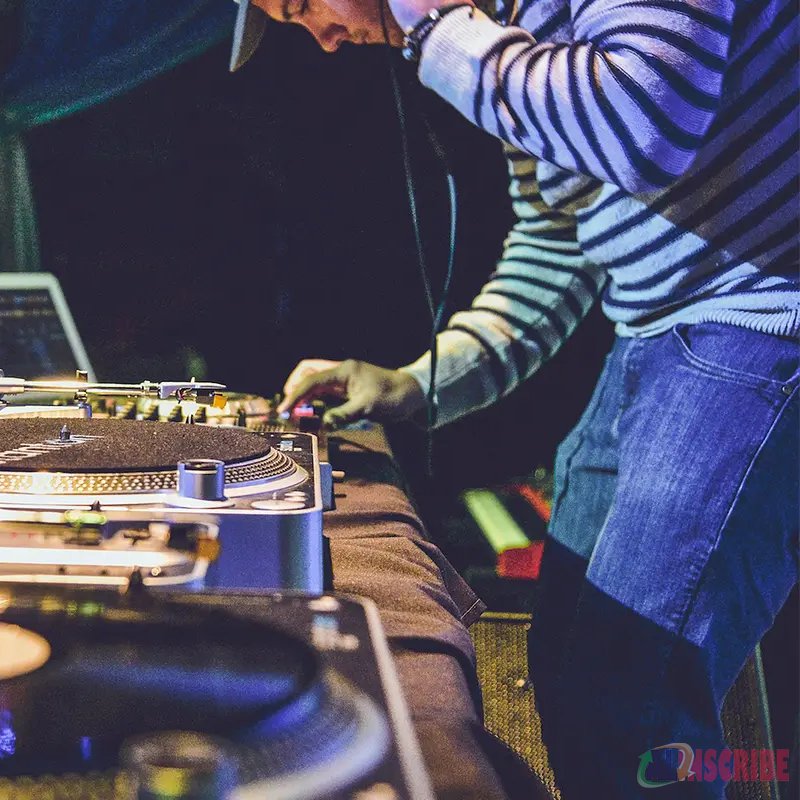 Music is not only a mean of entertainment anymore; it is a way of living. It is an emotion that keep us sane, make us humans. People say, “We are what we listen to” and that is completely correct. As there are various types of music, all of us prefer different styles. Some like soft ballads, some prefer hip-hop, others like to listen to pop rock, and rest are attached to EDM. Now while we are at it, EDM, Electronic Dance Music, has become quite popular in 21st century. And this popularity has come holding the hands of some of the greatest DJs of all time. DJs have played a huge role in producing EDM while collaborating with other artists and making hits. Sometimes they even did not need to collaborate, just their produced music had people grooving in the music festivals like never before. They definitely made a revolution, and we are here to cherish that.

You might now be wondering who these DJs are and what they look like. Well, you are at the right page if you are wondering so. For quenching your thirst of knowledge, we have produced this article listing top 10 DJs in 2022 that you should listen to right away. The DJs have been ranked based on their achievement and popularity. The list has been developed in a descending order. Hence, for knowing who the best DJ of 2022 is keep reading the article while we suggest you some new songs.

Armin van Buuren was born on 25th December 1976 in Leiden, Netherlands. He is known as one of the most popular DJs, record producers and remixers all around the world. He has started his music journey with genres like Progressive House, Uplifting trance, Progressive Trance, Dance Pop, Electro House and more.

The DJ was so passionate about music that he started remixing and producing songs from the age of fourteen. He used to perform in local bars and pubs back then. Later he gained his international popularity by hosting the radio show called “A State of Trance”. This radio show gained millions of listeners from almost 84 nations. From then till now Buuren has produced and released a total of seven studio albums, which are “76,” “Shivers,” “Imagine,” “Mirage,” “Intense,” “Embrace,” and “Balance”. “Balance” was the last studio album for a while which was released in the year of 2022. 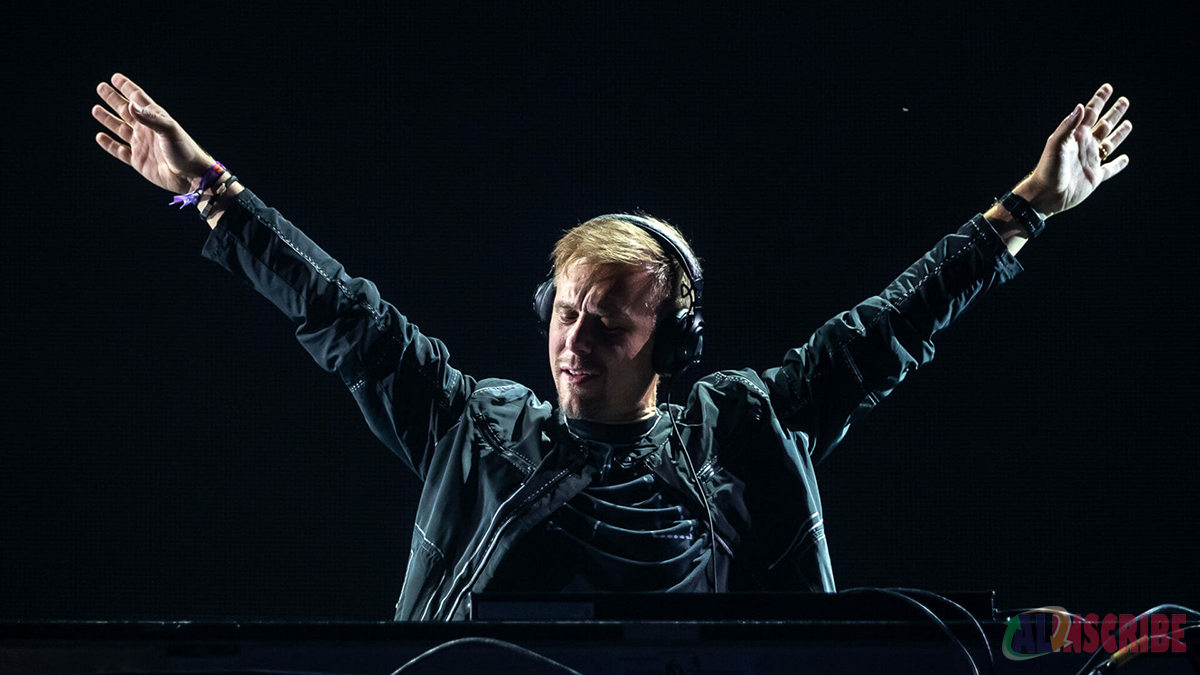 He is referred as the best trance DJs of all time and has also won awards for the same category for ten years in a row, which is certainly an unbreakable as well as a remarkable achievement. We would suggest you listen to his famous songs like, This is what is feels like, Waiting for the night, Leave a little love and so on.

Calvin Harris (birth name Adam Richard Wiles) was born on 17th January 1984 in Dumfries, Scotland. Calvin Harries has acquired the 9th position as the top 10 DJs of the world; however, he is actually one of the most well-known DJs in the industry right now. He is a renowned songwriter, singer, record producer and certainly a DJ. He is mostly famous for his songs in EDM genre.

His debut album was “I Created Disco”, which was a big hit and he never stopped producing hits since then. He has collaborated with many well-known and popular artists like Rihanna, Ellie Goulding, Dizzee Rascal and more. His career skyrocketed with the collaboration of Rihanna for their song “we found love”. The song secured no.1 position in Billboard Hot 100, he even won a Grammy award for the song in Best Music Video category. 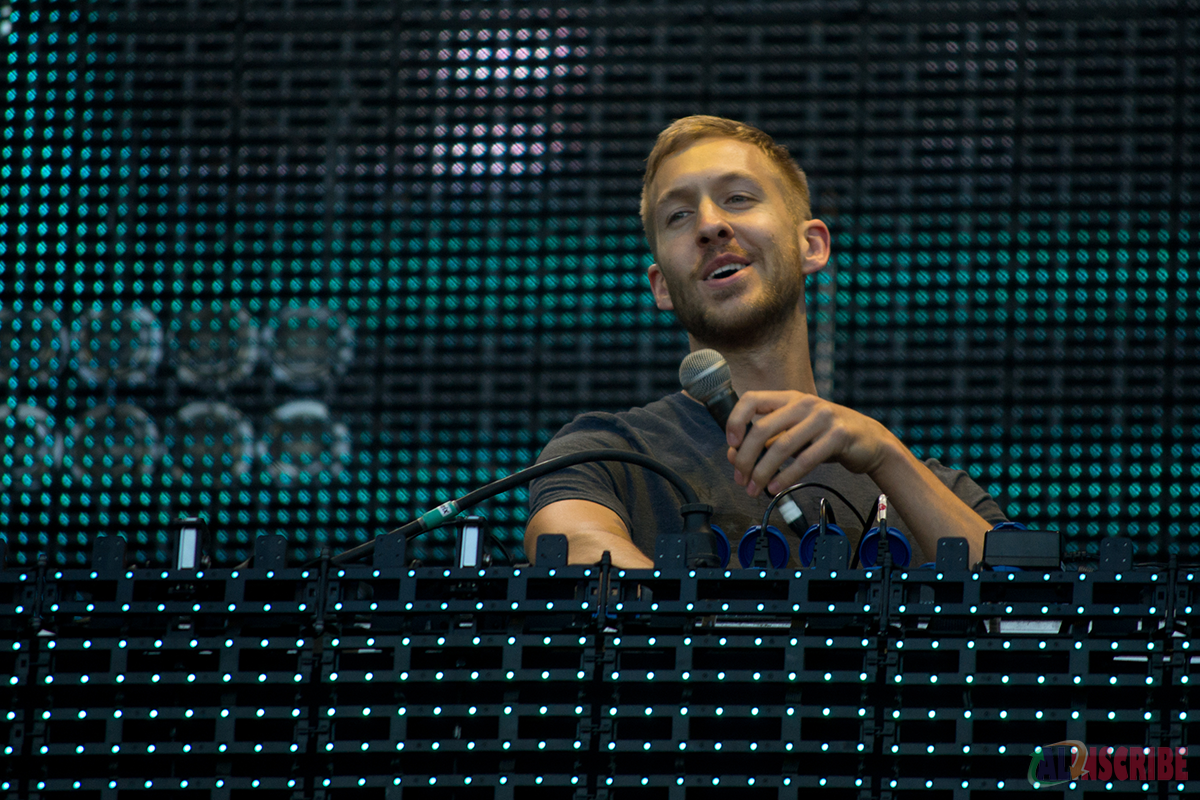 He has released 5 studio albums till now, which are, “I Created Disco,” “Ready for The Weekend,” “18 Months,” “Motion,” and “Funk Wav Bounces Vol. 1.” He has also own AMAs (American Music Awards) for The Favourite EDM Artist twice. We would suggest you listen to his famous songs like, This is what we came for, Need your love, How deep is your love and so on.

He debuted with one of his most famous songs “Turn Down for What”.  Later he produced famous songs like “Lean on” and “Magenta rhythm”. Some of his biggest performances and collaborations include popular artists like, Lady Gaga, Darude, Major Lazer, Pardon My French, and Dillon Francis. 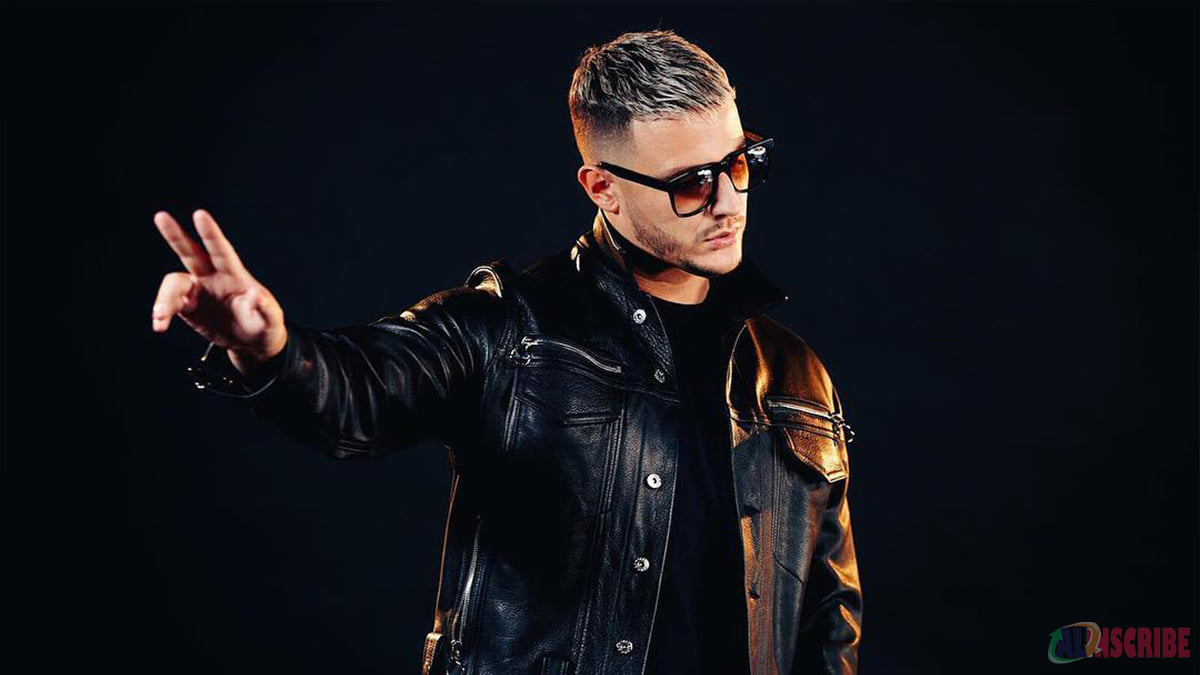 He has released two studio albums till now, which are “Encore” (2016) and “Carte Blanche” (2019). He won Top Dance/Electronic Song Award in 2016 for Lean on. We would suggest you listen to his famous songs like, Turn Down for What, Lean on, Taki Taki and more.

Hardwell, Robbert van de Corput, was born on 7th January 1988 in Breda, North Brabant, Netherlands. He is well known in the music industry as a DJ and as record producer. His music is mostly from Big Room EDM, Progressive & Electro House, Hardstyle, Future Bass, Dance-Pop, and Trap genre. 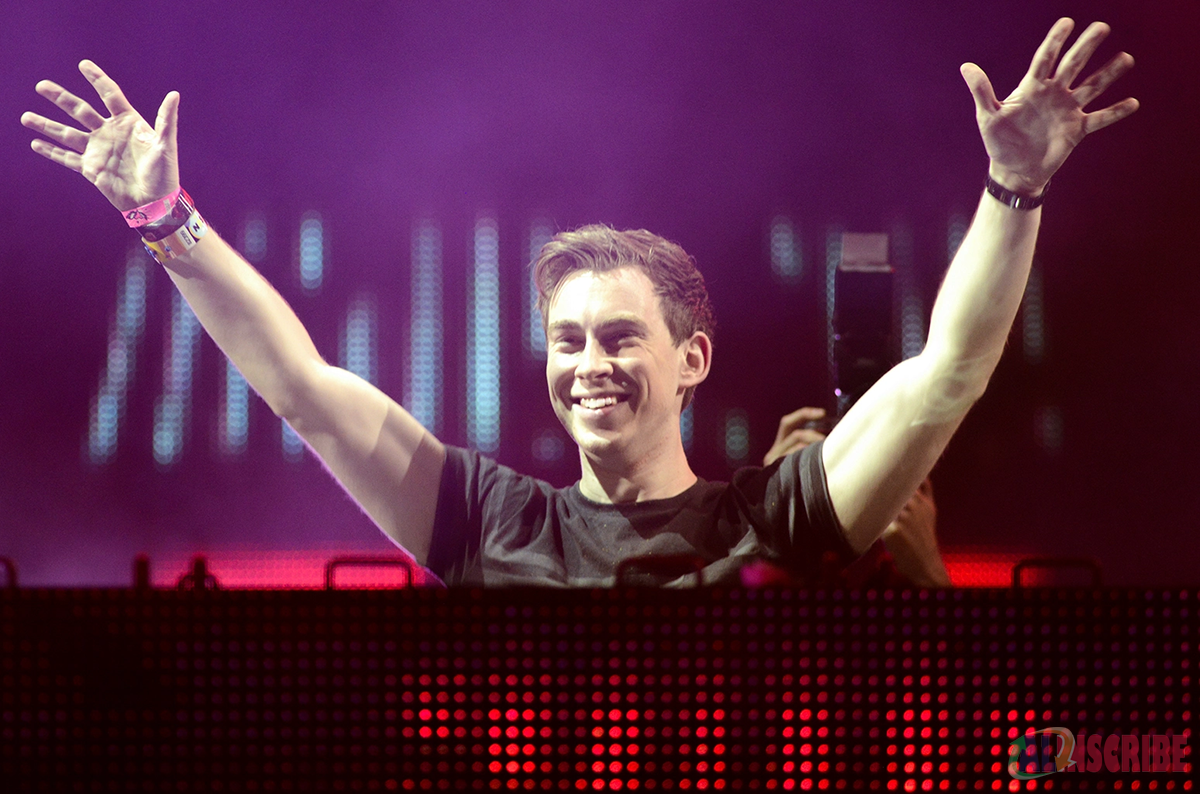 His career started in the year of 2010 when he started his record level “Revealed”. His debut album was called “United We Are”. He is known as one of the most famous DJs in the world wand was also voted as the Top 10 Disc Jockey on the Top 100 DJs by DJ magazine. Some of his best collaborations included Afrojack, Armin van Buuren, Blaster Jaxx, Dimitri Vegas & Like Mike, Dyro Dannic, and Funkerman. You can listen to Hardwell’s Young again, On the hook, never say goodbye, Apollo and more.

Tijs Michiel Verwest, popularly known as Tiësto, was born on 17th January 1969 in Breda, Netherlands. He is preferably known as the “Godfather of EDM” as he is mostly famous for his songs in the EDM genre.

Tiësto gained his international popularity after the release of his very first studio album, “In My Memory”. His popularity only increased with his following hit songs, such as “Just Be,” “Elements of Life,” “Kaleidoscope,” and “A Town Called Paradise.” In 2015 he won Grammy in the “Best Remixed Recording” category for “All of me”. 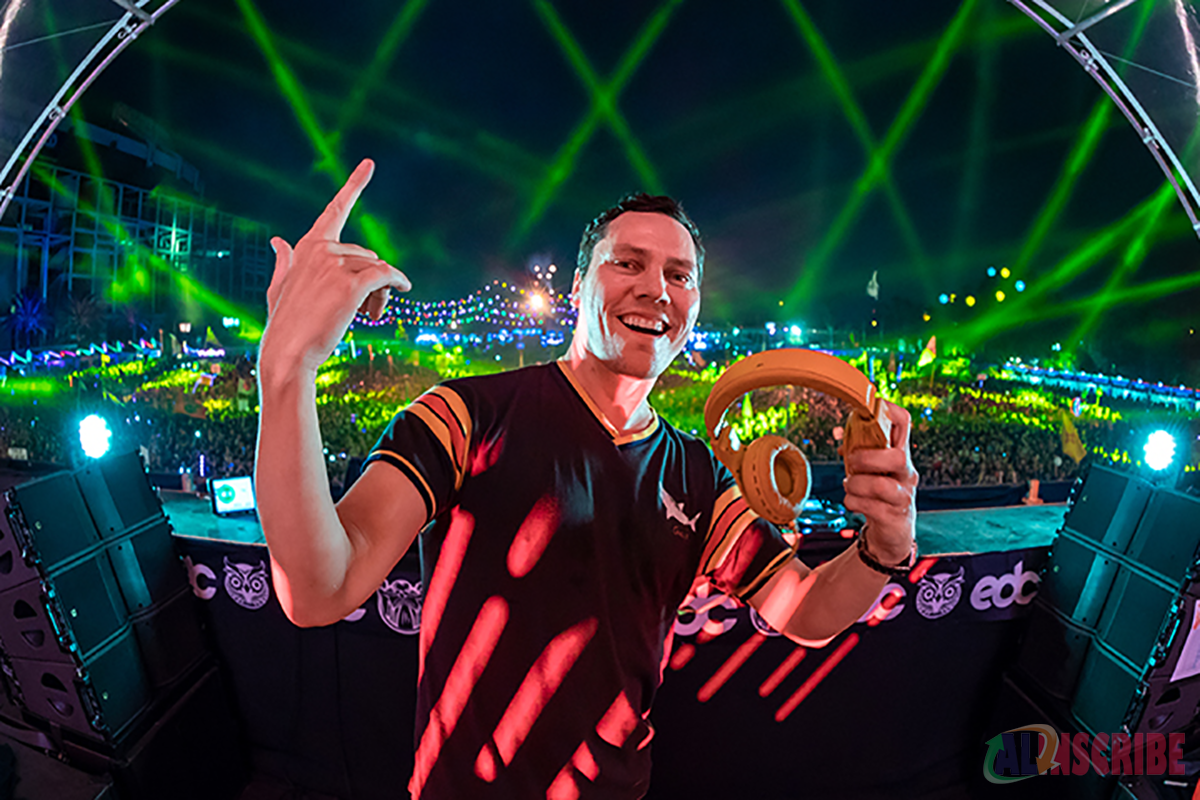 He has performed with other renowned DJs in several festivals. His acts included Armin van Buuren, Hardwell, Steve Aoki, Martin Garrix, and Avicii. We would suggest you listen to his Red lights, Escape me, Love comes again and more.

Skrillex, birth name Sonny John Moore, was born on 15th January 1988 in Los Angeles, California. He has gained the 5th place as one of the top DJs of the world in 2022 with his popular ventures in the area of singing, song writing, record producing, and obviously as a DJ. 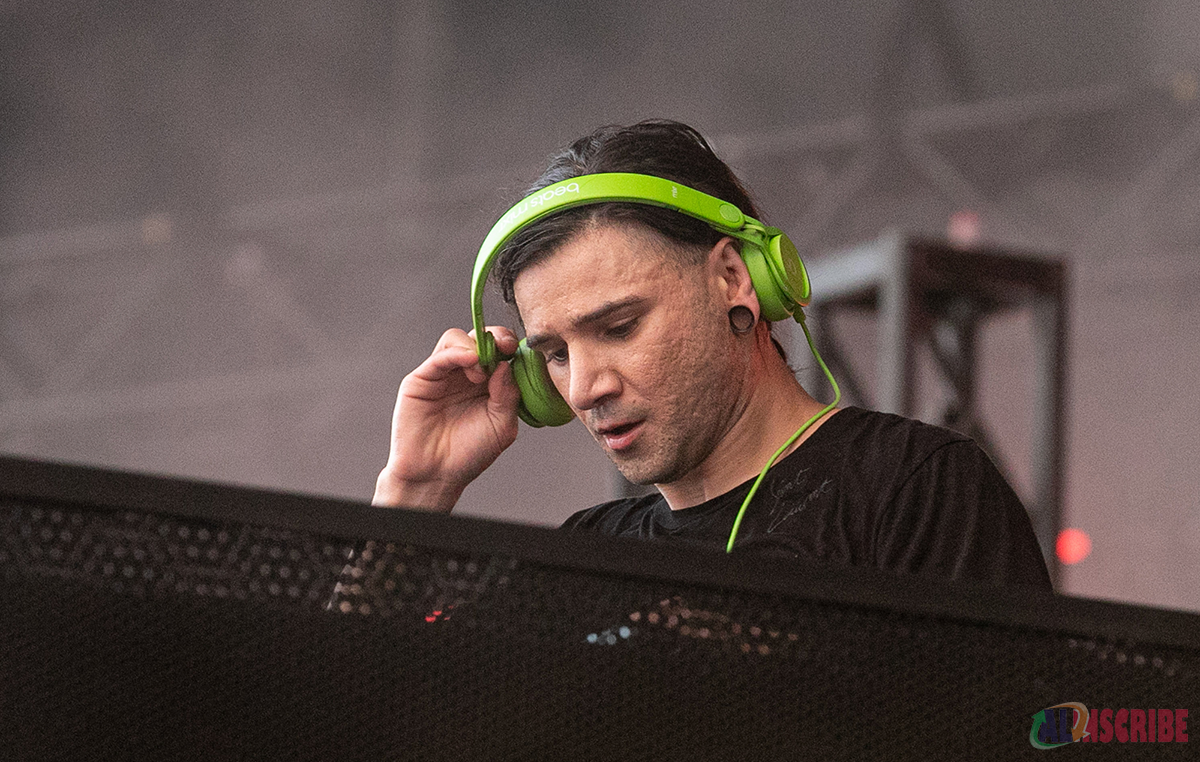 His career started from being the lead vocalist of a local band, which now led him to be one of the most famous DJs of the world. His primary genres of music are, Electronic Dance Music (EDM), Post-hardcore, Moombahton, Trap, Electro House, Dubstep, and Brostep. He is voted as one of the Top 100 DJs by DJ magazine for ten years. He also won eight Grammy awards, which is a wonderful record. You can listen to his top songs including “Make It Bun Dem,” “Try It Out,” “Fire Away,” “Dirty Vibe,” “Lick It,” “Stranger,” etc.

Christopher Comstock is Marshmello’s birth name. He was born on May 19, 1992, in Philadelphia, Pennsylvania, U.S. He is referred as one of the most popular masked DJs in the world. His music mainly belong to the genres of Future Bounce, Electronic, Future Bass, Trap, and Progressive House.

In 2015, Marshmello first uploaded his original song called “Wavez” in his SoundCloud page. Then in the same year he released remixed songs produced by Jack U and Zedd. This release worked in his favour, and he was internationally recognised. Now his YouTube channel has more than 43 million subscribers. 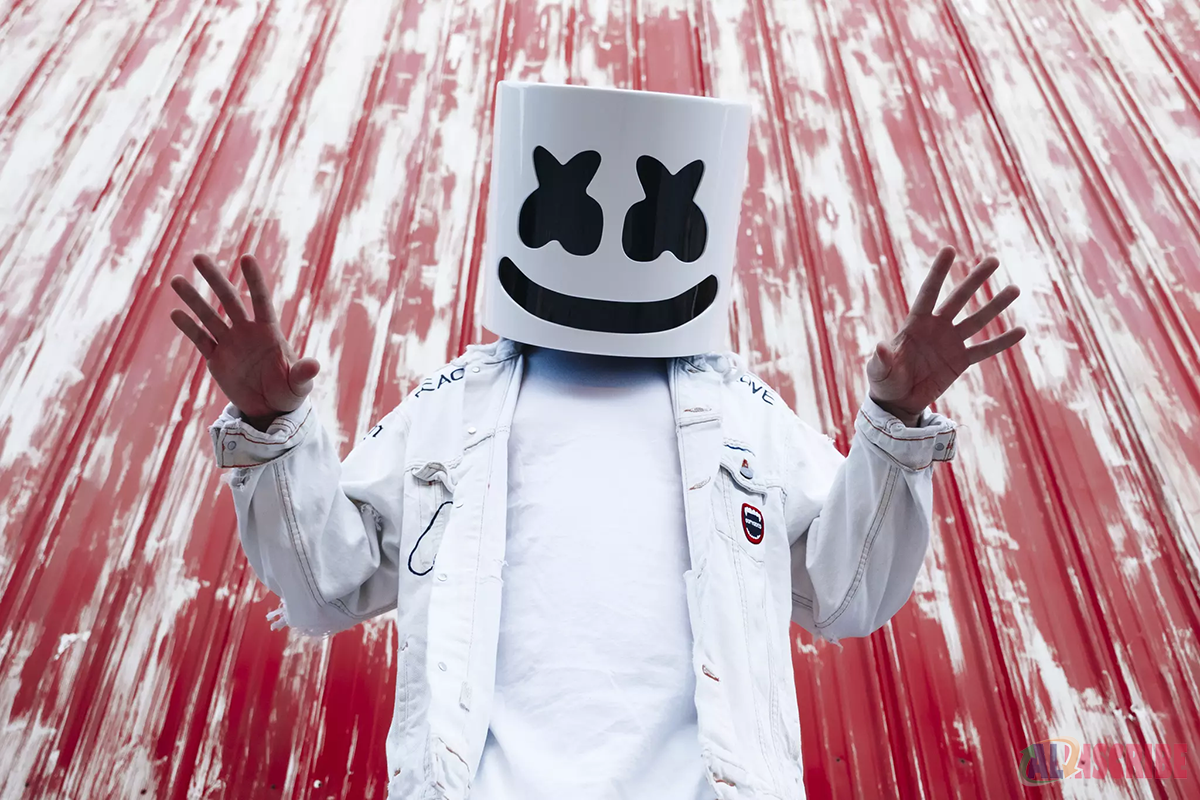 Several of his songs have been featured in the Billboard Hot 100, some even has gained positions within top 30. This is why he has gained the fourth position in the top 10 DJ list. His best songs include, Wolves with Selena Gomez, Friends with Anne Marie, Happier, Silence and more.

Dimitri Vegas & Like Mike are Belgian-Greek DJ duo, who are brothers named Dimitri Thivaios and Michael Thivaios. They are one of the most famous and popular DJs all around the world according to DJ magazine. Their primary genres are, Electro House, Moombahton, Chillout, Future Bass, Dance Pop, Psytrance, Hardstyle, and Big Room House. 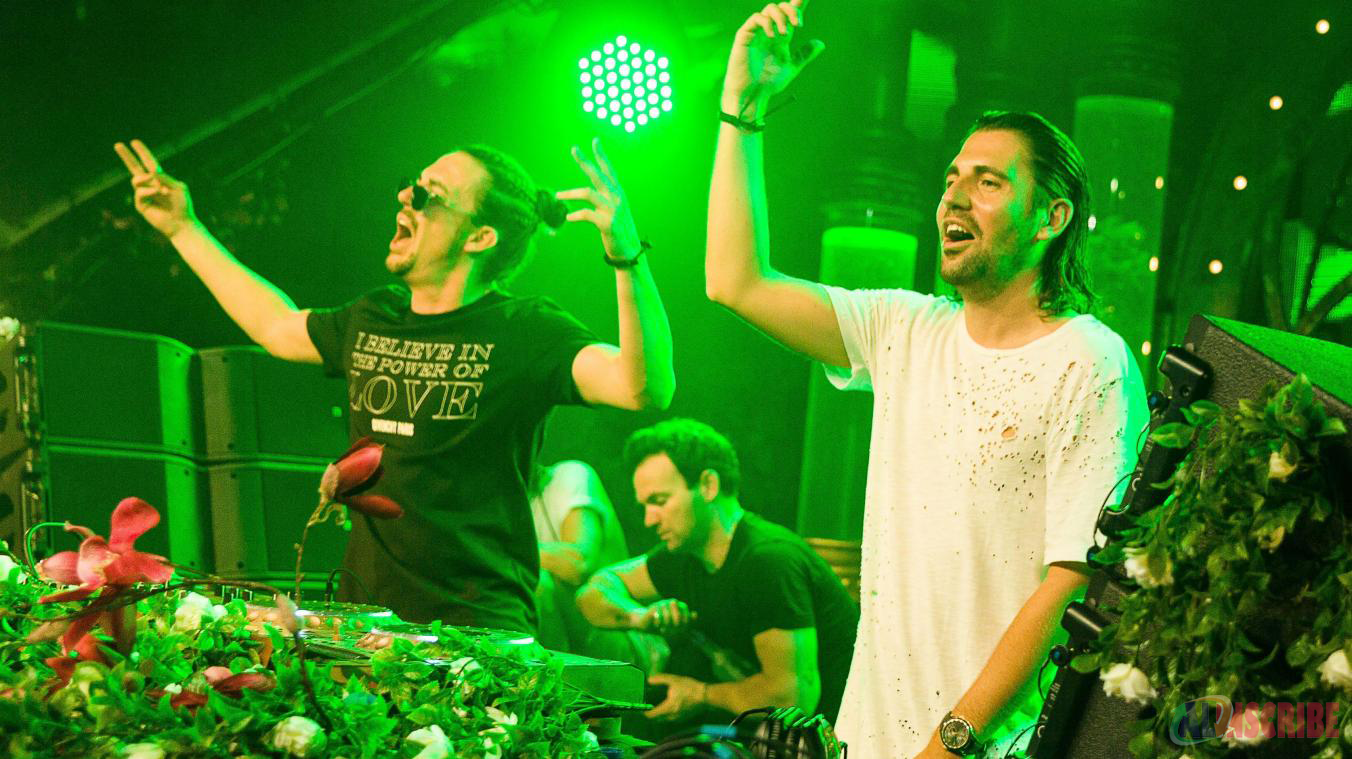 Their career kick started when they collaborated with Tomorrowland. They have also invested their interest in collaborating some of the most well-known DJs, such as Hardwell, Martin Garrix, Steve Aoki, Afrojack, Tiesto, David Guetta, Diplo, and Ummet Ozcan, and many more. Some of their best songs are, “Higher Place,” “Madness,” “When I Grow Up,” “G.I.P.S.Y,” “Tomorrowland Anthem,” “Wakanda,” “Everybody Clap.”

David Guetta, full name Pierre David Guetta, was born on 7th November 1967 in Paris, France. He has got the place as the second-best DJs all around the world. He is one of the most famous Disc Jockey, Programmer, Songwriter, and Record Producer. He has more than 10 million albums and 65 million singles sales globally, with more than 10 billion streams. In 2020 and 2021, Guetta acquired the top position in the list of Top 100 DJs in DJ magazine.

Even though he started his career actively in the year of 2002, he got international fame with the release of his album “One Love” in 2009. His hit single “When Love Takes Over” got the top position in the Billboard Hot 100 chart in 2013. He even won a Grammy for “When Love Takes Over” in the category of Best Remixed Recording, Non-Classical. 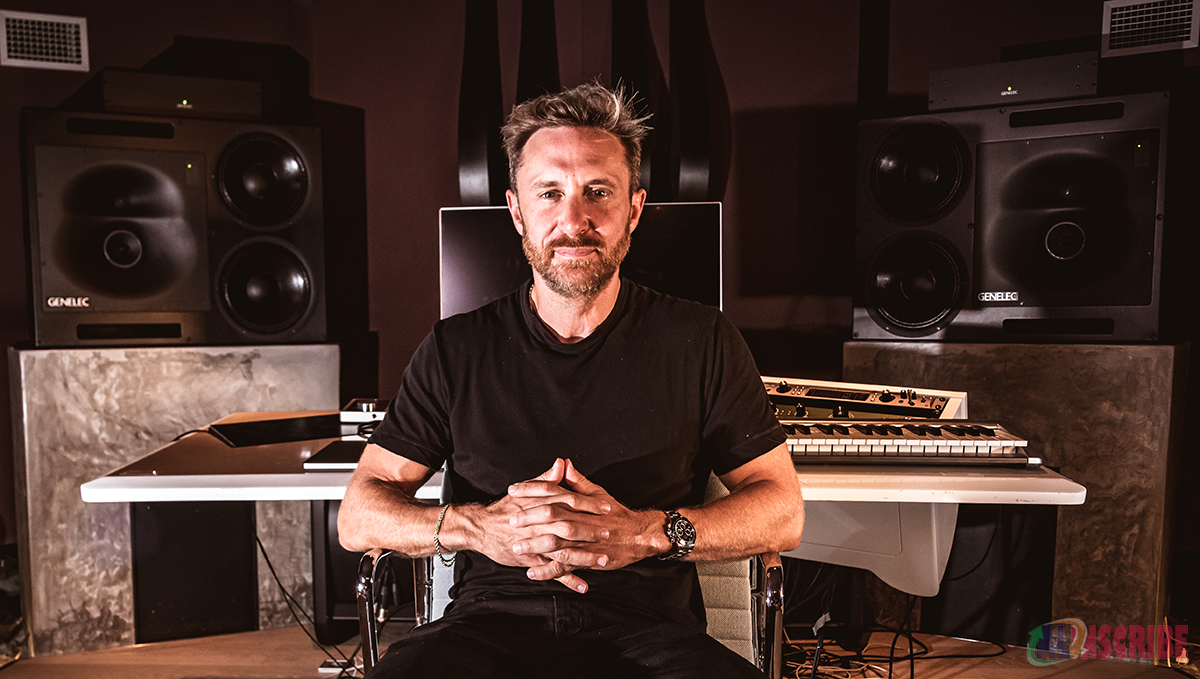 He has released seven albums, which are “Just a Little More Love,” “Guetta Blaster,” “Pop Life,” “One Love,” “Nothing but The Beat,” “Listen,” and “Seven”. His associated performances included artists like, Martin Garrix, Glowinthedark, Avicii, Afrojack, Will.i.am, Nicky Romero. His most famous songs include Hey Mama, Titanium, When Love Takes Over, Heartbreak Anthem and more.

We are at the end of the list and the biggest DJ of the world in 2022 is Martin Garrix, who is also the youngest DJ of the list. he was born as Martijn Gerard Garritsen on 14th May 1996 in Amstelveen, Netherlands. His primary genres are Progressive house, big room house, Dutch house, Deep house, electro house and future bass.

Garrix started his journey as a DJ when he was only eight. And he has successfully managed to gain popularity leaving the others behind him. He became the youngest DJ and one of the youngest artists to perform at Ultra Music Festival and Tomorrowland. He gained fame with his solo release “Animals”, which became a huge hit in international level, in the year of 2013. 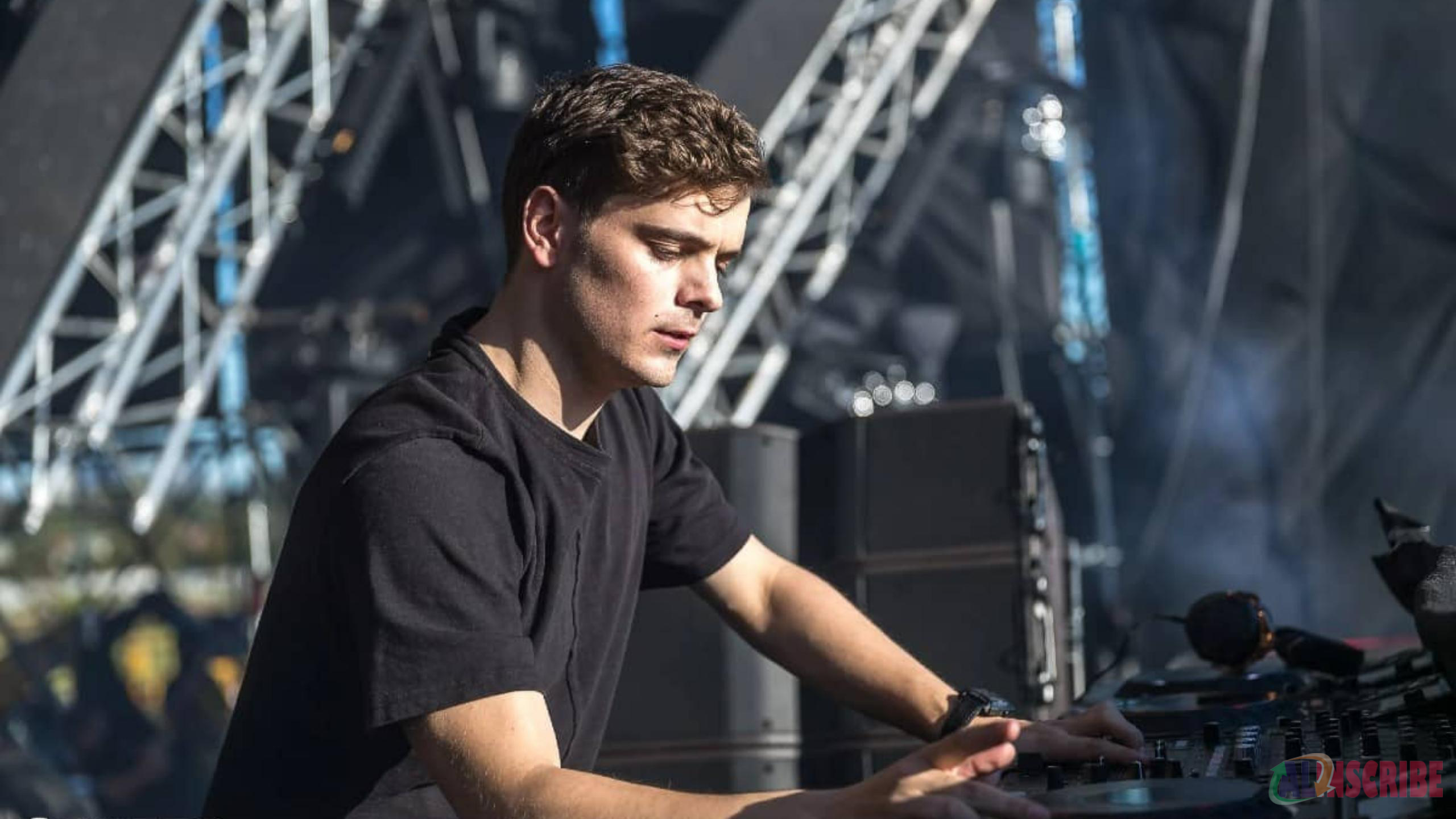 Now he has already released four studio albums which are, “Gold Skies,” “Break through the Silence” with Matisse & Sadko, “Seven,” and “Bylaw.” He has won several nominations and awards in some of the biggest award events. He won Dance Music Awards three times. He won awards as the best newcomer as well. Some of the best performances were associated with David Guetta, Brooks, Avicii, Jay Hardway, Mesto, Afrojack, Dimitri Vegas & Like Mike, and Tiesto (who actually discovered Garrix). Some of the most popular songs include, Animals, There for you, In the name of love, and Scared to be lonely.

There are some of the other famous DJs who have not made it to top 10 but definitely deserve a mention, they are,