Top 10 Pharmaceutical Companies In The World 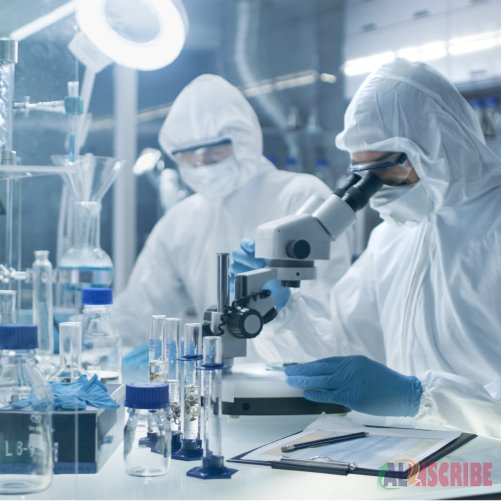 However, majority of us are unaware about these established global pharma companies, which have been serving us for a long time now. Therefore, to help you in gathering some valuable information as well as for enriching your area of knowledge, we have prepared this article. Here we will represent the Top 10 Pharmaceutical Companies in the world.

The 10 companies are arranged in a descending order. An explanation is provided for each of the companies along with their reported revenue collection. The discussion is presented below. 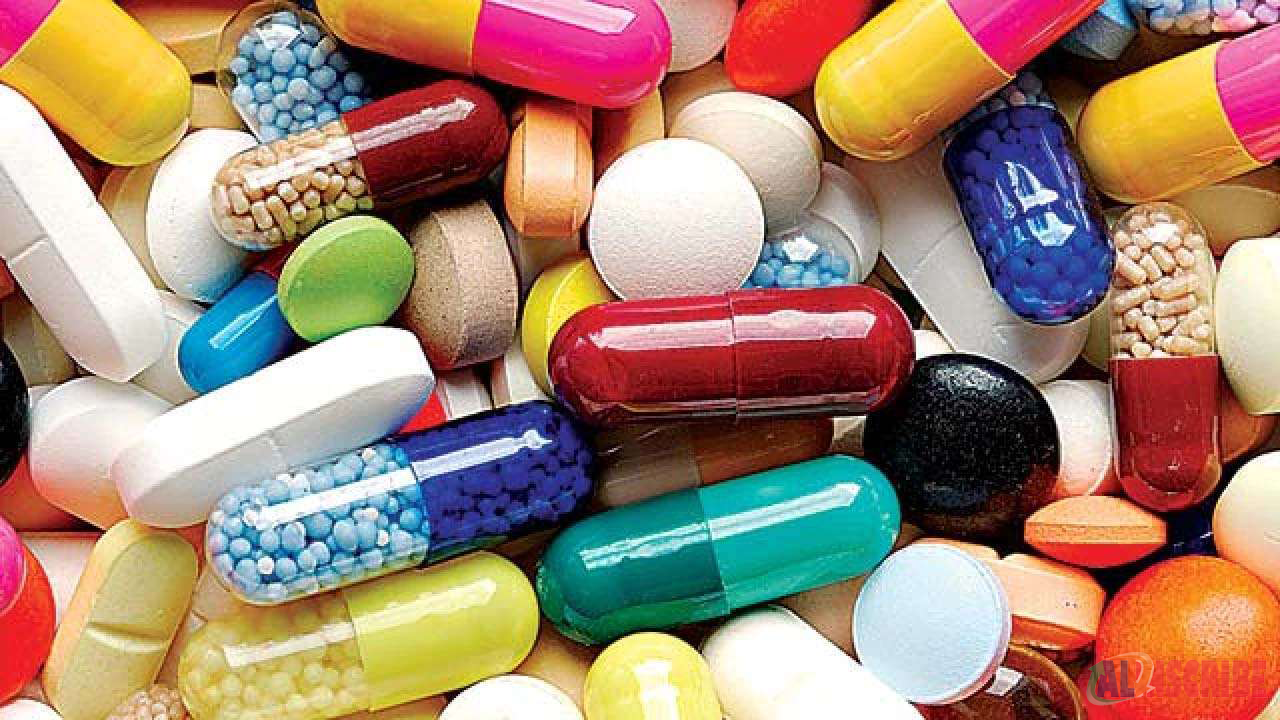 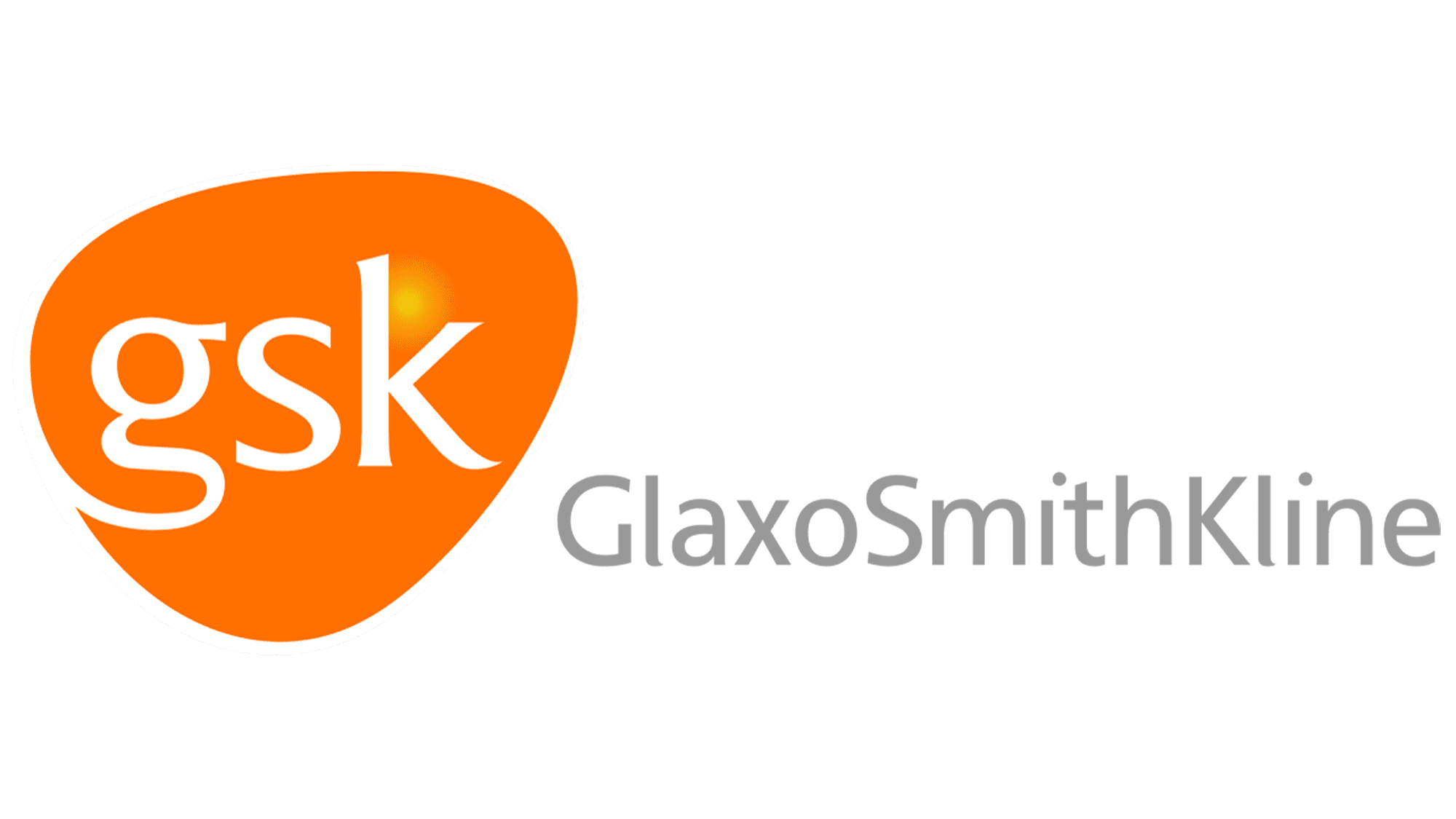 GSK, GlaxoSmithKline, is a UK based company, which is now known as one of the biggest names in the global pharmaceutical industry. The company formed in the year of 2000 as a merger of Glaxo Wellcome plc and SmithKline Beecham plc. The reported revenue generation of the company is $32.1bn, which has recently gone up by 3%.

GSK specializes in the field of vaccines, biologics, consumer healthcare and pharmaceutical. The pharma division of GSK was initially powered by sales for Xevudy. Xevudy is the monoclonal antibody treatment that has contributed a significant part in the Covid-19 medication. It has also contributed to the overall profitability of the company and enhanced it by 6%. Moreover, the pharmaceutical growth of the company has seen a growth of 2% as well, which was offset by the low demand in vaccination of the adults due to the invasion of Covid-19.

In the year of 2022, GSK has taken a new decision of demerging from its healthcare division in order to form a new company call Haleon. By demerging the company looks forward to focus only on vaccines, biopharmaceuticals for providing humankind with new wonders in the area of medicines. 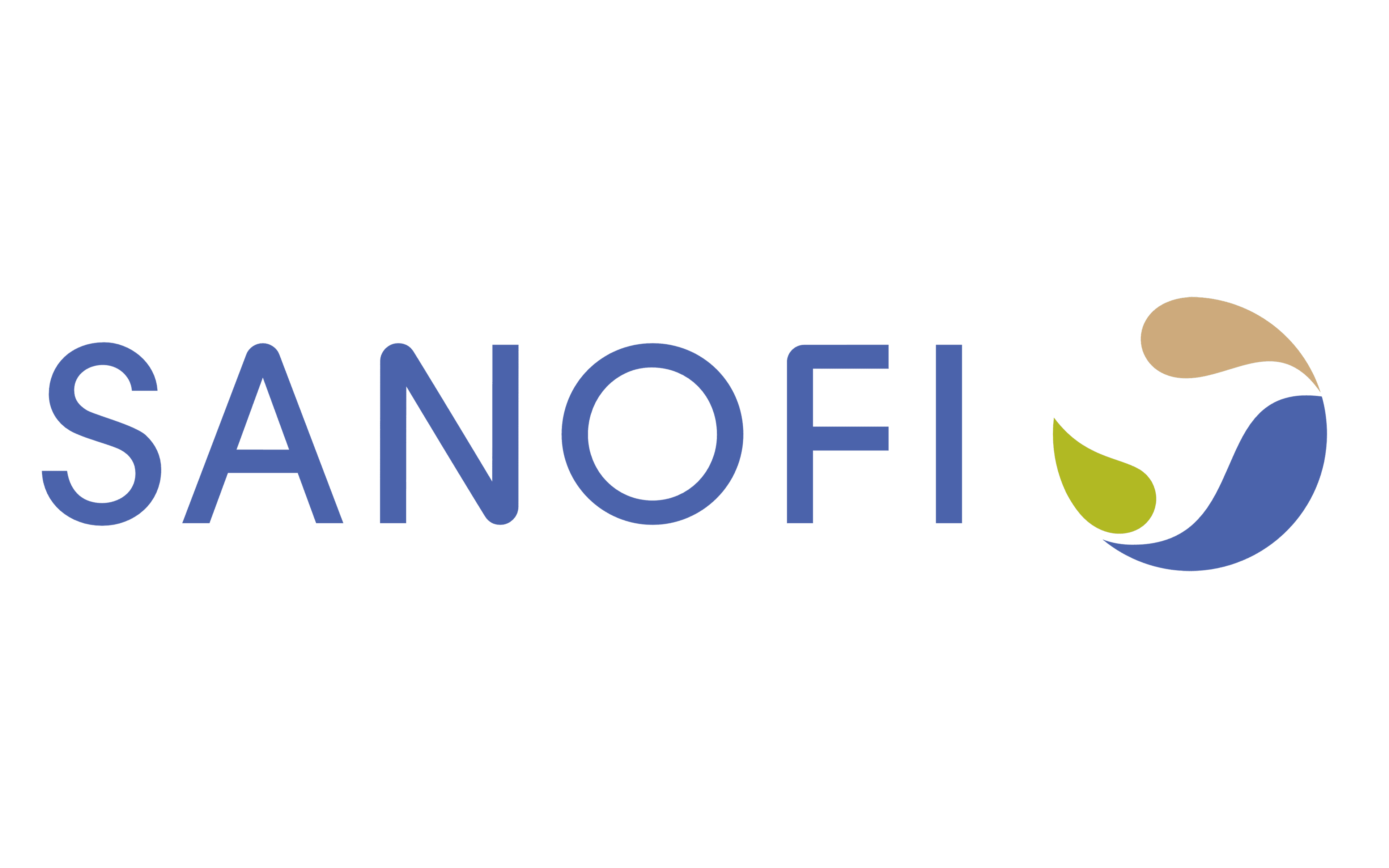 Sanofi stands in the 9th position in the list of the top 10 pharmaceutical companies. It is a French company that has been providing services in healthcare industry for over 100 years. The company is recognised all over the world for its speciality care, general medicines, vaccines and more.

In the year of 2021, Sanofi witnessed a sale totalled of $36.6mn by its vaccine and pharmaceutical sales. However, the sales went down by 2% due to the impact of exchange rate even though the company had witnessed a hike of 5% in euros. Sanofi’s pharmaceutical department specializes in speciality care drugs and general medicines. Nevertheless, the key revenue generators of the company includes Dupixen, Eczema treatment, which propelled the sales up by 48%. Even the vaccination department of the company has seen a substantial growth even though it started to slow down as the demand of US influenza vaccines went down in 2021.

The company has been focusing a lot on its R&D department for producing several new innovating medicines. The primary area of the company’s innovation stays in oncology, inflammation, and immunology. Sanofi has also launched a new brand identity in 2022 for establishing its long-term growth strategy. 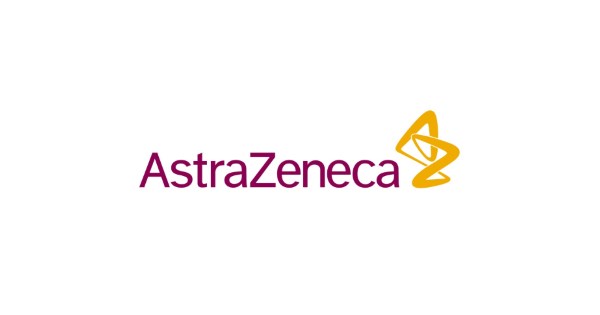 AstraZeneca is the holder of the 8th place in the top 10 list of global pharma companies. The company operates it ventures from Cambridge, UK. The company is well known for its grasp over several major disease areas including, oncology, gastrointestinal, infection, inflammation, neuroscience, respiratory, and cardiovascular. In the year of 2021, the company has witnessed a massive growth of 41%, which gifted it with a revenue collection of $37.4bn.

Not only the major regions but also the emerging markets has shown the company with a significant amount of growth and added up to the overall revenue generation. This growth was certainly a result of acquisition of the American company, Alexion. This acquisition also propelled up AstraZeneca’s rare disease medicine revenue by 8%. Also, oncology department has shown a growth of 38% in 2021.

AstraZeneca teamed up with Oxford University and launched their Covid-19 vaccine in 2021. And since then, over 2.5 billion doses have been released for supply. The product sales of the company has reported a collection of $3,917mn in 2021. They also launched Evusheld, which became quite popular in Europe and other emerging markets. AstraZeneca looks up to invest more in their already popular medicines along with investing in the clinical pipelines in near future. 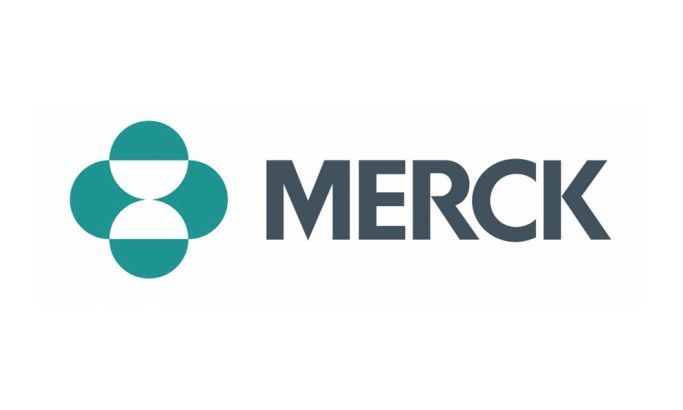 Merck & Co is an American pharma company, which is also one of the oldest pharmaceutical companies to exists. The company started its journey from 1891 and has been managing its business successfully by eventual expanding their markets. The headquarters of the company is situated in New Jersey. The primary focus of Merck & Co stays in the areas of vaccines, animal health and pharmaceuticals.

This American multinational company possesses more than 68,000 employees all over the world, which provides an idea about the company’s well-maintained success. It is recognised for its contributions to diabetes and cancer care. Moreover, the company has also seen a recent growth in the area of oncology. The sales of Merck & Co went up by 17% and allowed the company to generate a revenue of $42.8bn. The sales of hospital acute care products have also raised due to Covid-19 and that became another significant of the company’s hike in revenue generation.

The most popular and primary revenue generator for Merck & Co is Keytruda, which is one of the most significant contributors in the course of the company’s growth. However, Keytruda is more likely to run in loss by the year 2028 and that is why the company has to look for a different agent to carry forward its growth. Hence, it was announced by Merck & Co that it will be acquiring Acceleron Pharma for $11.5bn. 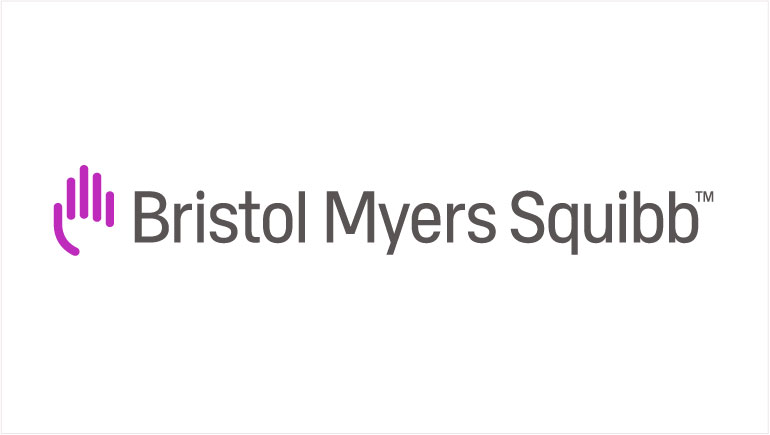 Bristol-Myers Squibb is an American pharma company, which is headquartered in New York. The company has been managing its business in the pharmaceutical industry for over 135 years. The major areas of focus for the company is oncology, hematology, immunology and cardiovascular disease. The total revenue generation of the company went up by 12% and became $46.4bn in 2021. The hike in revenue generation is a result of success in stroke medication, new products and Eliquis making the company the sixth largest pharmaceutical company of the world. 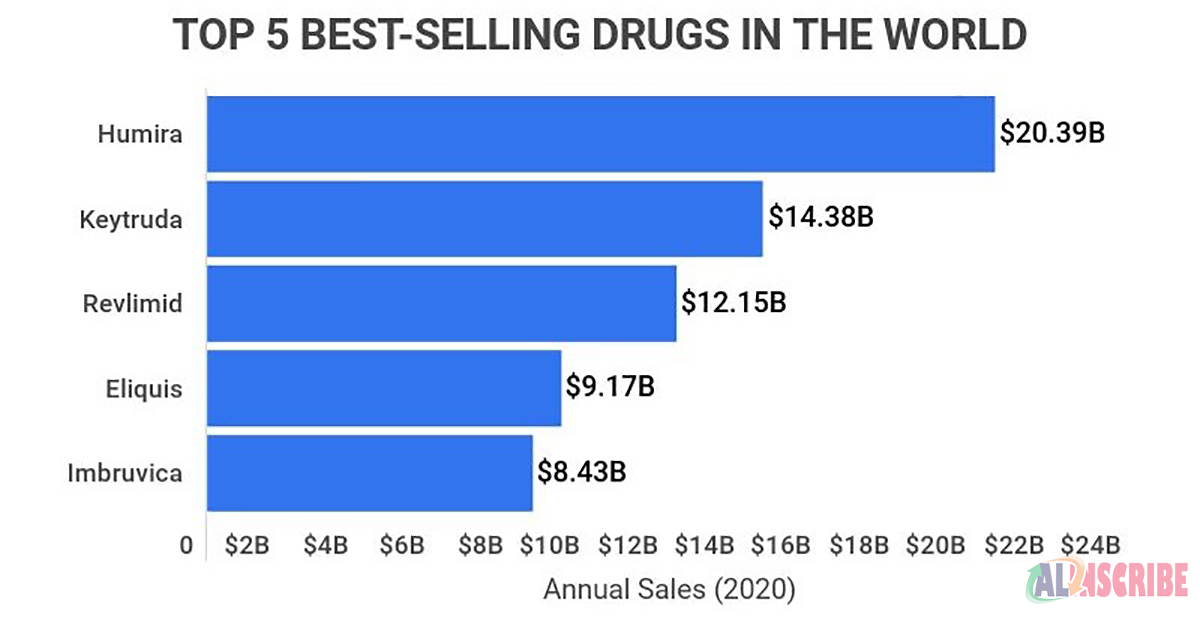 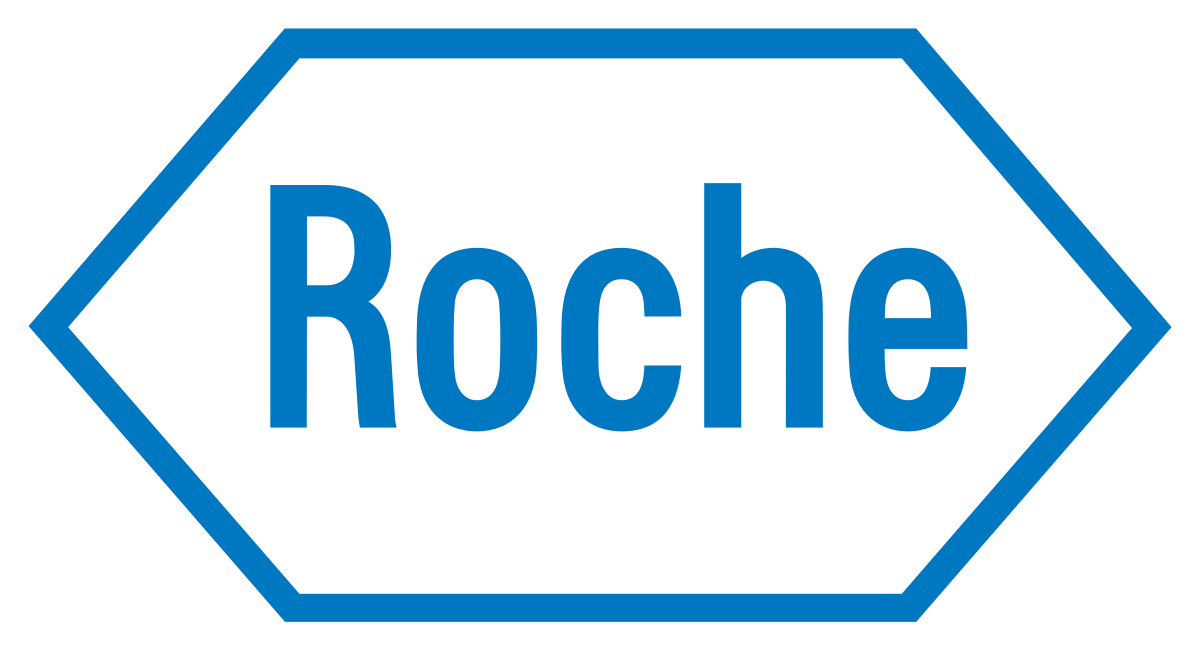 Roche used to feature as the top pharmaceutical company all over the world before 2021, however, now it has slipped to number 5 with a -2% downgrowth. The Swiss company, which is headquartered in Basel, Switzerland, has a workforce of over 90,000. Roche specializes in immunology, oncology, neuroscience, ophthalmology, and infectious diseases.

The pharmaceutical department of the company accounted for 72% of their overall revenue. However, the sales resulted in $48.5bn after being hit by a 2% of down growth, which also went up by 3% as an impact of the changes in exchange rate. In 2020, the company was negatively affected by pandemic as the patients continuously avoided visiting the healthcare providers. In 2021, the company was capable of getting back in their feet as they uptake the compensation for new medicines. The diagnostics division of the company took the upper hand in Roche’s overall performance.

In near future Roche looks forward to build partnerships in order to provide the patients with more enhanced personalised healthcare services. It also shows a promising year ahead for strong pipelines with 14 new molecular entities in late-stage trials. 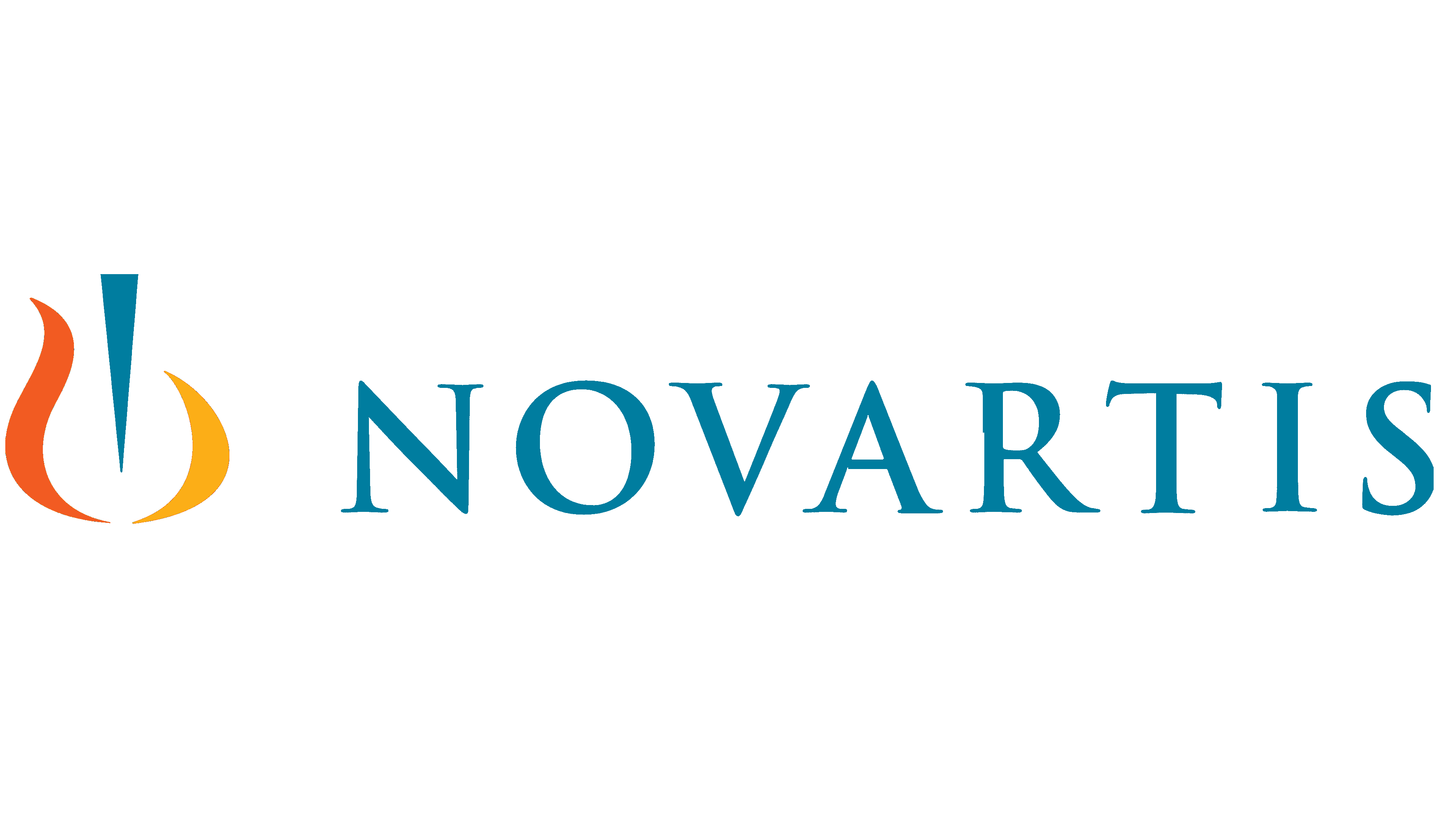 Novartis specializes in 5 therapeutic areas including, Cardio-Renal, Immunology, Neuroscience, Oncology and Hematology. The company also focused a lot in strengthening the technological platform for creating a balanced geographic footprint. The sales of Novartis’ Sandoz division witnessed a hike of 2%. However, Novartis is now reviewing the position of Sandoz in order to make some strategic decisions.

The year of 2020 was not very fruitful for the company as it lost several patents and faced a stiff competition with the other pharmaceutical giants. The company also agreed to sell its stake to its rival company, Roche, in order to deploy the transition in reinventing medicine. The overall revenue collection of the company has shown a hike of 6% that resulted in a revenue generation of $51.6bn. 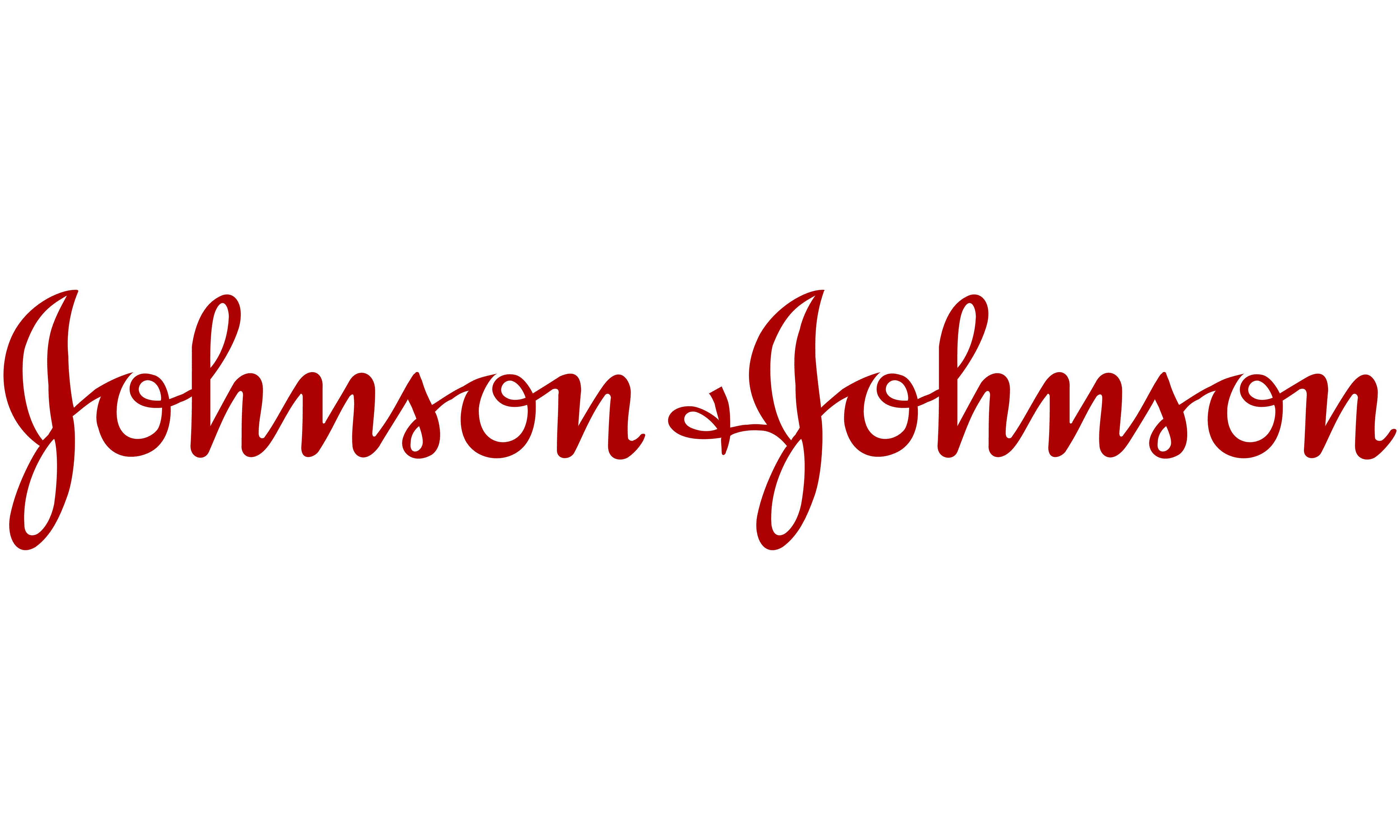 Moreover, the single dose Covid-19 vaccine produced by the company also approved for emergency use, which further contributed towards the growth of the company. 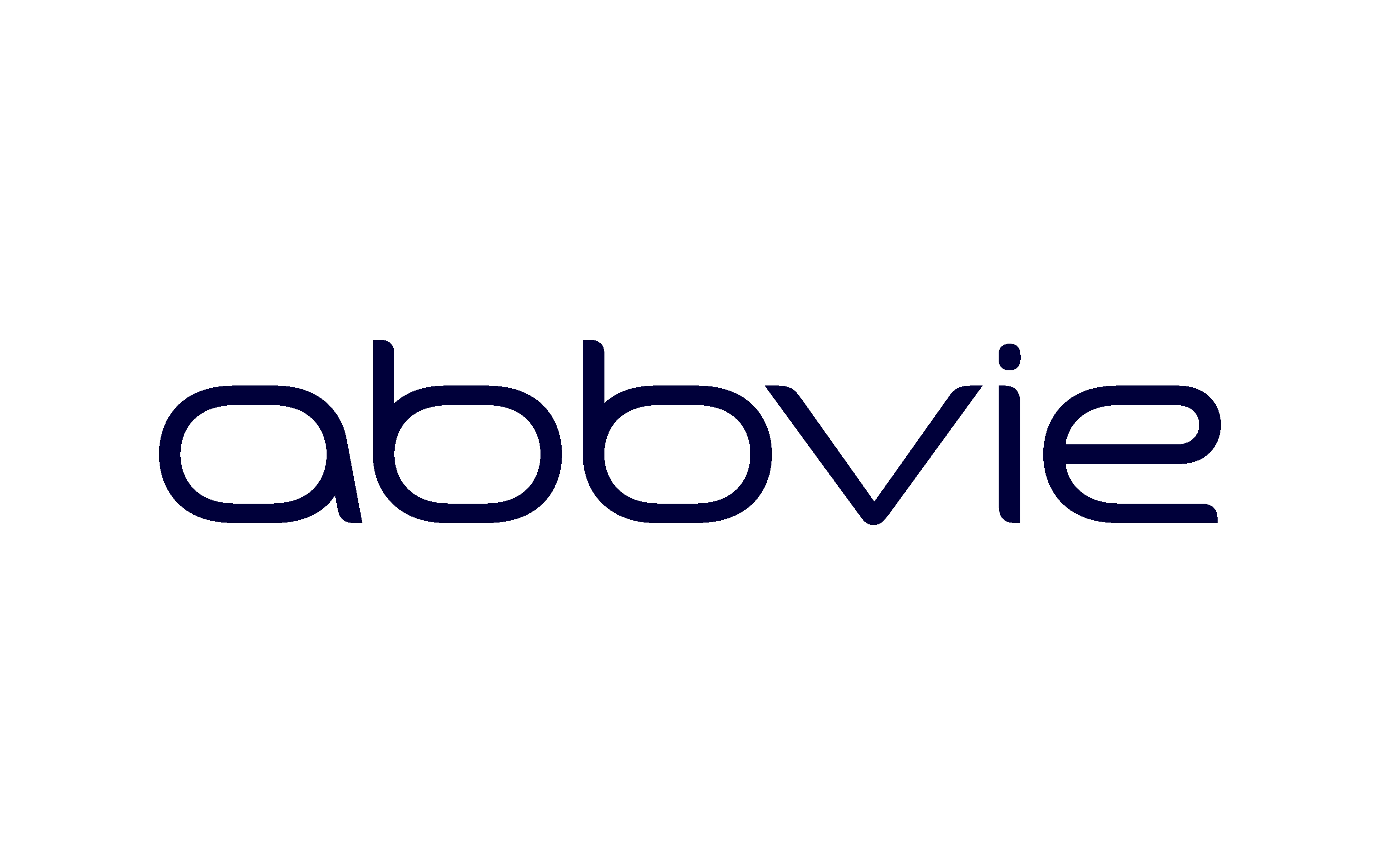 AbbVie stands as the second largest pharmaceutical company of the world with its recognition in innovative ideas regarding pharma. AbbVie officially started its journey in the year of 2013 after being separated from Abbott and now it provides its services in 70+ nations all over the world. The company specializes in the areas of therapeutic treatments that include oncology, neuroscience, and immunology.

The sales of the company propelled by a solid 22%, resulting in a revenue collection of $56.1 billion. The immunology department significantly contributed to this growth as it showcased a growth of 14.1%.

AbbVie is preparing to witness an increasing competition in market against its rheumatoid arthritis medicine, Humira. However, the company’s cancer drug Venclexta is still promising enough for strengthening the company’s market position. 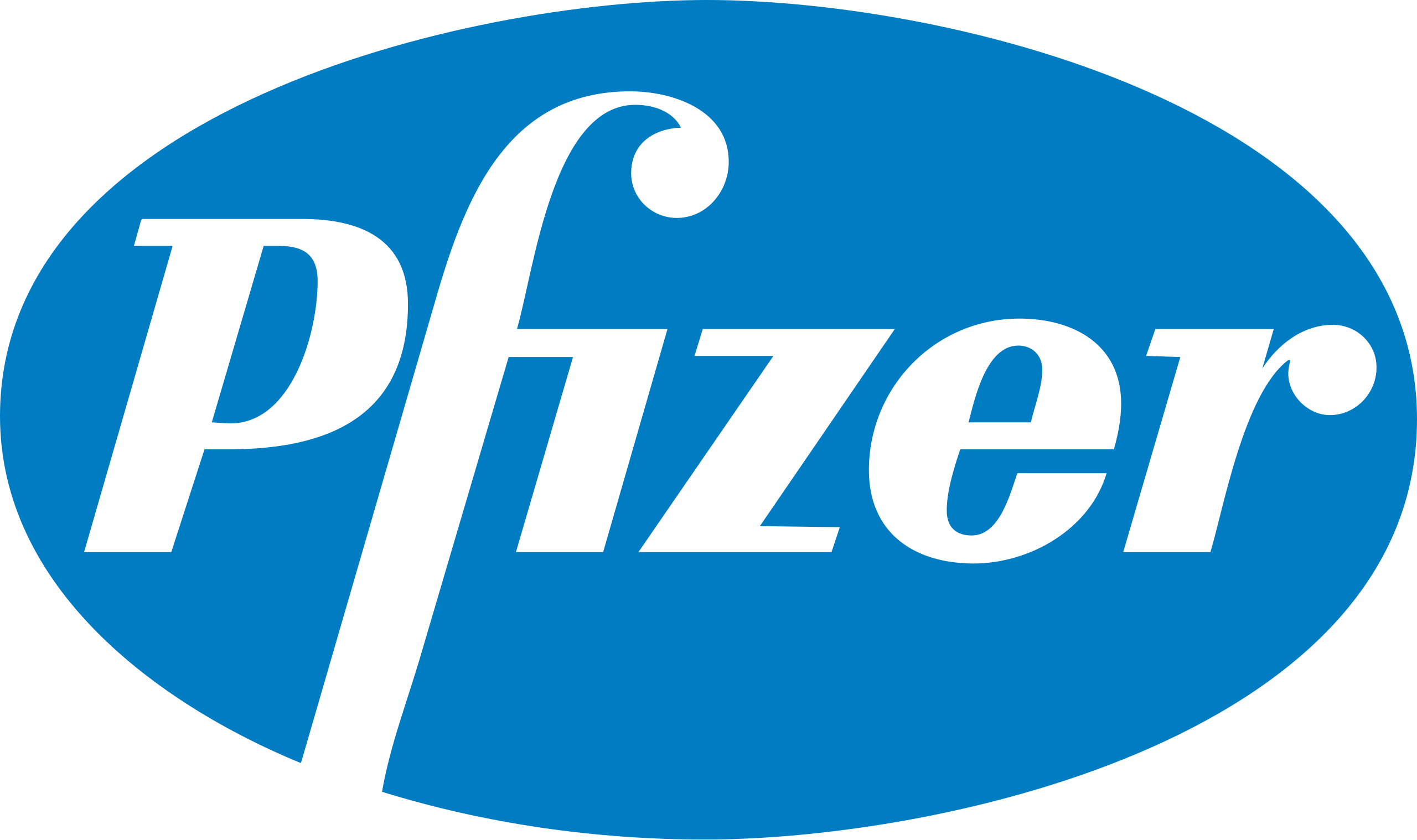 Pfizer has taken the top place for the top 10 pharmaceutical companies of the world. The growth of Pfizer is splendid in simple words. The company raised to its top position from number 6 even after facing several loses during prior years. This American multinational company has its headquarters situated in 42nd Street in Manhattan, New York City. It has been providing a service since 1849, for over 173 years.

The company has witnessed a downgrowth in its sales by 19% last year and since then the company has focused on innovative biopharmaceutical. It now specializes in discovery, development, marketing, manufacturing, distribution, and sales of pharmaceuticals. As a result, Pfizer witnessed a growth of 90%, resulting in a revenue generation of $79.6 billion. However, the major credit of this growth goes to Comirnaty, which is a Covid-19 vaccine. Comirnaty played a huge role in strengthening the market position of the company, as it was a complete success, which saved millions of lives. Paxlovid, a pill treatment for Covid-19 was approved by FDA, which is marked as another success of Pfizer.

The top 10 pharmaceutical company along with their revenue are presented below,

We have discussed about the biggest pharma companies of the world along with appropriate information regarding their ventures. Hope this article is helpful to the readers for generating knowledge about the pharmaceutical industry.