10 Largest Banks Of The World To Rule The Finance Industry 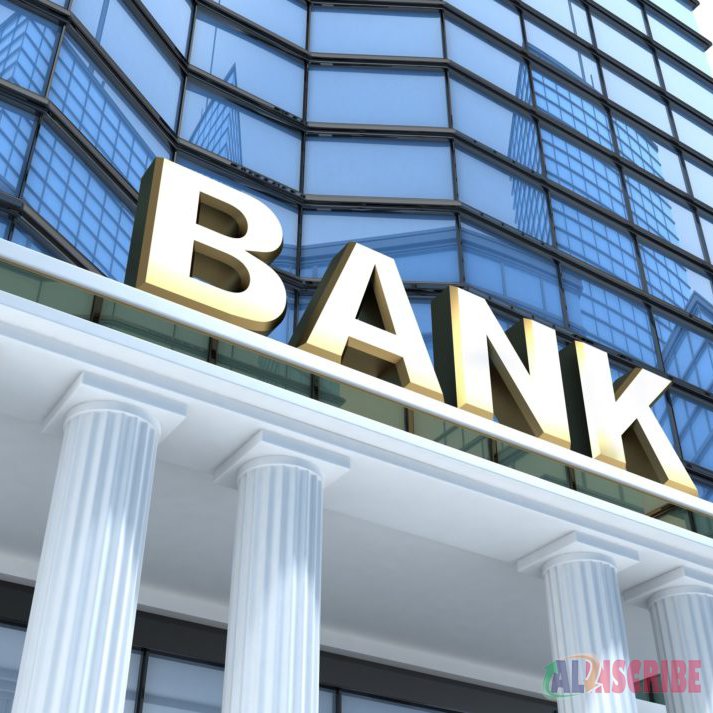 Banks play the hugest and most significant role in maintaining the balance of global finance industry. To provide the definition of a bank it can be stated that banks are the financial organizations that offer a number of products and services related to finance. The primary products and services include, deposit management, wealth management, lending, investment banking and currency exchange. The customers of a bank can be individual consumers, businesses and other type of clients. When a bank has clients associated with small and big companies, they are referred as the commercial banks. The large banks these days provide a large number if services to some of the biggest companies of the world by offering them loans, certificate of deposit, checking accounts and more. They also work with the corporates and operate investment banks to provide services related to brokerage, stock offers and M&A advisory.

This article contains information on the 10 largest banks of the world based on their revenue and market capitalization. Please note that the mentioned banks have been ranked based on their market cap and generated revenue. 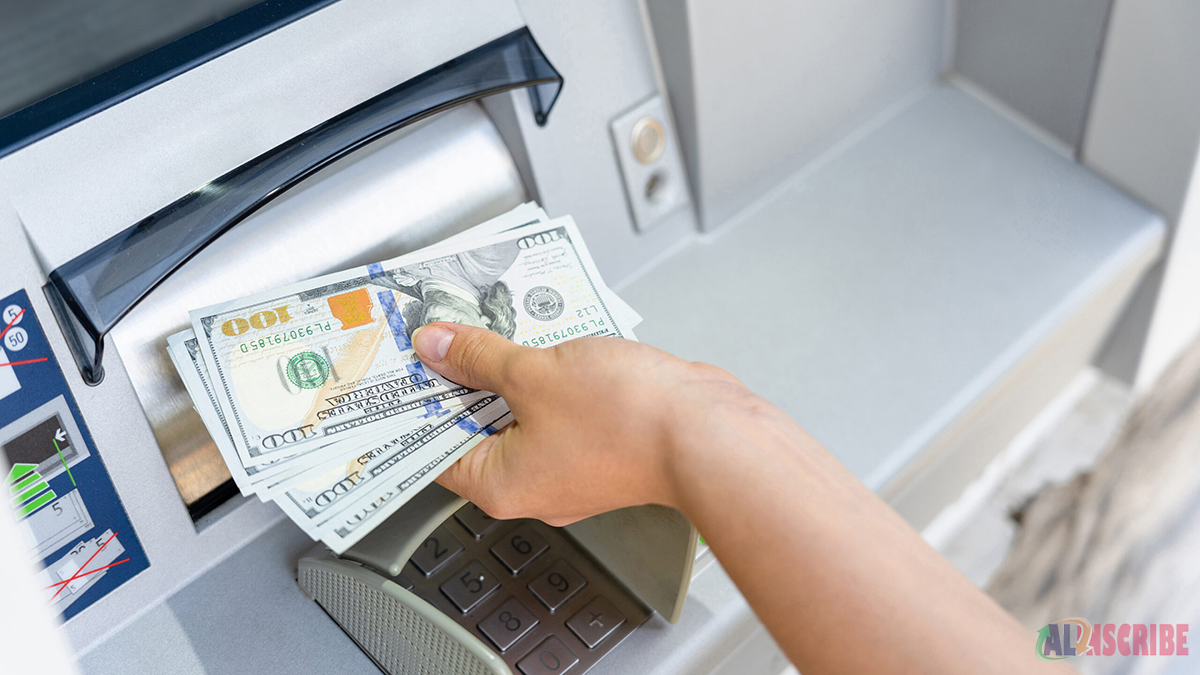 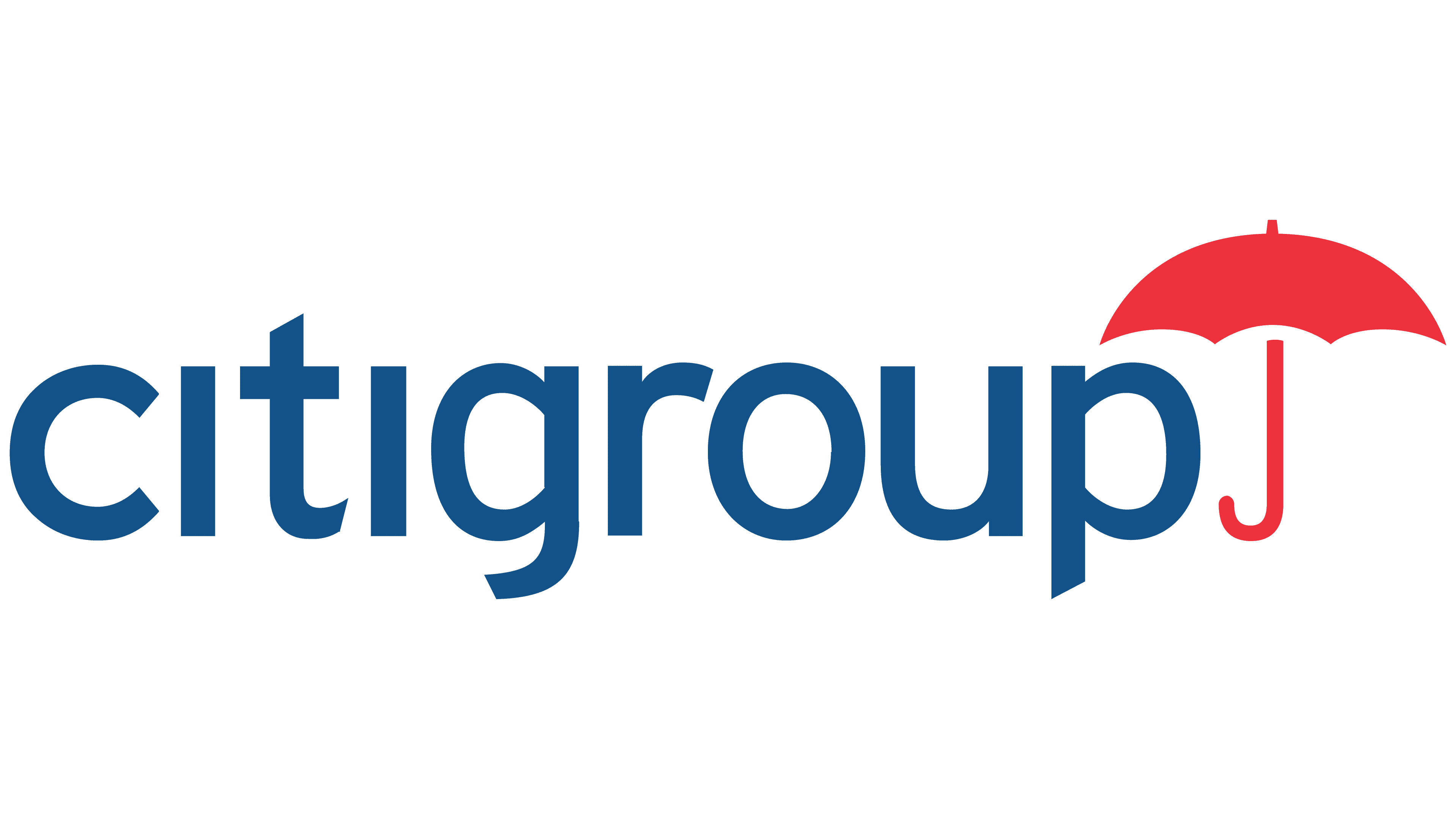 Citigroup Inc. is an American multinational investment bank that has its headquarters in New York. The bank was formed after banking giant Citicorp and financial conglomerate Travelers group merged in the year of 1998. It is recognized as the third largest banking organization of the US. It is also ranked 33rd on Fortune 500 for 2021 ranks. The bank reportedly has almost 200 million customer accounts and it holds its business in more than 160 nations. The employee number of the bank has crossed 204,000. The bank was also recognized as one of the largest security services that has over $23.6 trillion assets under its custody. Hence, it is not a surprise that Citigroup Inc. has secured the 10th position in the list of top 10 banks of the world based on revenue. Jane Fraser is the CEO and the president of the company while Jhon C. Dugan is the chairman of Citigroup Inc. 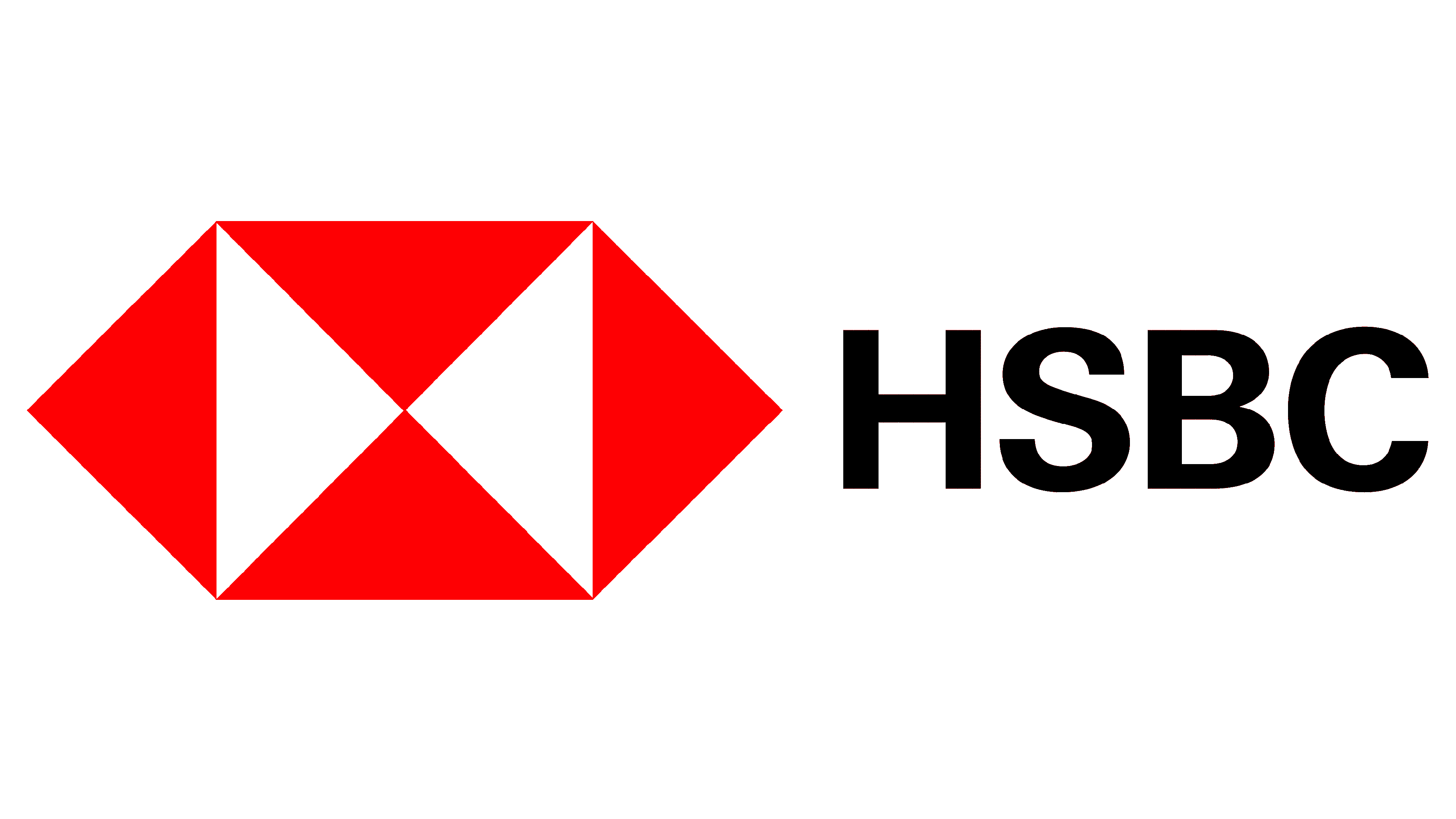 Hong Kong and Shanghai Banking Corporation is a multinational British universal bank that also recognises itself as a financial service holding company. It is undoubtedly the largest bank in Europe. The bank as established in British Hong Kong, but it was later acquired by the parent company, which is HSBC Holding Plc. The bank now has its headquarters in London. The primary areas, in which the company provides services are finance, wealth management, credit card services, investment banking, corporate banking and many more.

HSBC has gained the 9th position in the list for being present in all over Asia, America, Europe, Latin America, and Australia. There are only some parts of South Africa, in which the company has not been able to expand its services yet. HSBC own global product lines like HSBC Direct, HSBC net, HSBC Advance and HSBC Premier can be observed for providing related services in the area of finance. There are more than 2,30,000 employees globally that are associated with the bank in diverse areas. The bank has acquired positive reactions from the customers by partnering up with Cambridge institute for sustainability leadership Banking Environment Initiative. Noel Quinn is the group chief executive of the bank while Mark Tucker is the Group Chairman. 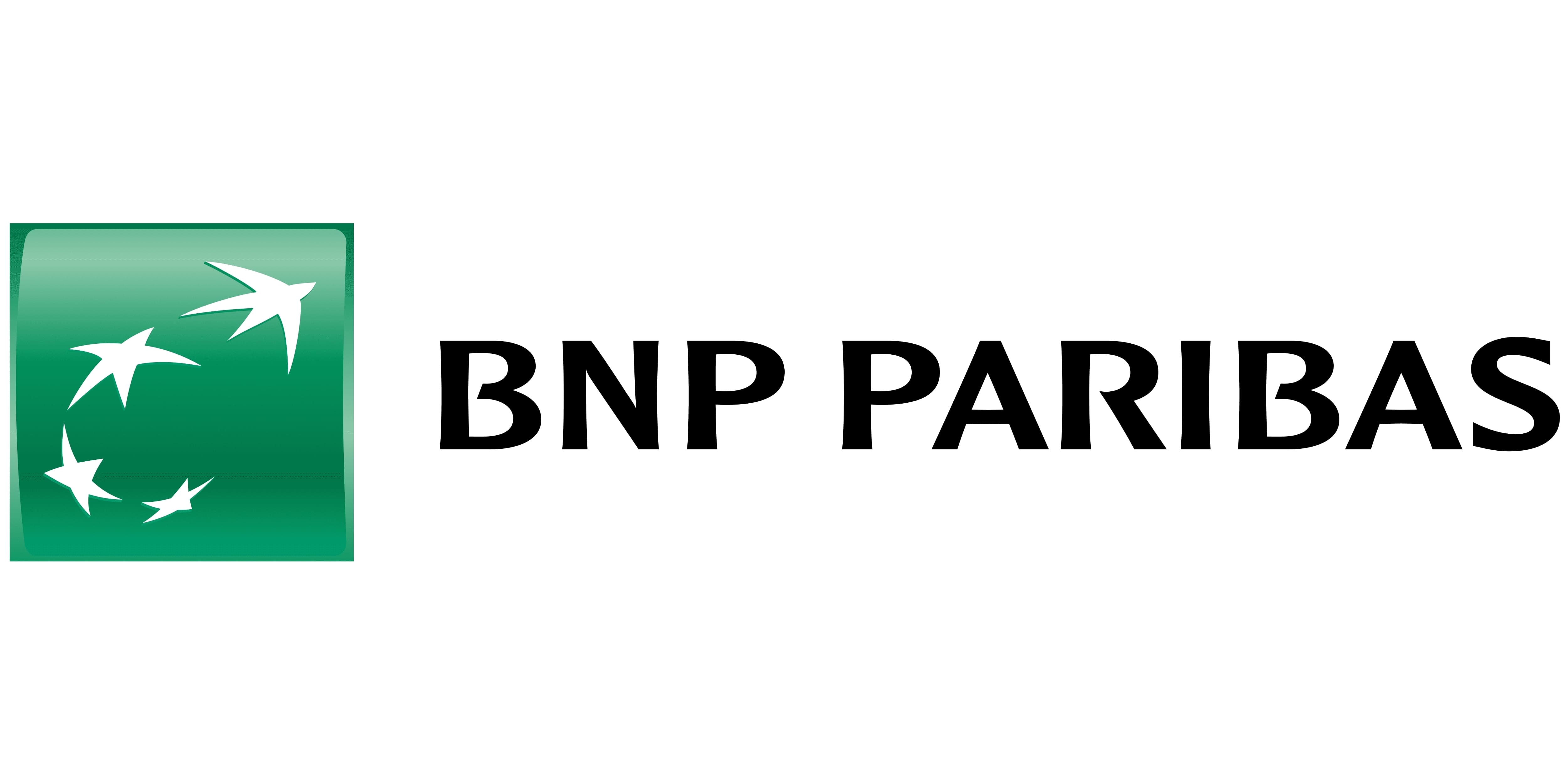 BNP Paribas is a French international bank that was established in the year of 2000 after the merging of Banque Nationale de Paris and Paribas was completed. The Bank manages its business in more than 70 countries of the world. The customer count of the bank has exceeded more than 30 million in its three domestic markets, which are Italy, France, and Belgium. BNP owns well-known brands like BNL and Fortis. The primary services that are offered by the bank are consumer banking, asset management, investment banking, credit card services and more. It is also known as the largest bank in Eurozone along with successfully claiming the 8th position in the 10 biggest banks of the world.

Personal banking services of the bank are offered in mire than 7,000 branches associated with the bank. It employs 1,90,000 people globally. The bank has allocated 9.3 million euros in the sector of renewable energy, which certainly leaves a positive mark on its global customer base. Jean-Laurent Bonnafé serves as the CEO of the BNP Paribas, while       Jean Lemierre is the chairman. 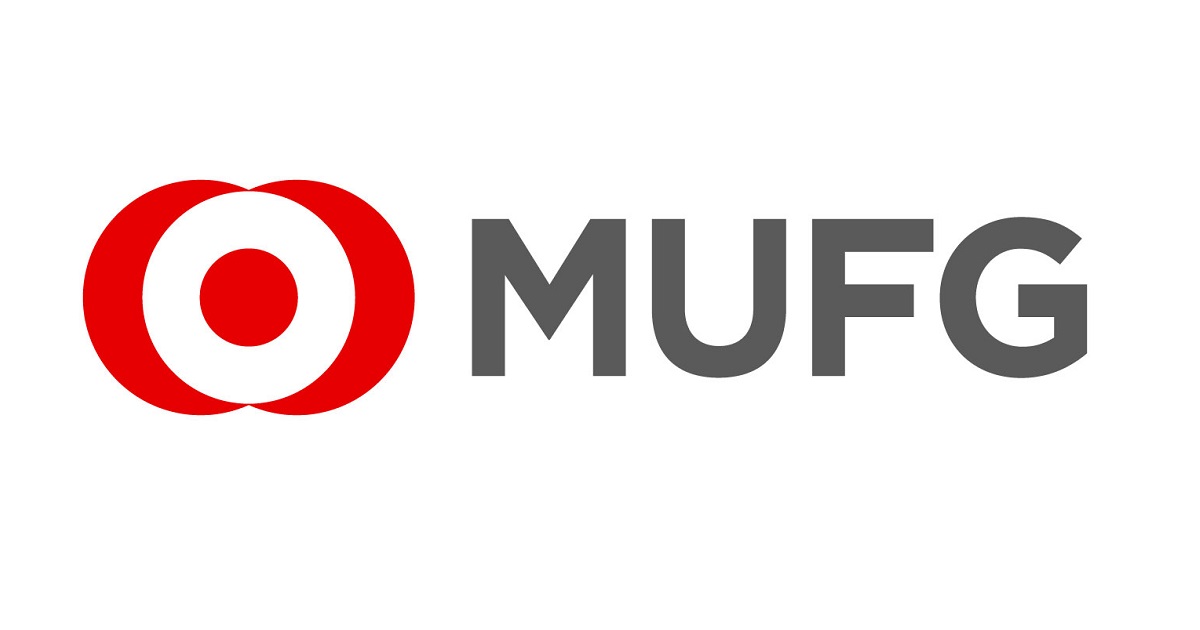 In Japan alone, the bank has more than 100,000 employees, which is a symbol of the bank’s constant growth in the area of net profit, assets, and revenue. Kanetsugu Mike is the chairman of the company, while Hironori Kamezawa serves as the president and group CEO. 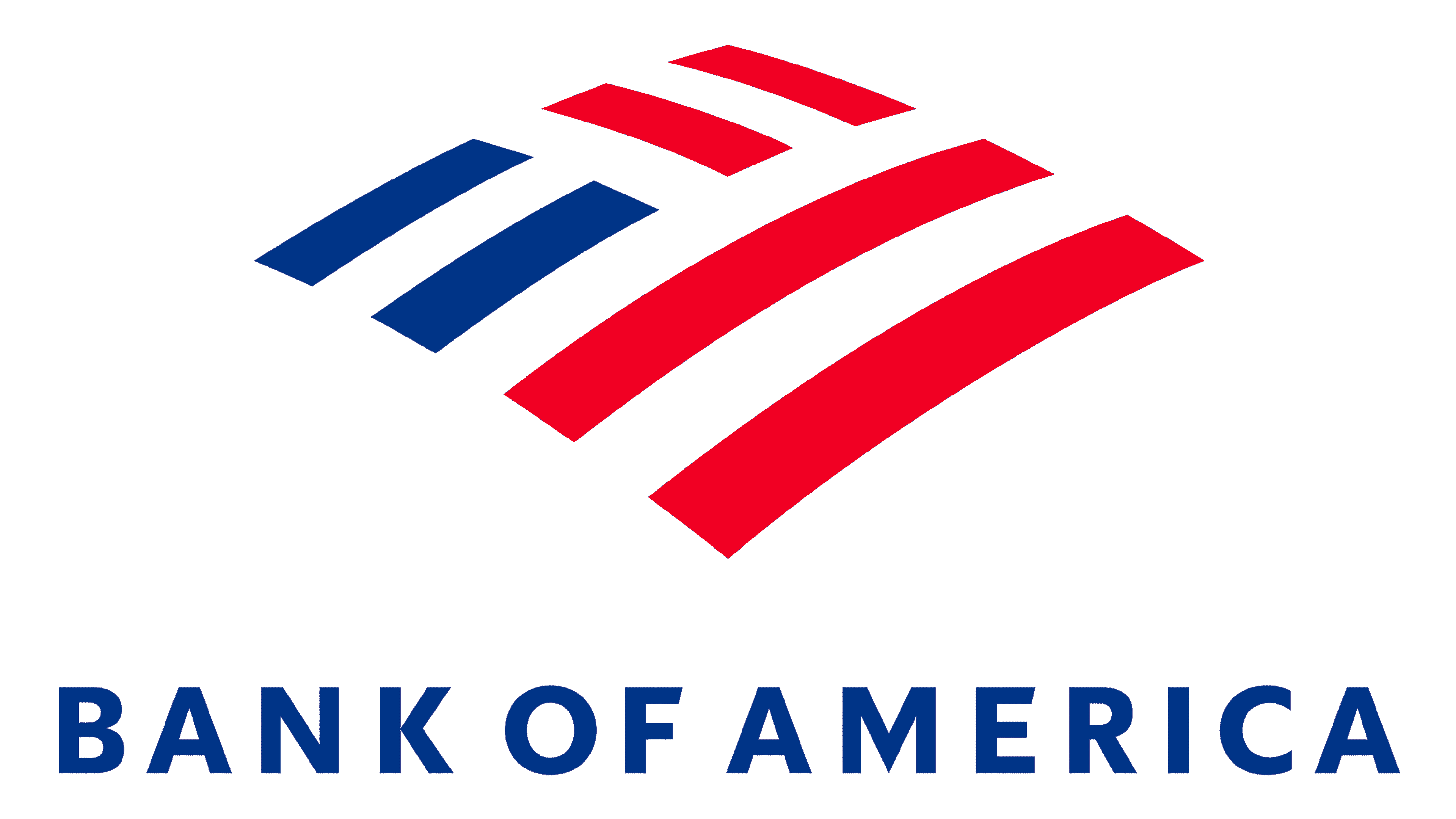 Bank of America is an American multinational investment bank that also serves as a financial service holding company. The headquarters of the company is situated in Charlotte, North Carolina. It is recognized as the second-largest bank in the United State. It has successfully extended its businesses in America, Asia Pacific, Canada, Europe, Latin America, Middle East, and Africa. BofA holds the one-tenth of the total American deposits, which makes it the 6th largest bank of the world. It has a customer base of 45million worldwide along with more than 4500 banking centres. The service of the bank encompasses corporate banking, insurance, wealth management, mortgage loans, private banking, and more. 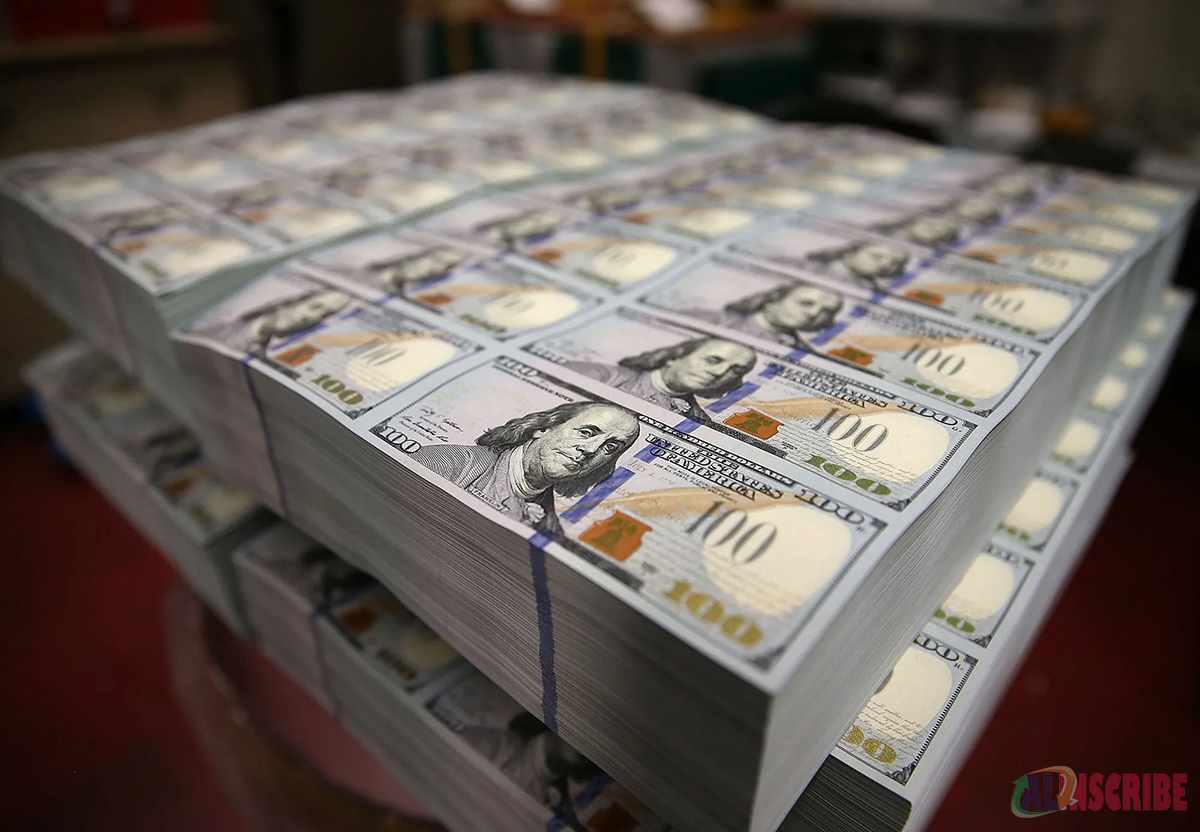 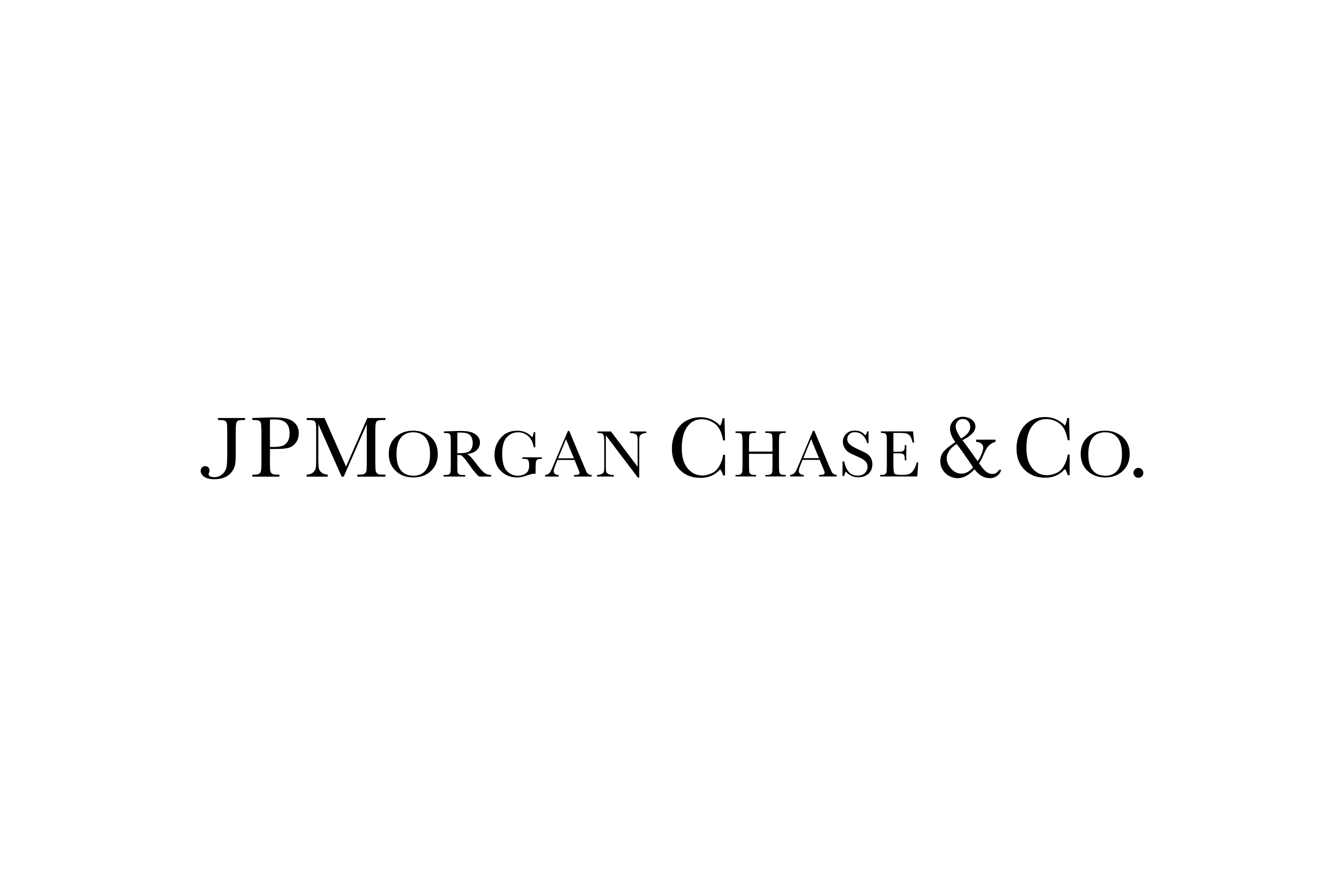 JPMorgan Chase is an American multinational investment bank that has its headquarters in New York city. According to the 2022 data, JPMorgan Chase stands as the largest bank of the United States and the fifth largest bank of the world as well as the largest bank of the world based on market capitalization. It has also ranked 24th on Fortune 500 list of US’s largest corporations. The primary services provided by the bank are Asset Allocation, Debt Resolution, Credit Derivative trading and services, foreign currency exchange, futures, and options trading and more. JPMorgan Chase has successfully maintained a 15.2% ratio of market capitalization.

There are more than 2,50,000 employees worldwide to be associated with the bank. A unique feature of the bank is that it collects art and has recently acquired 6,000 graphics based and 30,000 based art pieces. Jamie Dimon is the CEO and the chairman of the bank, while Daniel E. Pinto is appointed as the president and COO. 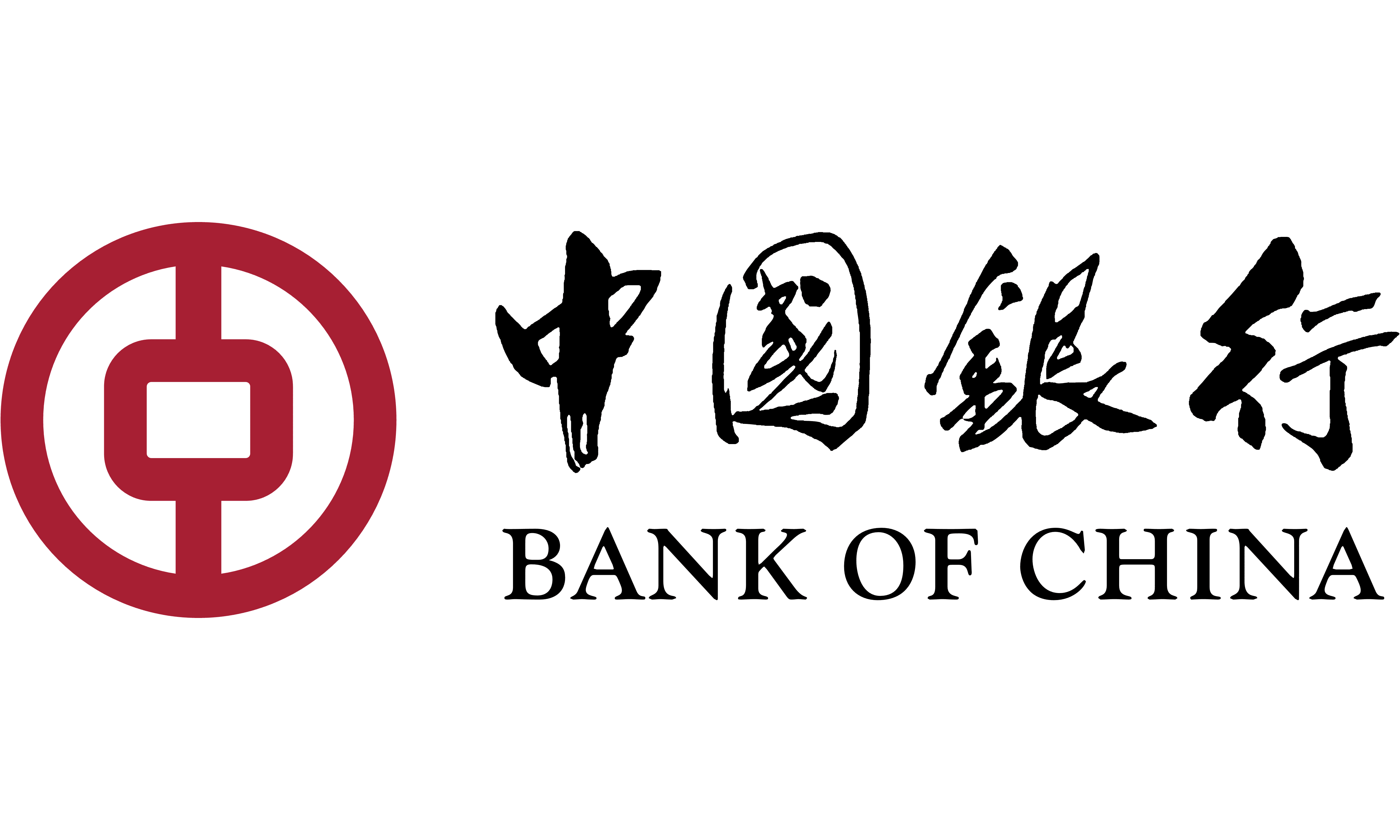 The Bank of China is a Chinese commercial bank that has its headquarters in Beijing and is recognised as the fourth largest bank of the world. The bank was founded by republican government of China in the year of 1912. The primary services that are offered by the bank include credit cards, corporate banking, consumer banking, securities, asset management, mortgage loans, private banking, finance and insurance, wealth management, and more. It has successfully extended its business over the boundaries of mainland China and established 27 branches in different nations. These nations include, Malaysia, South Africa, Vietnam, Philippines, Taiwan, Bahrain, etc. the number of employee count of BOC has suppressed 310 thousand globally.

BOC is primarily managed by the China government, who holds 64.63% of shares in the bank. There are other shareholders as well, who are HKSCC Nominees Ltd.  and China Securities Finance. 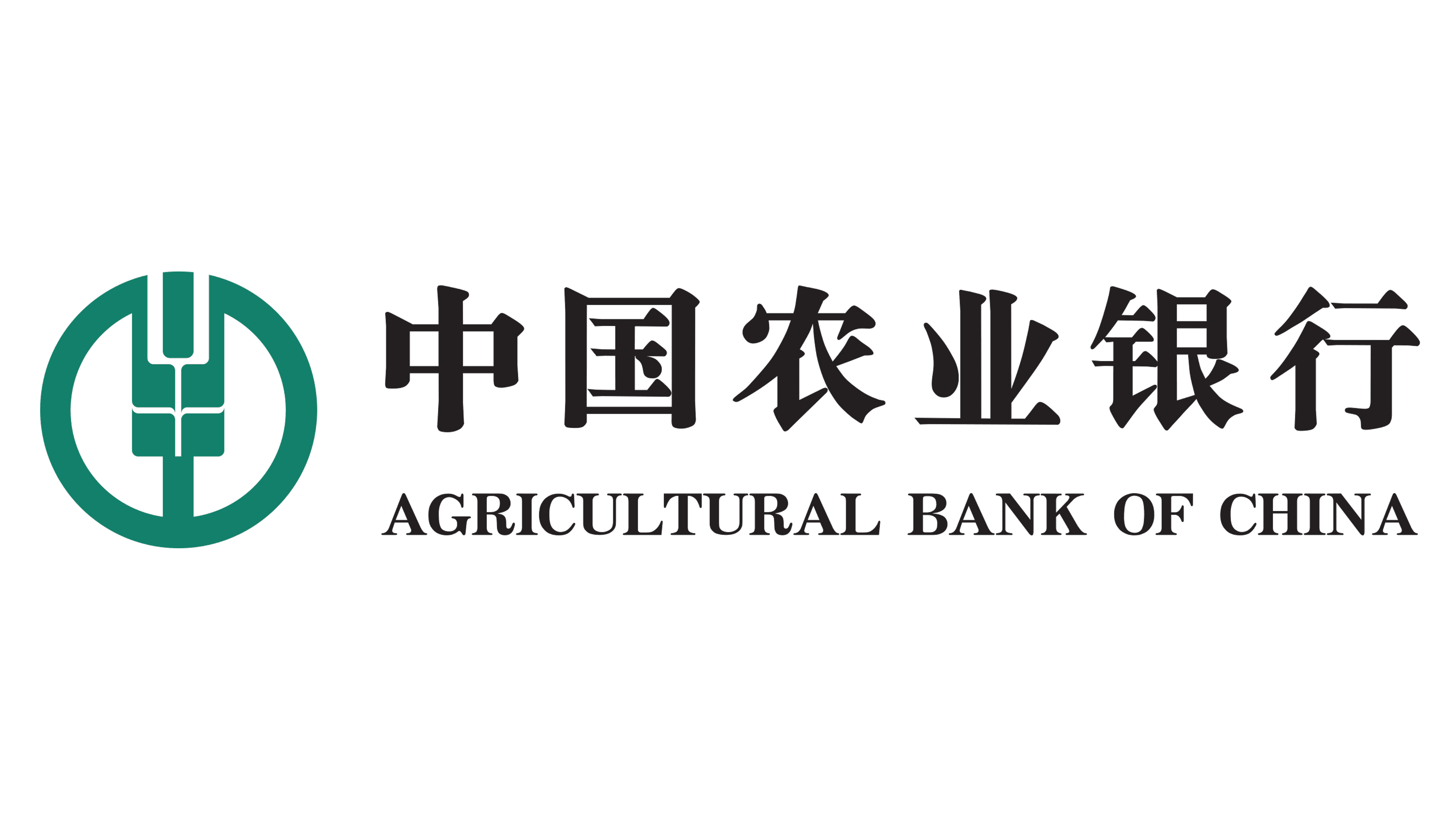 Agricultural Bank of China, popularly known as AgBank is a Chinese multinational bank that has its headquarters in Dongcheng District, Beijing. The bank lands as the third largest bank of the world with 320 million retail customers and more than 2.5 million corporate clients. The largest amount of funding that the bank receives is from Alibaba. The bank is actually a merged version of Republic of China, Farmers Bank of China, and Cooperation Bank of China. It is listed on both “Shanghai Stock Exchange” and “Hong Kong Stock Exchange”. The primary services of the bank include Finance and Insurance, Consumer Banking, Corporate Banking, Investment Banking, Investment Management, Global Wealth Management, Private Equity, Mortgages and Credit Card services.

There are more than 5,00,000 employees that are working with AgBank all over the world. Zhao Huan is the president of the Agricultural Bank of China. 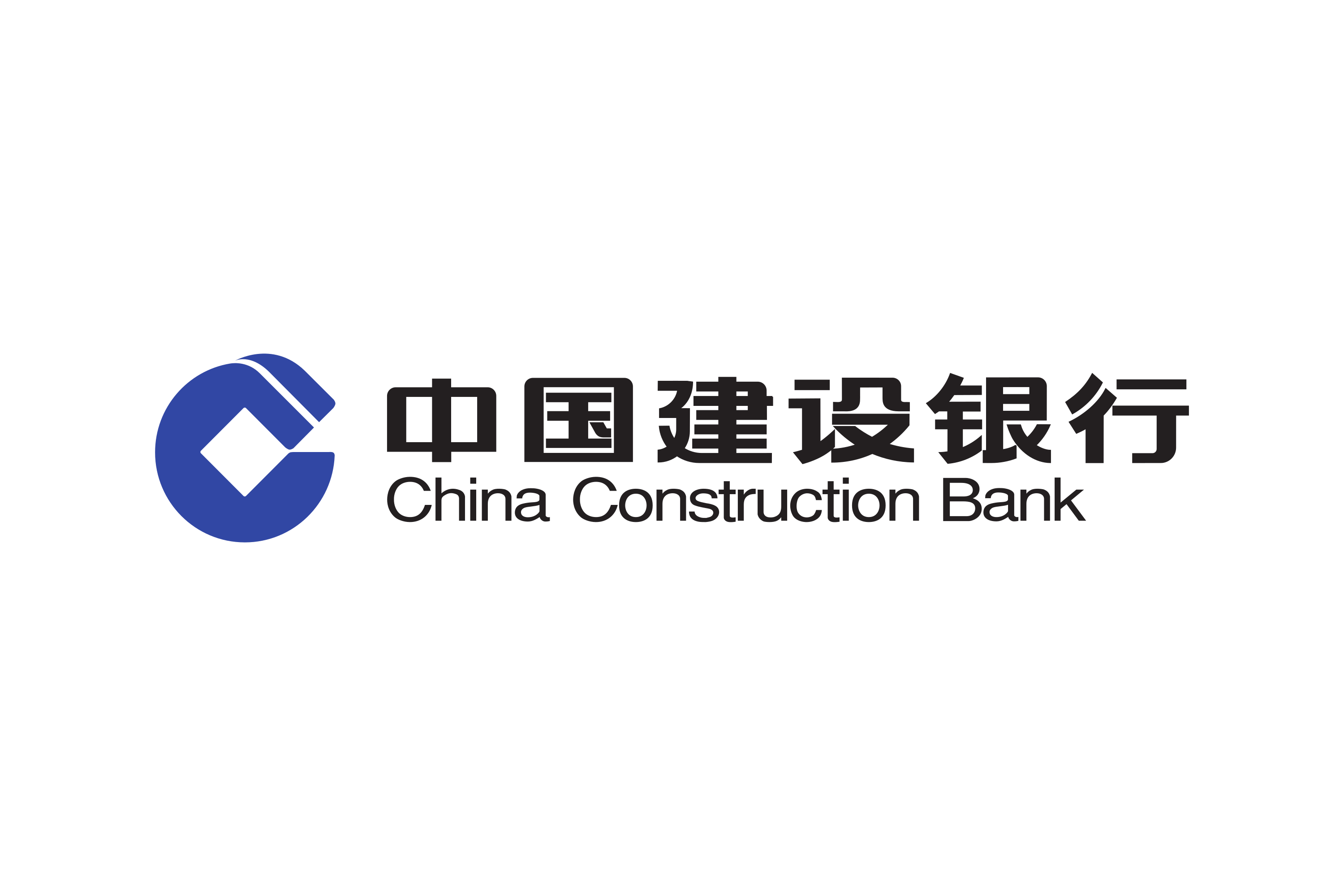 China Construction Bank is the second-largest bank of the world as well as the 6th largest company of the world. It is a Chinese banking organisation that has its headquarters in Beijing, China. It is one of the “big four” Chinese banks and holds the spot for the second-most important one. The bank has almost 14,000 branches in China alone, moreover, it operates in 15 other big cities. The cities include Barcelona, Frankfurt, Luxembourg, Hong Kong, Johannesburg, New York City, Seoul, Singapore, Tokyo, Melbourne, Kuala Lumpur, Santiago de Chile, Brisbane, Sydney, and Auckland. There is a subsidiary in London as well. The primary services offered by the bank are Finance and insurance, consumer banking, corporate banking, investment banking, investment management, global wealth management, private equity, mortgages, credit cards and more. Wang Hongzhang is serving as the CEO of the company while Zhang Jianguo is the president.

1. The Industrial and Commercial Bank of China (ICBC) 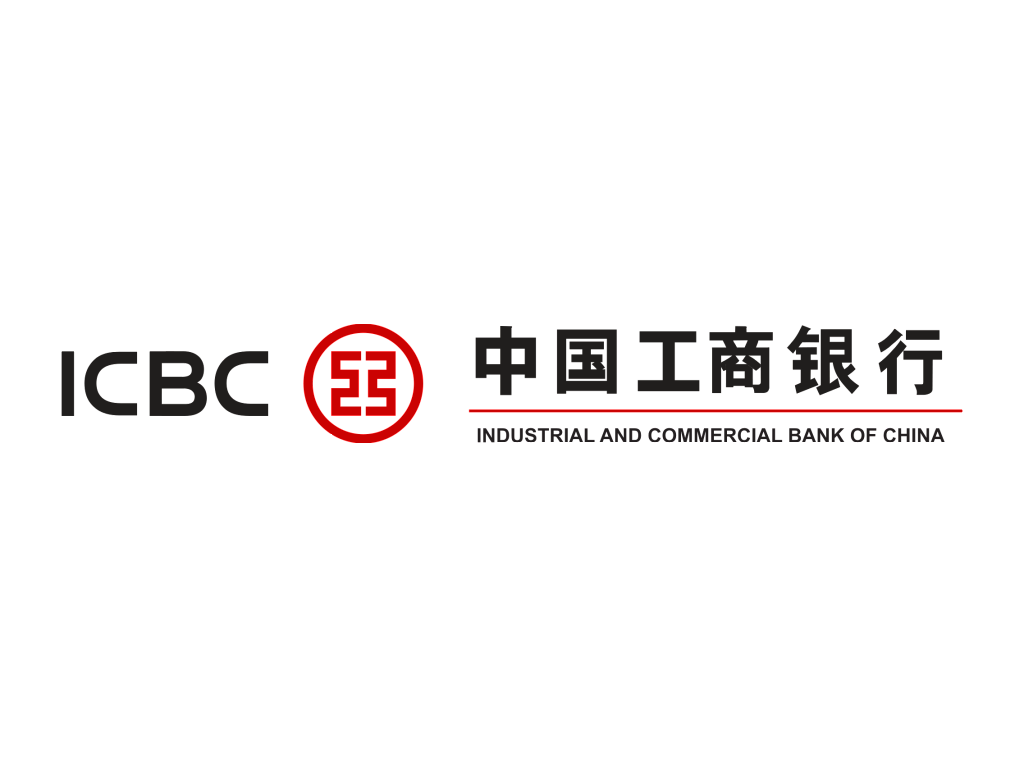 The Industrial and Commercial Bank of China is a Chinese multinational bank. The headquarters of the bank is situated in Beijing, China. ICBS is officially the largest bank of the world with a revenue of $208 billion and assets of $5518 billion. It has gained the top pots in The Banker's Top 1000 as well as in Forbes Global 2000 list. the primary services offered by the company are Finance and Insurance, Consumer Banking, Corporate Banking, Investment Banking, Investment Banking, Global Wealth Management, private equity and more. Majority of the voting amounts of the bank are held by the Government of China. The other holders are Temasek holdings and NSSF. More than 4,60,000 employees are associated with the bank.

ICBC owns major stakes in various banks including Standard Bank of Argentina. It has become the first Chinese bank to adopt Equator Principles, which follows Six-Dimension model for CSR activities as well. Chen Siqing is the chairman of the bank and Gu Shu is the CEO.

Hope this article regarding 10 largest banks of the world have been much to your help and has enhanced your area of knowledge.

SURVIVE THIS CHALLENGE AND YOUR BUSINESS WILL GROW Credit Rating Find The Best Auto Insurance With Ease With Auto Insurance Brokers 2 Big Advantages That An Oregon Credit Union Has Over A Bank Understand How To Handle The Situation Of National Debt Choosing The Right Financial Advisor North Carolina 5 Services Offered By The Banks In North Carolina That Will Increase Your Business Profit! How To Get A Mortgage With Bad Credit In 2022 Why Is Online Credit Card Processing The Most Popular Alternative? 10 Largest Banks Of The World To Rule The Finance Industry