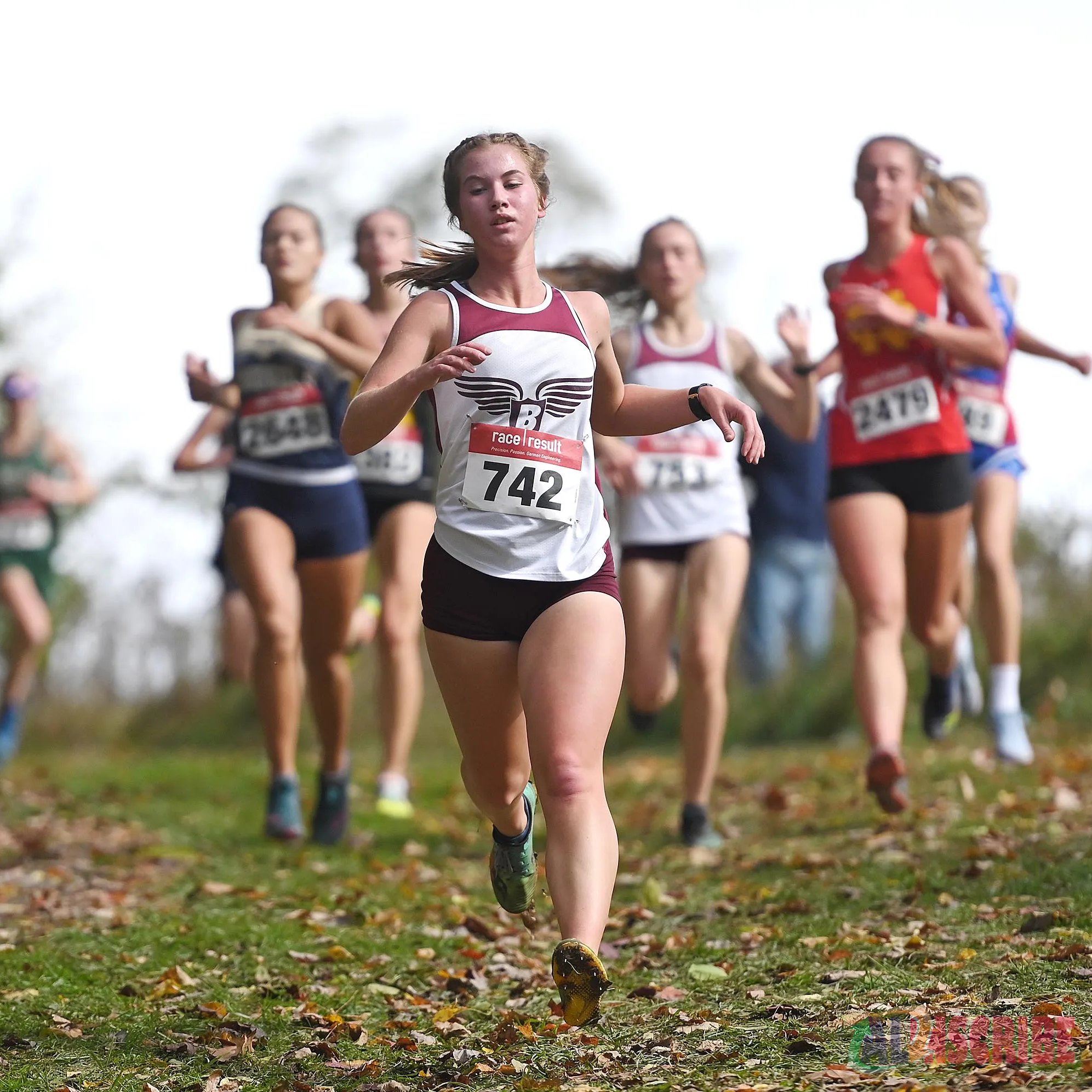 Athletes are some of the highest-paid personalities of the world. They may not come in the top 10 list of richest individuals but the amount of wealth that they acquire is certainly not a factor to be overlooked. Apart from being paid by the club or organizations, athletes are often associated with several endorsement projects, which impact their wealth positively. And this is how the wealth of an athlete is determined. In this article we have prepared the list of 10 richest athletes of the world in 2022. The wealth of the athletes has been calculated based on their off-field and on-field earnings.

According to Forbes, the top 10 richest athletes of the world have collectively earned $992 million from May 1, 2021, to May 1, 2022. This total earning takes the third place in the income history. The second place is acquired by 2021 with a total of $1.05 billion and the first place is dominated by 2018 with a total of $1.06 billion. The total of 2022 has witnessed a drop by 6% from 2021. In this year’s list there are new entries while some of the stable one went out of the list. Let’s get into the list for knowing who the athletes are to gain the top 10 positions this year.

Giannis Sina Ugo Antetokounmpo is one of the most eminent basketball players of NBA (National Basketball Association). He was born on 6th December 1994. He is known as one of the dominant players of NBA as well as one of the top plays in the world. He is also the youngest athlete to make it to the top 10 list of richest athletes. His net worth is $80.9 million, on-field net worth is $39.9 million, and off-field net worth is $41 million. He has been successful in becoming the MVP of The Milwaukee Bucks.  He has signed a $228 million contact in the year of 2020, which is also NBA’s largest contract by total value till date. 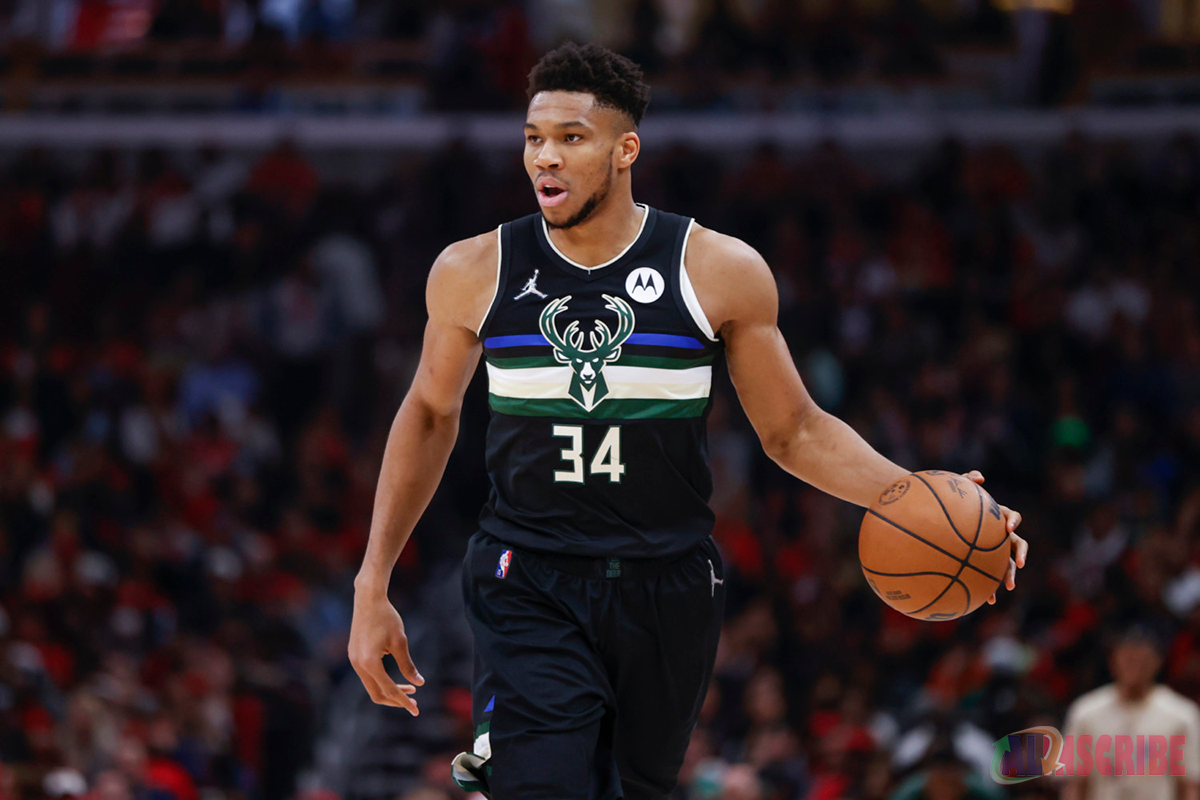 He was an investor of timepiece resale platform WatchBox’s $165 million funding, which was announced in last November. He has also signed a licensing deal with NFTSTAR. The endorsement deals that the athlete has signed includes WhatsApp and Google Pixel 6. And this is how Antetokounmpo has made it to the list of richest athletes of the world by acquiring the 10th position.

Thomas Edward Patrick Brady Jr. is a famous American football quarterback for the Tampa Bay Buccaneers of the National Football League (NFL). Brady’s retirement which was initiated this last season, only lasted for less than six weeks. His last season was in 2021 was spectacular and none could tell that the football star was already 43. And his phenomenal performance has made it easy for the athlete to acquire the 9th position in the list of 10 richest athletes of the world. His net worth is $83.9 million, which contains $31.9 million of on-field worth and $52 million of off-field worth. 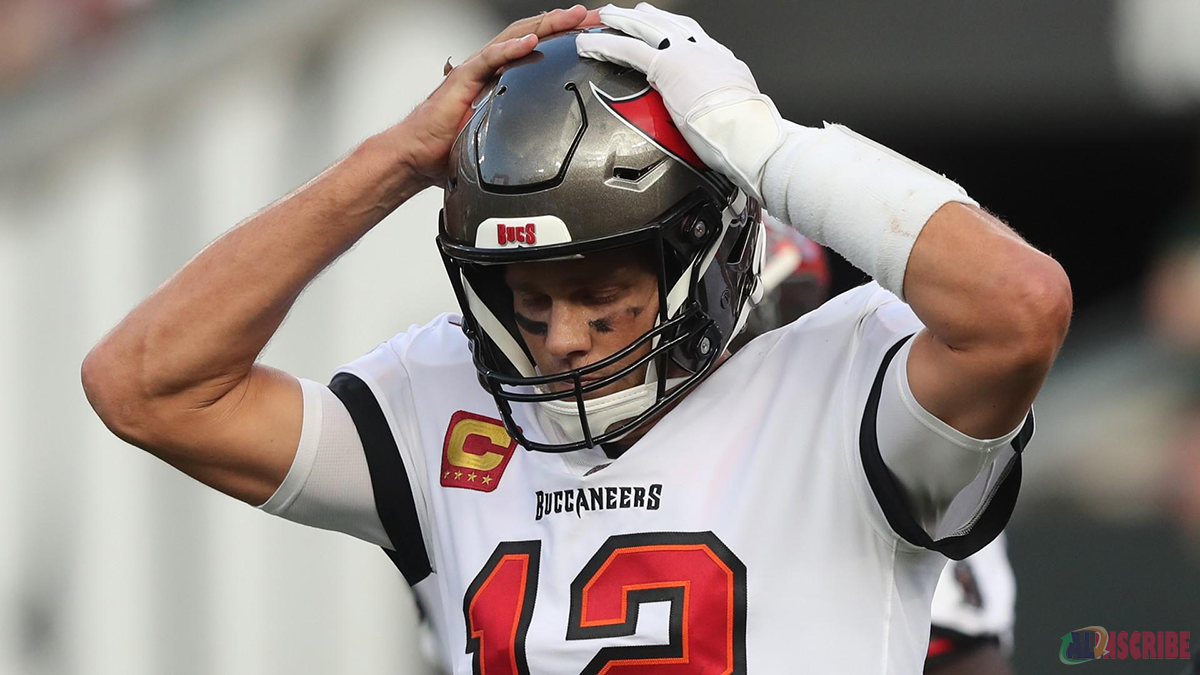 Even though it is almost time for Brady’s retirement, he has his next moves calculated very efficiently. He has cofounded a NFT platform called, Autograph, last year. This company has reportedly raised $170 million in a Series B funding. He has also cofounded a production company with Michael Strahan and filmmaker Gotham Chopra. This production company has signed a content deal with Skydance Sports in March. There is another production company that Brady has been nurturing, 199 productions, which is going to produce an upcoming road-trip movie 80 for Brady. He also has a clothing line named Brady. Moreover, he has signed for the role of a commentator with Fox Sport, which will be paying him more than he has earned during his seasons.

Santos Saúl "Canelo" Álvarez Barragán is a Mexican professional boxer to win several world championships. He was born on 18th July 1990 and is recognized as the first and only boxer to become undisputed champion at super middleweight. With a net worth of $90 million, the athlete has become the 8th richest athlete of the world. His on-field worth is $85 million and off-field worth is $5 million. He earned around $40 million or more than that via his two of the pay-per-view matches in May and November of 2021. 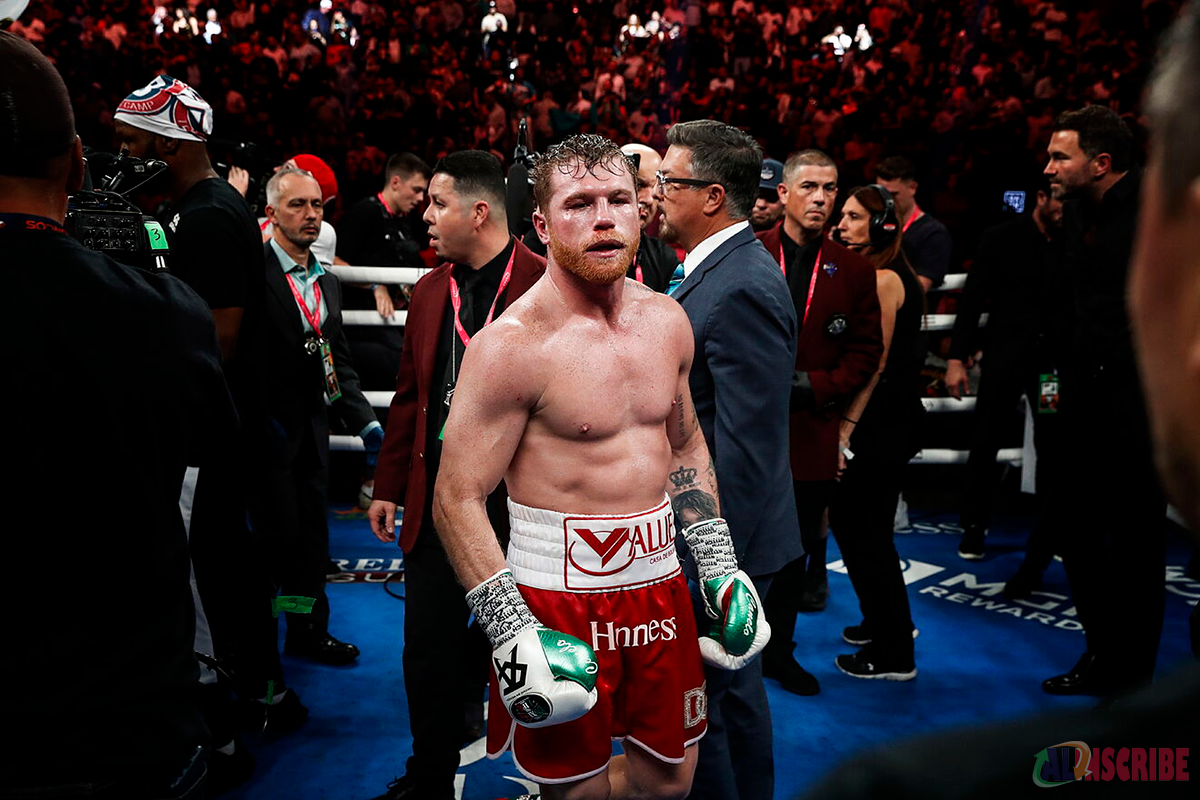 Outside the field, he has initiated a partnership with Hennessy. He even owns a Taco restaurant in Mexico. He is now planning to expand the restaurant to California. He also has plans of launching Gas stations. His Canelo Promotions is looking forward to promoting fights in Mexico, which has a partnership with Matchroom Boxing and DAZN.

Roger Federer is a Swiss former professional tennis player to be ranked as the 7th richest athlete of the world with a net worth of $90.7 million. Federer is recognised as world no. 1 by Association of Tennis Professionals. Due to several injuries Federer could only play six tournaments in 2020 and in 2021. However, he still remains as the top pitchman in sports as he promotes some of the poshest brands. This is the reason why his on-field net worth is only $0.7 million, whilst the off-field net worth is $90 million. 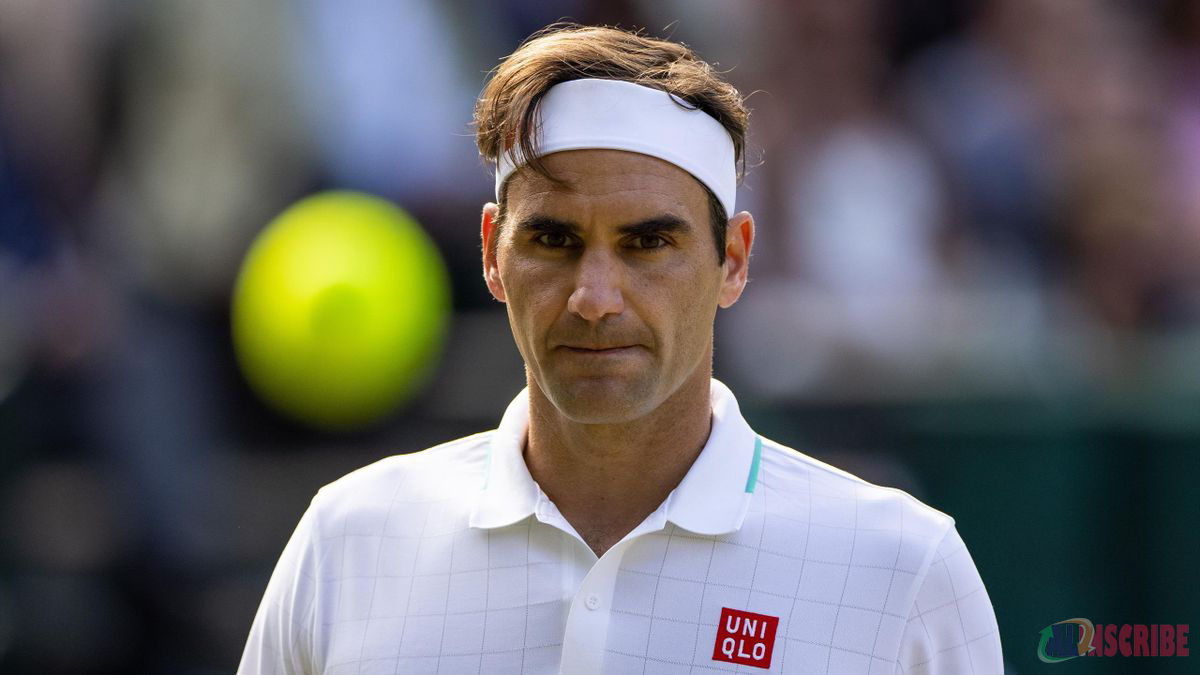 He has been promoting brands like Uniqlo and Rolex. He is also an investor of burgeoning Swiss shoe brand On. According to Federer himself, he works closely with the shoe brand, and he even spent 20 days in lab in order to develop the company’s pro tennis shoe.

Kevin Wayne Durant is the second basketball player to feature in this list. He has successfully acquired the 6th position of richest athletes. He was born on 29th September 1988 and is a basketball player of Brooklyn Nets of the National Basketball Association (NBA). The total amount of his net worth is $92.1 million, in which the on-field worth is $42.1 million and the off-field one is $50 million. 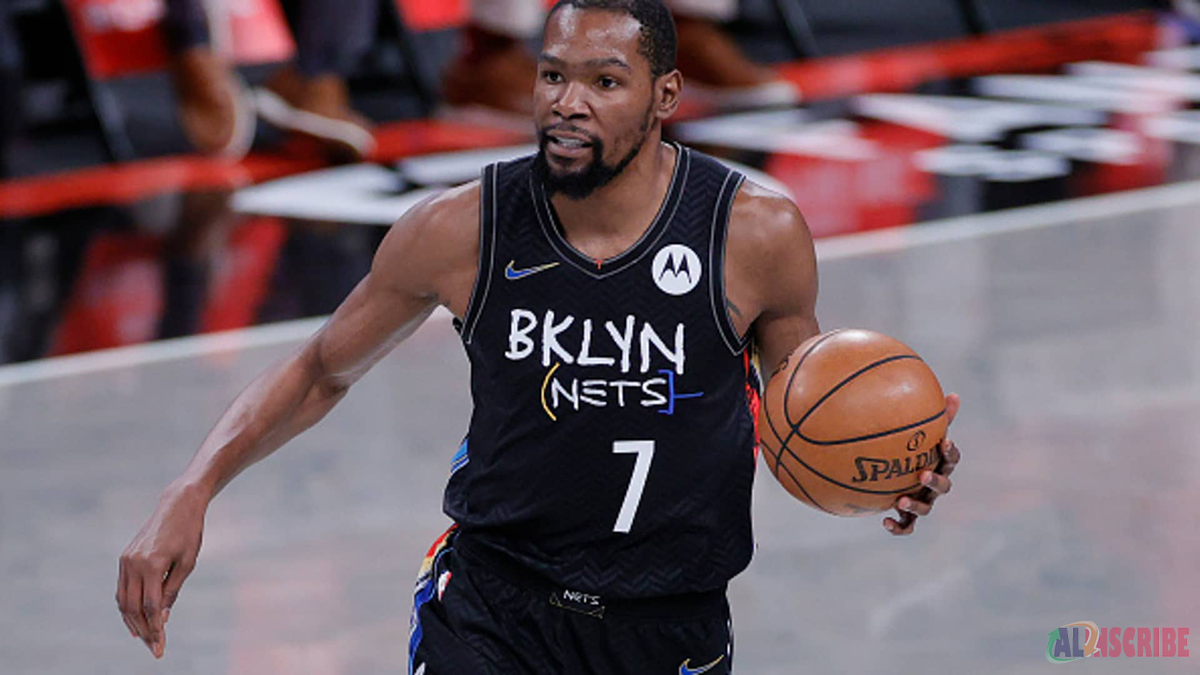 Kevin Durant has a sneaker deal with Nike, which brings him about $28 million each year. He has recently signed deals with more than one companies, such as Coinbase, NBA Top Shot and Weedmaps. Additionally, he has his media company Boardroom and investment firm Thirty Five Ventures, which has increased Durant’s net income quiet a lot. The list does not end here, he has also invested in NFT platform OpenSea and digital fitness start-up Future. Durant and his business partner Rich Kleiman announced that they would be launching their own SPAC. However, it is still in the search of acquisition.

Wardell Stephen Curry II has acquired the 5th position in the richest athlete list with a net worth of $92.8 million. He was born on 14th March 1988 and is an American professional basketball player for the Golden State Warriors of the National Basketball Association (NBA). Stephen Curry is reported to be the one to make the highest salary this season. This is an impact of his four-year contract extension of $215 million in last August. This is how his on-field worth has reached to $45.8 million. 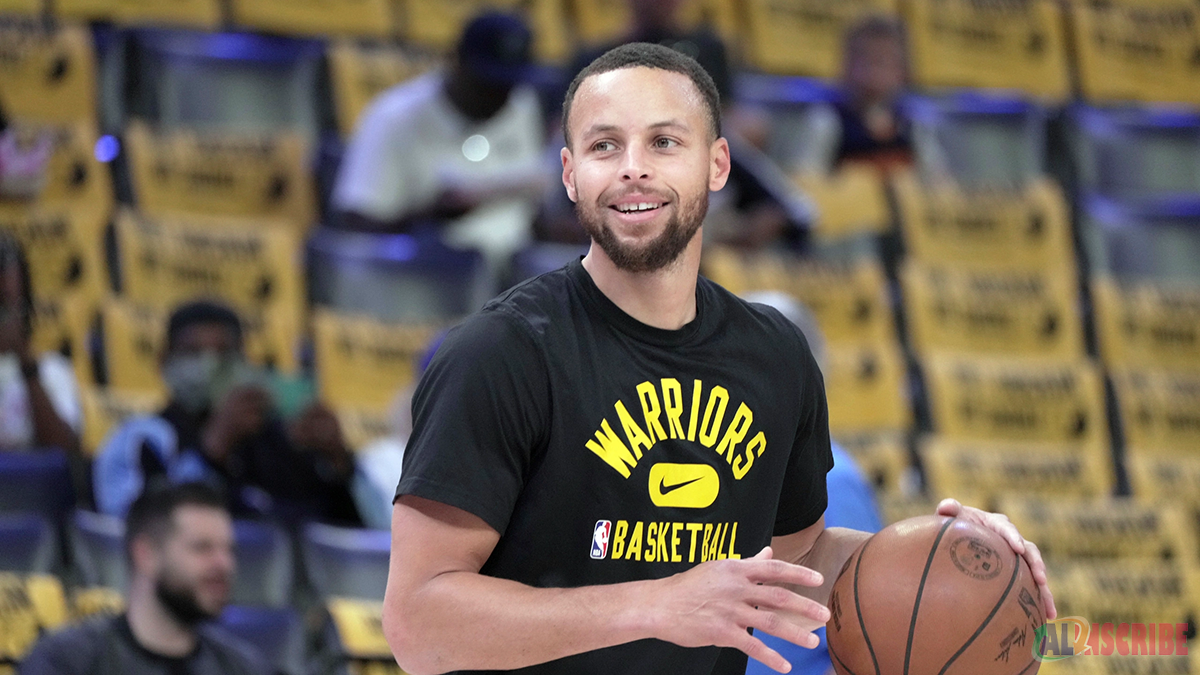 He has signed an endorsement deal with FTX along with his blockchain investment that was initiated in last December. He has also released a collection of NFT featuring his sneakers. Moreover, his production company, Unanimous Media, signed a development deal with Comcast NBCUniversal and raised his off-field worth to $47 million.

Neymar da Silva Santos Júnior is officially the 4th richest athlete of the world with a net worth of $95 million. He is also the second-youngest athlete to feature in the list. He is a Brazilian professional soccer player who plays for Ligue 1 club Paris Saint-Germain and the Brazil national team. In November, he has scored his 400th career goal. However, he faced heavy criticism after the club’s early exit from the Champions League. Now all of his concentration is projected in the World Cup in Qatar. His on-field worth is $70 million. 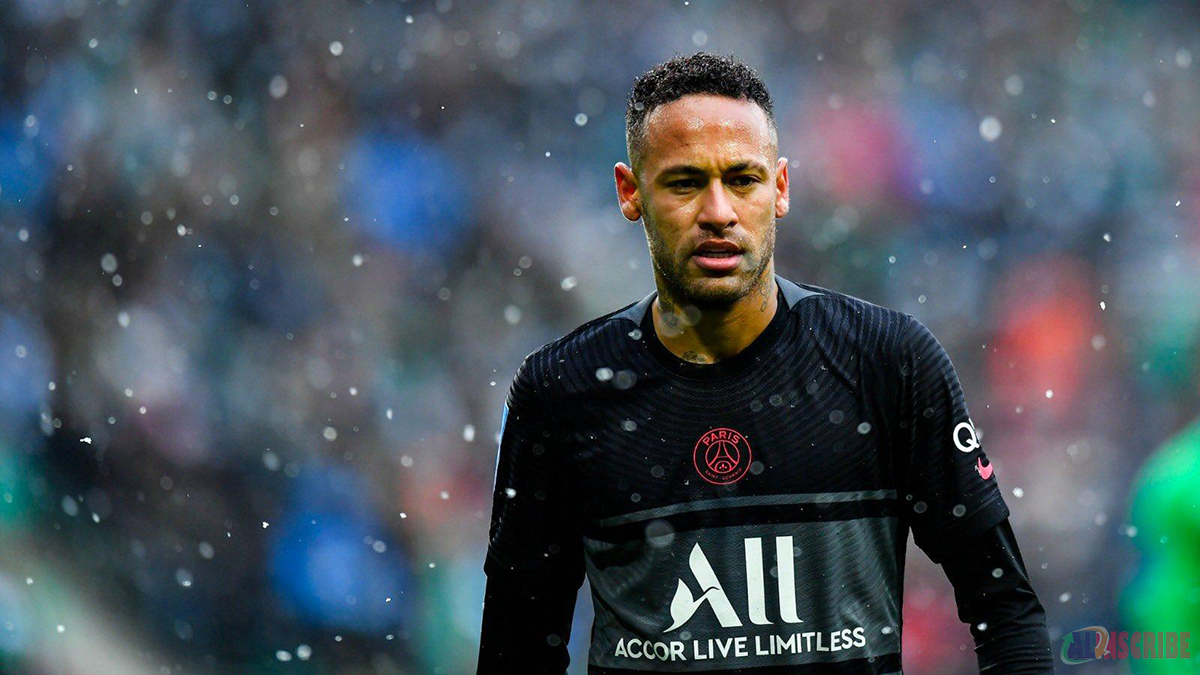 The list of his endorsements is quite significant. He endorses for Puma and Red Bull. Additionally, he is all set to be the subject of a new document series, which is produced by Netflix. The docuseries is called Neymar: The Perfect Chaos. He has also signed partnership with NFTSTAR and extended his lists of endorsements and extended his off-field worth to $25 million.

Cristiano Ronaldo dos Santos Aveiro is the third richest player of the world without a single doubt, especially when he is regarded as one of the greatest soccer players of all time. He currently plays as a forward for Premier League club Manchester United and captains the Portugal national team. The first season of this year was quite disappointing for Ronaldo, however, players like Ronaldo do not dwell in disappointing performance. The net worth of the player is $115 million. The on-field worth is $60 million. 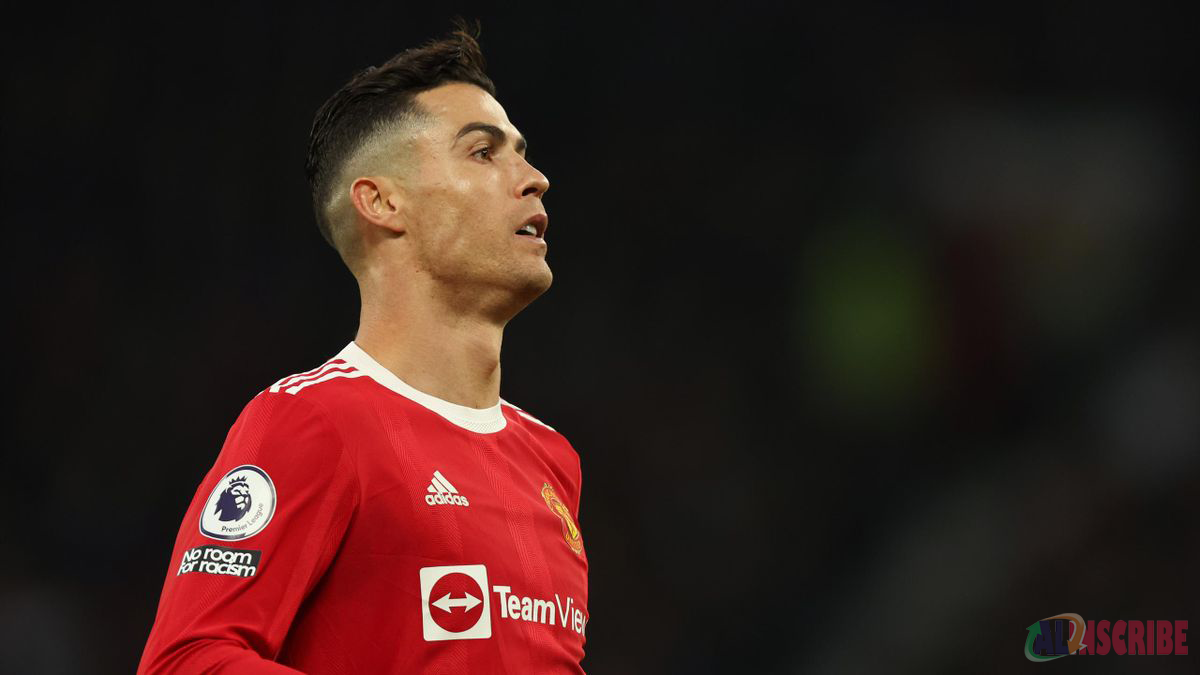 The majority of his off-field income, which is worth $55 million, comes from his social media presence. He has 690 million followers in Instagram, Facebook and Twitter. His endorsement projects include collaboration with Nike, Clear shampoo and Herballife. He has also invested in Tatel restaurants. Additionally, he is the face off ZujuGP, which is an application to become a digital soccer community.

LeBron James has acquired the second position in the list of richest athletes of the world. He is an American professional basketball player for the Los Angeles Lakers of the National Basketball Association (NBA), who was born on 30th December 1984. His net worth is $121.2 million. His on-field worth is $41.2 million, which is because of his undoubtedly advanced skills. 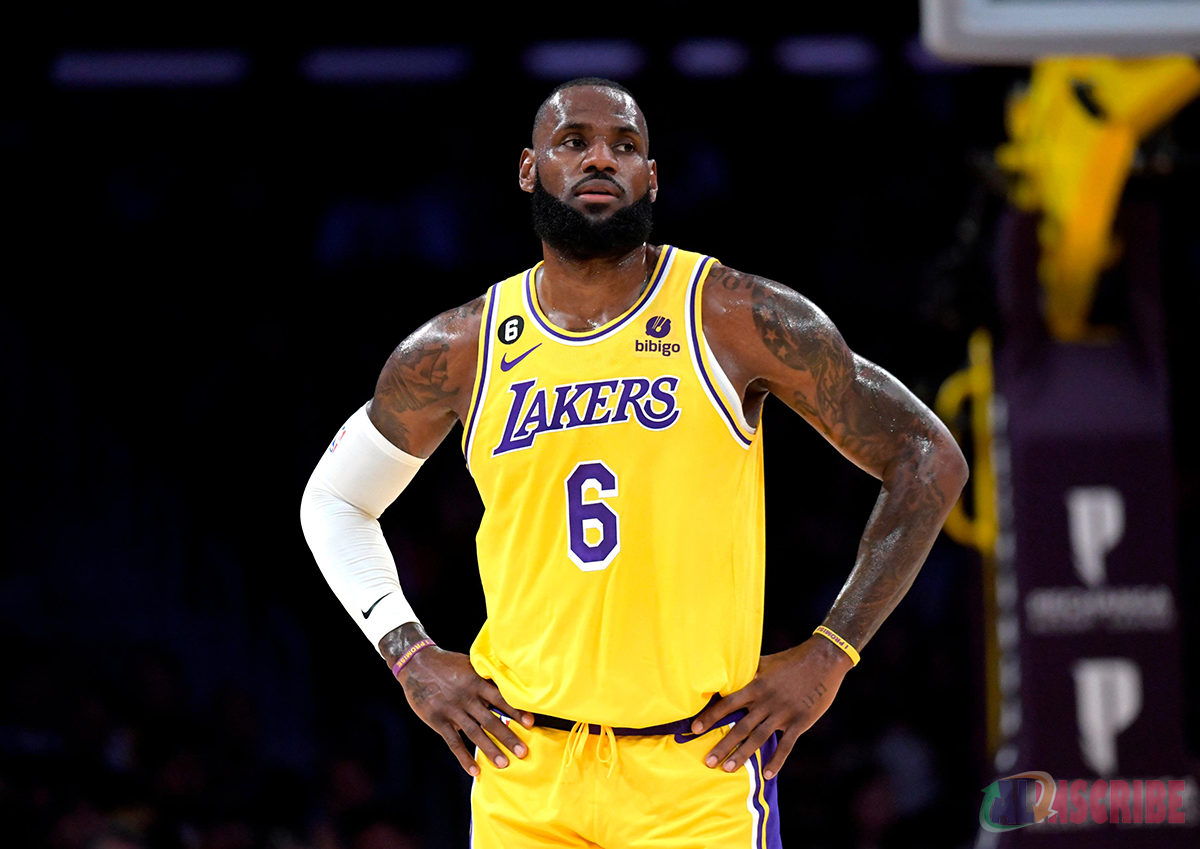 However, the major dominance of James stays out of the court. He starred in Space Jam: A New Legacy, he moved his talk show, The Shop, from HBO to YouTube. He even sold a significant minority stake of SprigHill, which is his production company. In January he announced an endorsement deal with Crypto.com. Moreover, he appeared in a Super Bowl commercial. This does not end here as he has also invested in home gym company Tonal, along with StatusPRO, a sports tech start-up that creates virtual reality training products, pushing his off-field worth to $80 million.

Now we have reached to the very end of the list and here we can see that Lionel Messi is officially the richest athlete of the world with a net worth of $130 million. This Argentine professional footballer who plays as a forward for Ligue 1 club Paris Saint-Germain and captains the Argentina national team, was born on 24th June 1987. He is one of the most popular athletes to exist and he is also regarded as one of the greatest players of all time. He won Ballon d’Or in 2021 as the world’s best men’s soccer player. However, his recent matches have become a subject of criticism. Nevertheless, Messi has been successful in acquiring an on-field worth of $75 million. 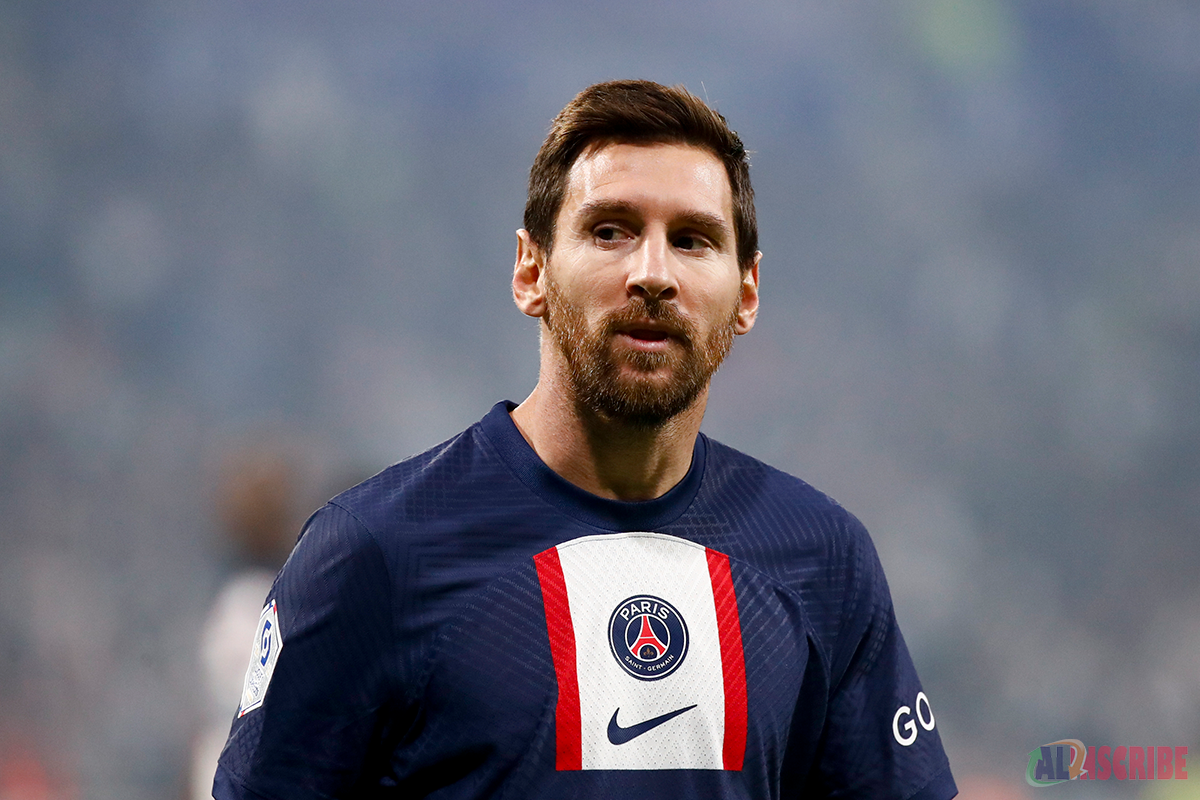 He has currently signed a $20 million-a-year Partnership with Socios. His endorsement portfolios include brands like Adidas, Budweiser, and PepsiCo. He has also become the very first athlete brand ambassador of Hard Rock International. All of these resulted in an off-field worth of $55 million, which is similar to Rolando’s earnings. The increasing social media presence of the athlete is expected to impact his earnings and retain him as the richest player of the world for a long time.

If you made it to the end and liked this article, then you can also check out other content related to our Top 10 series.