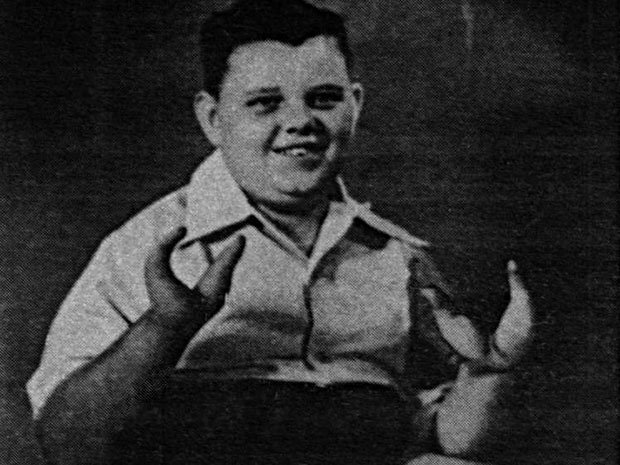 Grady Stiles, who probably was never known by this name, was a popular lobster-boy, because of defect on his hands. At the time the surgery was in its infancy, people with deformities did not have much choice, or they retreated from the public or became a circus monsters, for which people pay to watch them.

Grady decided to work in the circus and half a century spent performing. Grady went trodden steps of his father, who was also a circus entertainer.

Stiles employed his son and daughter in circus, because all three of them had the same deformation, but in the circus circles he was known as an alcoholic and very violent man.

When the family was not performing in the circus, they were stationed at his home in Florida in Gibsonton. This town was also called circus village for many entertainers who lived there off-season. Scenes of people with unusual physical appearance on the streets of Gibsonton was the most natural thing possible, where you could meet a man of eight feet, bearded woman or boy-lobster.

Because of his deformity, Grady found solace in alcohol, and he was very hard drinker. He would often choke his children and verbally abuse them. Tensions in the family culminated in 1978, when Grady's daughter Donna announced that she fell in love and got engaged.

For some reason Stiles did not approve her choice and the evening before the wedding he took a shotgun and killed her daughter's fiance. The case became a media sensation, but Grady showed no remorse. He immediately pleaded guilty and he was sentenced, but in the end he did not spent in prison even one day.

He was diagnosed liver cirrhosis and emphysema, but no jail was sufficiently equipped to be able to take care of him. Instead of being behind bars, he was given 15 years probation.

Daughter Donna never spoke a word with him again, and not so long after the murder, Stiles has stopped drinking and remarried with his first wife Mary. She left her husband and returned to first love, Grady.

However, things have not been fabulous very long time. Stiles again returned to alcohol, and if someone just looked at him, and if he did not like it it, he would threatened "I killed once, and got away with it, and I can kill again".

After one nasty drunk night, 29 November 1992, Grady was killed. The police, despite the vague details, concluded that Mary, probably with her son in the agreement, hired killer to end her marital trouble. Since the beginning of the trial she defended that only wanted to intimidate and beat up grady, but not to kill him.

At the end of the Chris Want was convicted of murder, and $ 1,500 he received from Mary and her son, seems like quite substantial sum for just punching someone few times.