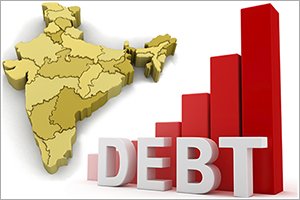 The Debt market of India is classified into 2 categories namely,

The G-Secs are sovereign securities issued by the Reserve Bank of India (RBI) on behalf of the government to meet the fiscal deficit requirements.

The main characteristic of a bond is its fixed income earning capability. The investors get assured returns with low uncertainty. The G-Secs are almost risk free securities as are issued by RBI. The tenure of the bonds normally ranges from 1 year to 15 years. 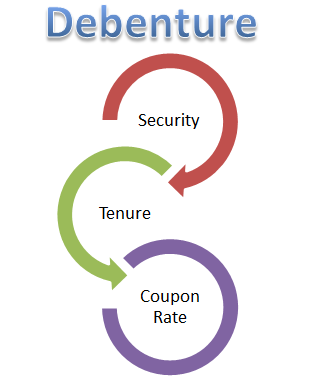 Debentures are the securities that are issued to the public with or without security.

“Debenture includes debenture stock, bonds or any other instrument of a company evidencing debt, whether constituting a charge on the assets of the company or not.”

Debentures of a company are based on the credit worthiness of it. Debentures provide its holders repayment before making payments to other creditors as they are considered as secured creditors and are ranked before any others. According to the companies act 2013, A debenture which is considered as a security, can be issued by a Private company only through Private placement.

Debentures give the right to the investors to receive fixed income from the company. Debenture holders are not entitled to vote in the company’s meetings or general meetings like the equity shares. Debentures provide long term funding for the companies. Debentures are freely transferable by the holders. Companies benefit from issuing debentures as they carry lower interest rates and a far repayment date as compared to the loan availed from banks.

A Debenture trustee is a person who is a trustee of a trust deed for securing any issue of debenture of a body corporate. The trustee serves as a liaison (the person who keeps in contact with different groups) between the company that issued the debentures and the debenture holders that are collecting interest payments.

According to SEBI Rules, 1993- “debenture trustee” means a trustee of a trust deed for securing any issue of debentures of a body corporate [section 2 (bb)]. (Applicable to public companies only).

Who can be a Debenture Trustee?

The eligibility criteria to be a Debenture trustee is that, the entity should either be a Scheduled bank carrying on commercial activity, a public financial institution, an insurance company or a body corporate. The entity that is to act as a debenture trustee should be registered with SEBI.

Debenture trustee has to make an application along with a non-refundable deposit of Rs.50,000/- by way of demand draft drawn in favor of ‘Securities and Exchange Board of India’, payable at Mumbai. 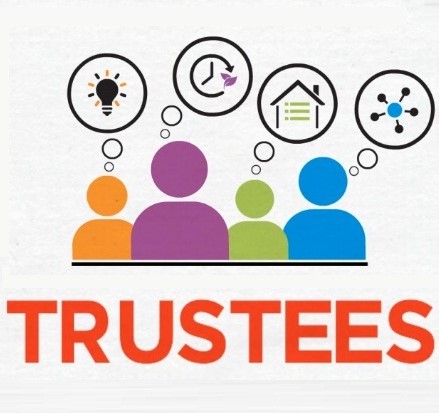 Duties of Debenture trustee include,

The aspects to be considered while a Debenture trustee is appointed by Board,

The Board shall take into account for considering the grant of a certificate, all matters which are relevant to a debenture trustee and in particular the following, namely, whether the applicant,—

(a) Has the necessary infrastructure like adequate office space, equipments, and manpower to effectively discharge his activities;

(c) Or any person, directly or indirectly connected with the applicant has not been granted registration by the Board under the Act;

(d) Has in his employment at least one person who possesses the professional qualification in law from an institution recognised by the Government;

(e) Or any of its director or principal officer is or has at any time been convicted for any offence involving moral turpitude or has been found guilty of any economic offence ;

In brief Debenture trustee is a person for the benefit and safeguarding of debenture holder's interest inside the company and who stands with the management of the company.

The provisions related to Debentures and debenture trustee are laid down in Section 71, which is read as follows,

into shares, either wholly or partly at the time of redemption:

Provided that the issue of debentures with an option to convert such debentures into shares, wholly or partly, shall be approved by a special resolution passed at a general meeting.

(2) No company shall issue any debentures carrying any voting rights.

(3) Secured debentures may be issued by a company subject to such terms and Conditions as may be prescribed.

(4) Where debentures are issued by a company under this section, the company shall create a debenture redemption reserve account out of the profits of the company available for payment of dividend and the amount credited to such account shall not be utilized by the company except for the redemption of debentures.

(5) No company shall issue a prospectus or make an offer or invitation to the public or to its members exceeding five hundred for the subscription of its debentures, unless the company has, before such issue or offer, appointed one or more debenture trustees and the conditions governing the appointment of such trustees shall be such as may be prescribed.

(6) A debenture trustee shall take steps to protect the interests of the debenture holders and redress their grievances in accordance with such rules as may be prescribed.

(7) Any provision contained in a trust deed for securing the issue of debentures, or in any contract with the debenture-holders secured by a trust deed, shall be void in so far as it would have the effect of exempting a trustee thereof from, or indemnifying him against, any liability for breach of trust, where he fails to show the degree of care and due diligence required of him as a trustee, having regard to the provisions of the trust deed conferring on him any power, authority or discretion: Provided that the liability of the debenture trustee shall be subject to such exemptions as may be agreed upon by a majority of debenture-holders holding not less than three fourths in value of the total debentures at a meeting held for the purpose.

(8) A company shall pay interest and redeem the debentures in accordance with the terms and conditions of their issue.

Company may be enforced by a decree for specific performance.