Top 10 Oldest Countries In The World 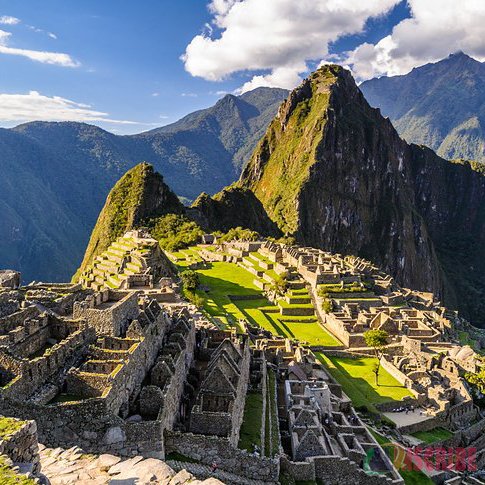 The history of human evolution is long enough. Human life began millions of years ago and went through several changes. However, the earliest signs of human civilizations are still being discovered. The archologists are working hard to discover the unknowns about human evolvement as well as about the standard of life the early human beings. Among the earliest civilizations some are still intact and have become archaeological sites, such as Machu Pichu in Peru, while others are full grown cities and countries.

Among all of the 193 countries of the world, some are newly established. Whereas some of the nations are carrying a long and glorified history to be studied about. These countries not only a play huge role in historical importance of the world but also bear a significance as preferred travel spots for the history lovers. These also often regarded as spots with rich culture and heritage, which is certainly worth learning about.

This is why we have prepared this article for you. In today’s article, we have listed the top 10 oldest countries of the world to bear long history of civilization. Each of the country is explained with a brief discussion in order to help the readers in collecting valuable information.

The country that has acquired the 10th position in the list is San Marino, it is a part of Italian Peninsula. It is also recognized as one of the smallest nations of the world. The city of San Marino is often regarded as the oldest city of the world as ever since 301 CE the nation has been an uninterrupted sovereign state.

The official establishment of the nation had been noted when the founder Saint Marinus constructed a church in Monte Titano, on September 3, 301 CE. The church became the center piece of the city of San Marino, which is also the capital city of the nation. 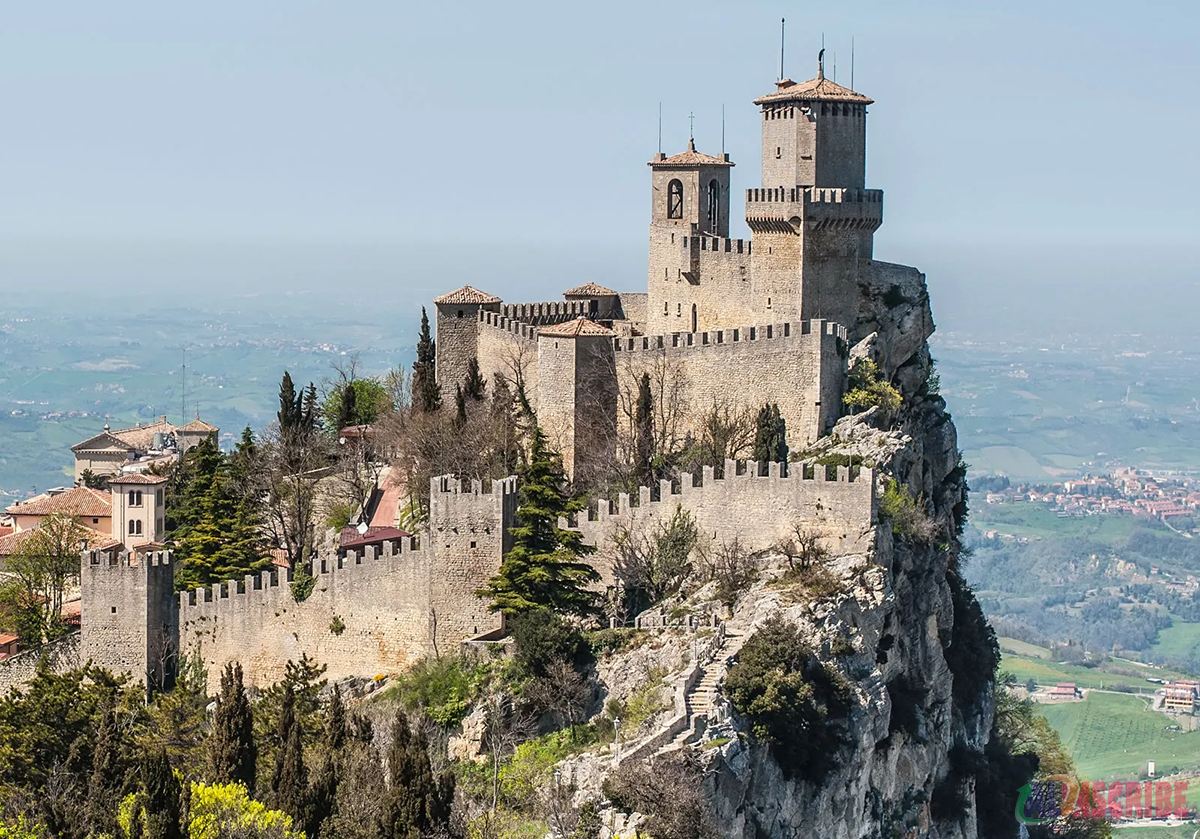 In current time, San Marino is a very prosperous country. The economy of the nation relies primarily on tourism, finance, industrial development and other service sectors. It is also one of the nations with the lowest unemployment rate in Europe. There is no national debt and a budget surplus to support the nation’s prosperous state.

Current day Iran was known as Persia until 1935. The nation was founded around 550 BCE and thus it is the 9th oldest country of the world with a rich history. Iran was established under Achaemenid Empire. Before emerging as Persian empire, a group of people lived here, such as the Elamites, who are considered as pre-Iranian civilization. The pre-Iranian civilization was settled in far West and southwest area of current Iran and Medes. The Elamites had most of control over the nation before Persians came. 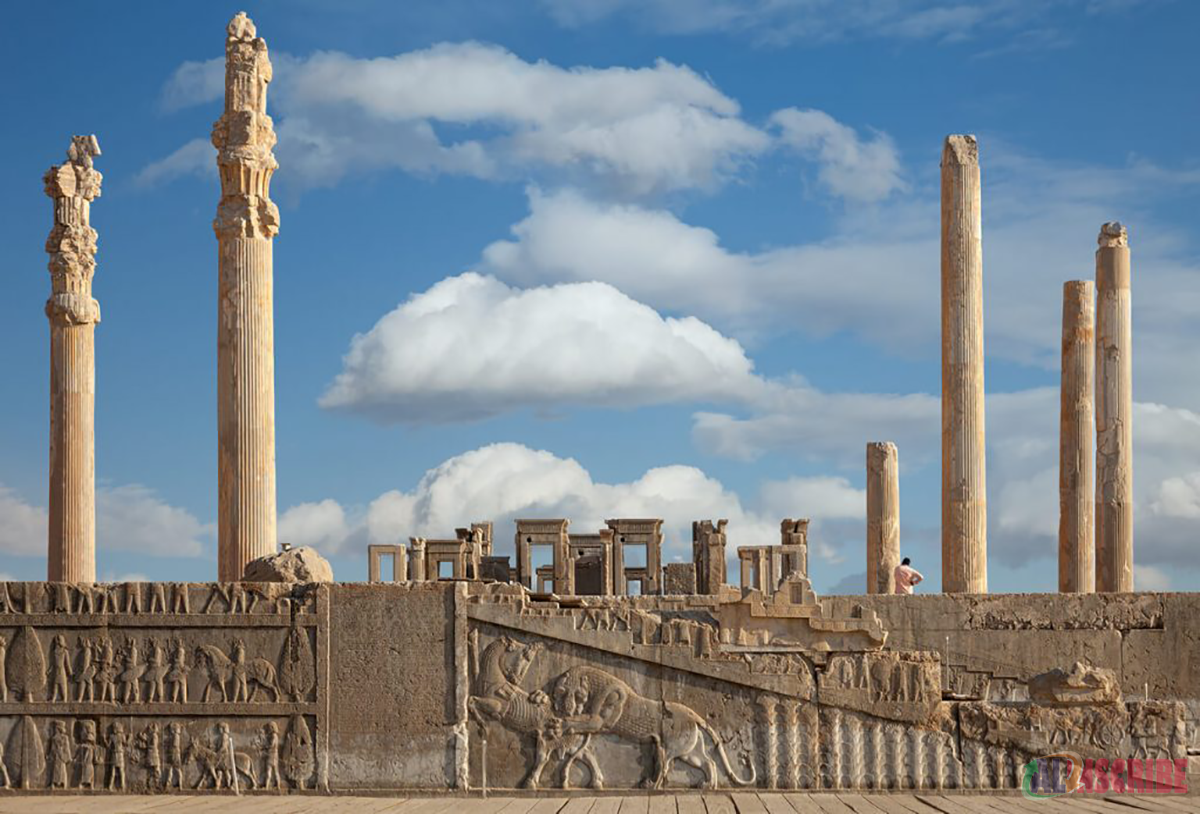 The Persian empire was established by Cyrus II around 550 BCE after his invasion of Median, Lydian, and Babylonian empires were completed. This led him towards gaining the control of Iran. Achaemenid Empire ruled Iran until the invasion of Alexander the Great in 330 BCE. The modern-day Iran is a very new civilization, which was established in 1976 after the Iranian Revolution, which ended monarchy and established an Islamic Republic.

Iran is known to be one of the nations with the richest history. It currently has 22 UNESCO World Heritage sites, which is the third most in Asia as well as the 11th most in the world.

In some of the sources Japan is regarded as the oldest country of the world as people started arriving in Japan long before the nation was actually established. However, according to the official establishment history Japan was founded in 660 BCE by the first Emperor of Japan, Emperor Jimmu. The ascension of Emperor Jimmu was the beginning of Japan’s imperial dynasty. However, Emperor Jimmu is considered as a mythic legend, who is believed to be a descendant of the sun goddess Amaterasu. He is mentioned as the first emperor of Japan by two of the early chronicles, which are Kojiki, and Nihon Shoki. As there are not enough evidence of the emperor’s existence, he is presumed to be legendary. 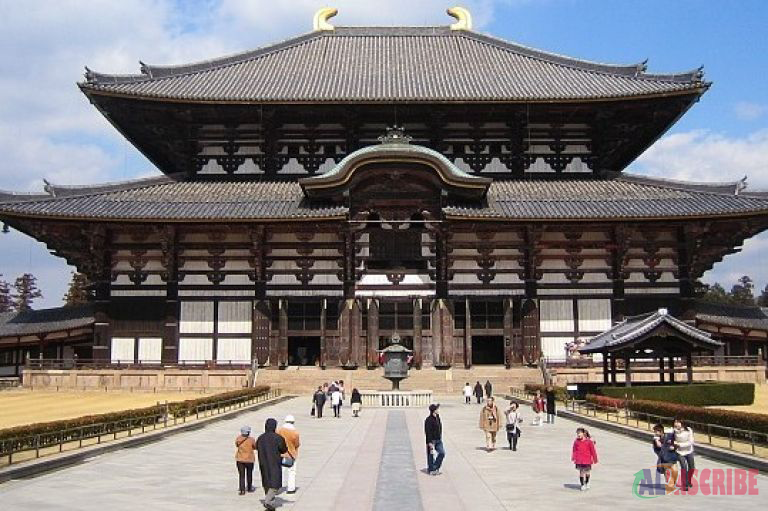 Even though the history of the early emperors is still quite foggy. The historians claim that people started arriving in Japan around 13000 BCE and the earliest record of Japan’s history is associated with Kofun period, c.250 AD – 538 AD. Japan still celebrates its National Foundation Day on February 11th as a tribute to Emperor Jimmu.

Japan is known for its longevity of people. The nation has the highest life expectancy in the world.

The Archaic period of Greece is considered to be the foundation of the nation. It is mostly a time when Greece noted its Classical Period. This period is known for being the starting point of today’s modern western civilization. Sometime around 800 BCE Greece started to cut down its dark ages and witnessed advances in art, technology, poetry and more. However, the most important factor to take place during this time is the invention of city-state or polis. 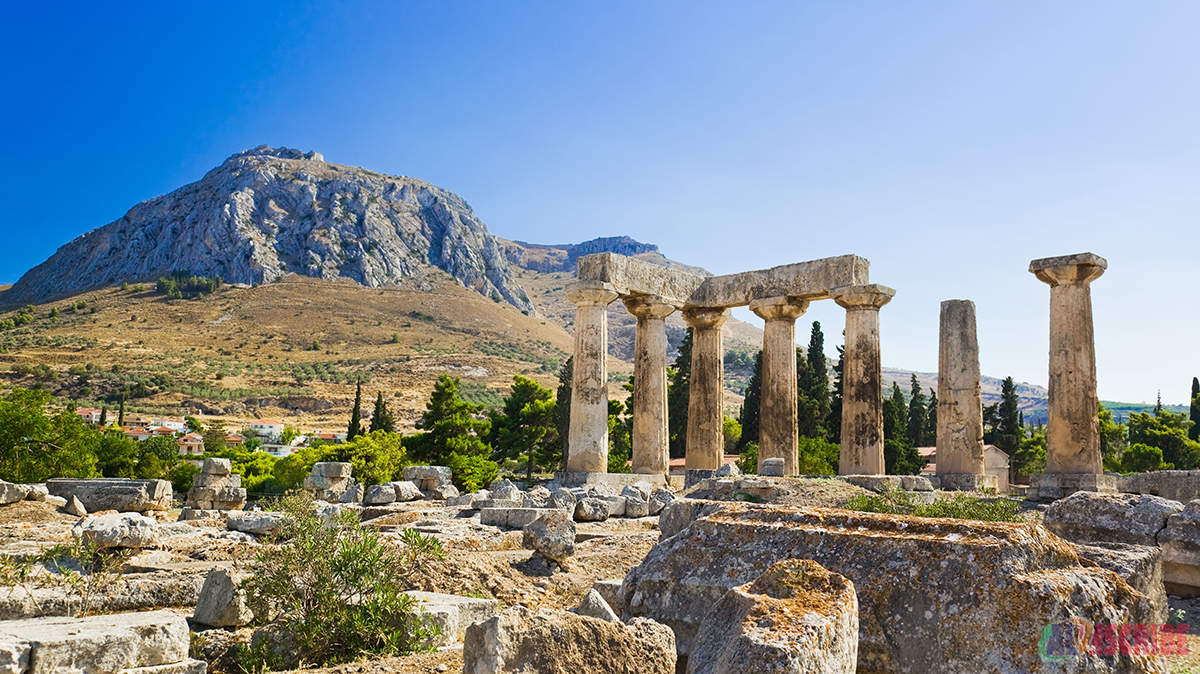 Greek alphabets as well as the earliest institution of democracy also emerged during this time. This Greece is recognized as ancient Greece, which was later followed by Roman Greece, Byzantine Greece, and Ottoman Greece. The modern-day Greece started emerging in 1821 after the occurrence of Greek Revolution.

Athens is known as the most important city of the nation ever since 1st millennium BCE.

The skeletal evidence found in Ethiopia belong to Australopithecus afarensis, which is an apelike creature to be known as the ancestor of modern humans. Hence, it is certain that Ethiopia was the home ground of the early humans, which has made the nation the 6th oldest country of the world. The traces of life in the nation developed with time and gave shape to the current day Ethiopia. Amid the formation of complex society, the first kingdom of the nation, Dʿmt, established in c.980 BCE and it lasted till c.400 BCE. 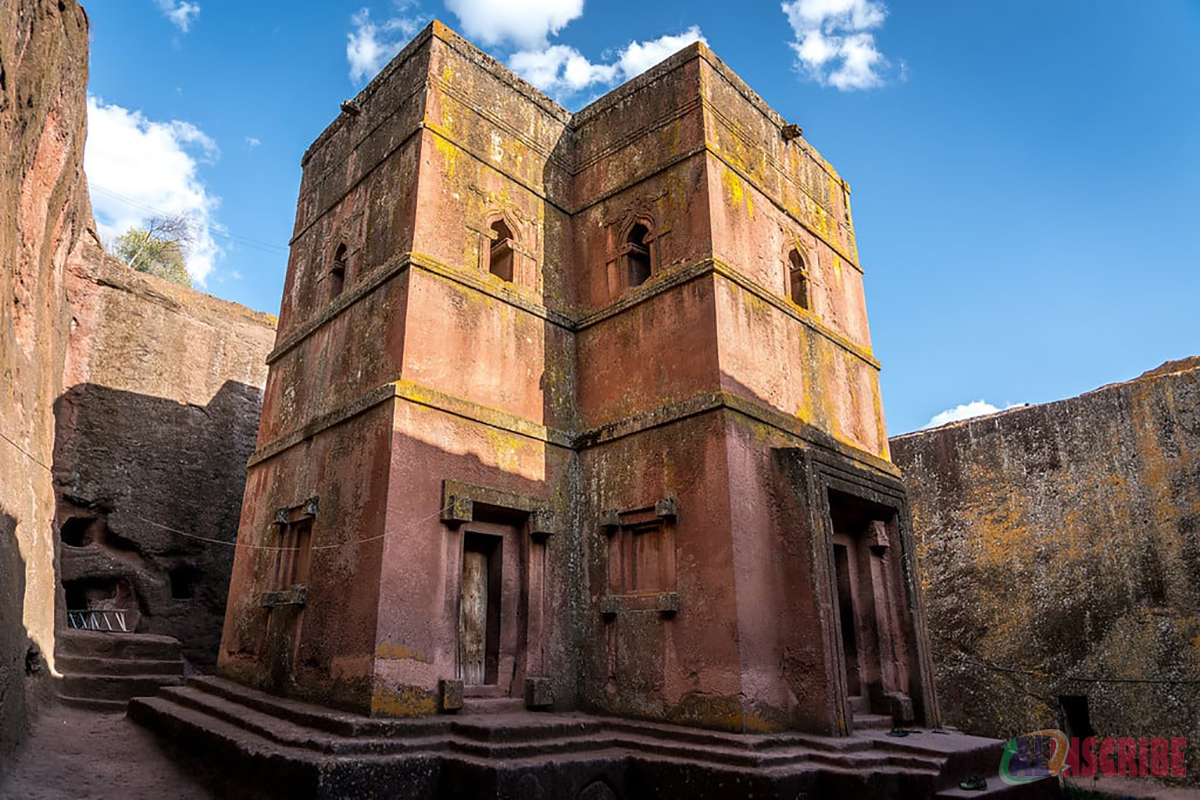 This kingdom is known for its development in irrigation schemes. They used plows and grew millet. They also developed quite a lot in making iron tools and weapons. After the Dʿmt tarnished, Aksumite Kingdom rose to power. This kingdom was established around 100 AD, and it ended sometime in 940 AD. Then came Zagwe Dynasty, after that Solomonic Dynasty, and just like this Ethiopia was ruled by monarchy until 1974.

Ethiopia is one of the very few African countries to never be colonized by any of the European power. However, it was still occupied by Italians from 1936 – 1941.

The history of Georgia started from the beginning of legendary Kingdom of Colchis and the Kingdom of Karlti / Iberia. These kingdoms play an important part in shaping the nation’s early days and making it the 5th oldest nation of the world. Around 1500 BCE, during the Bronze Age of Eurasia, this kingdoms are assumed to emerge. Greek mythology has the mentions of Kingdom of Colchis, hence, there is a chance of the kingdom to be a legend. However, some powerful tribes set up states in ancient Georgia back in 12th century BCE. 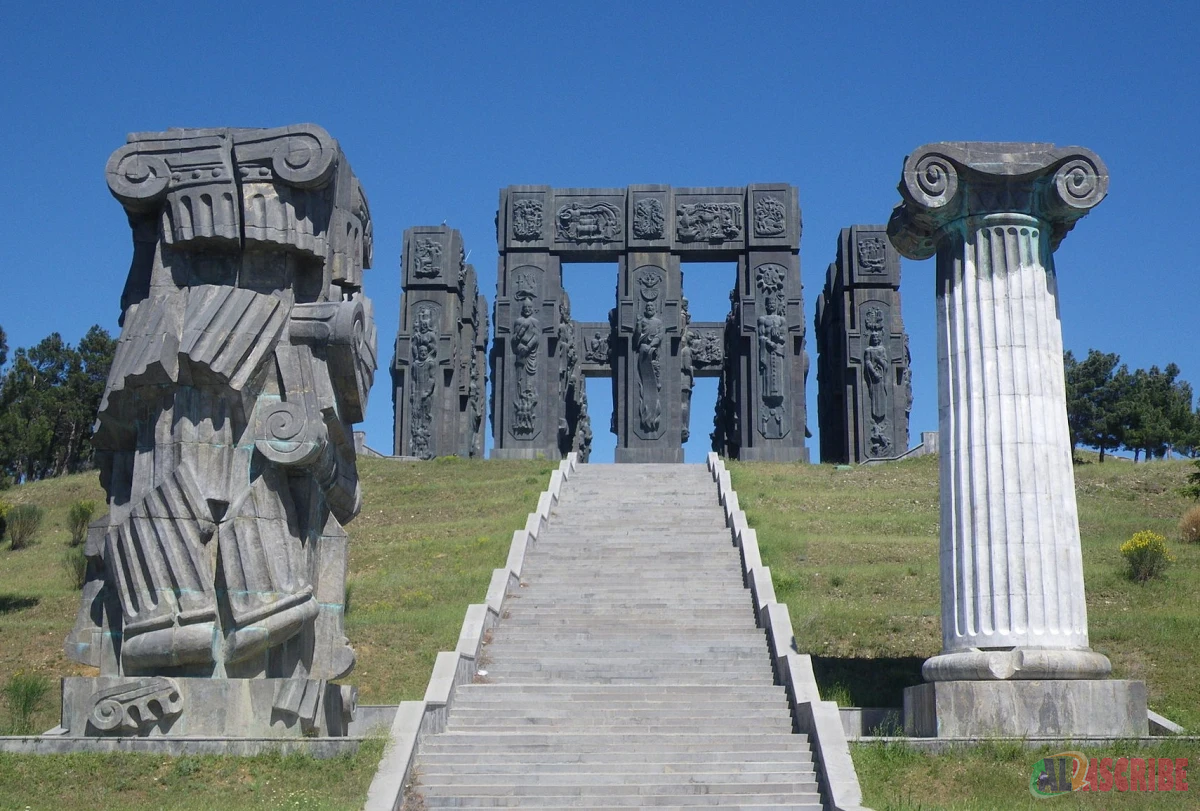 During 66 BCE, Rome and Iran fought over Georgia for 700 years. The nation also went under an early Muslim conquest in the 7th century CE. Then it was ruled by Persia and Russia. It had a short span of independence and then it again became a part of the Soviet Union. Only in the year of 1991, the nation gained its actual independence.

Georgia is the second nation to adopt Christianity during 4th century CE. the Georgian Orthodox Church is one of the oldest church of the world.

However, the excavations that took place in 1960s and 1970s provided strong evidence of Xia Dynasty’s existence. The dynastic period of China lasted till 1912. The republic was formed with the end of Qing Dynasty. Republic of China was founded in 1949 and it is continued ever since. 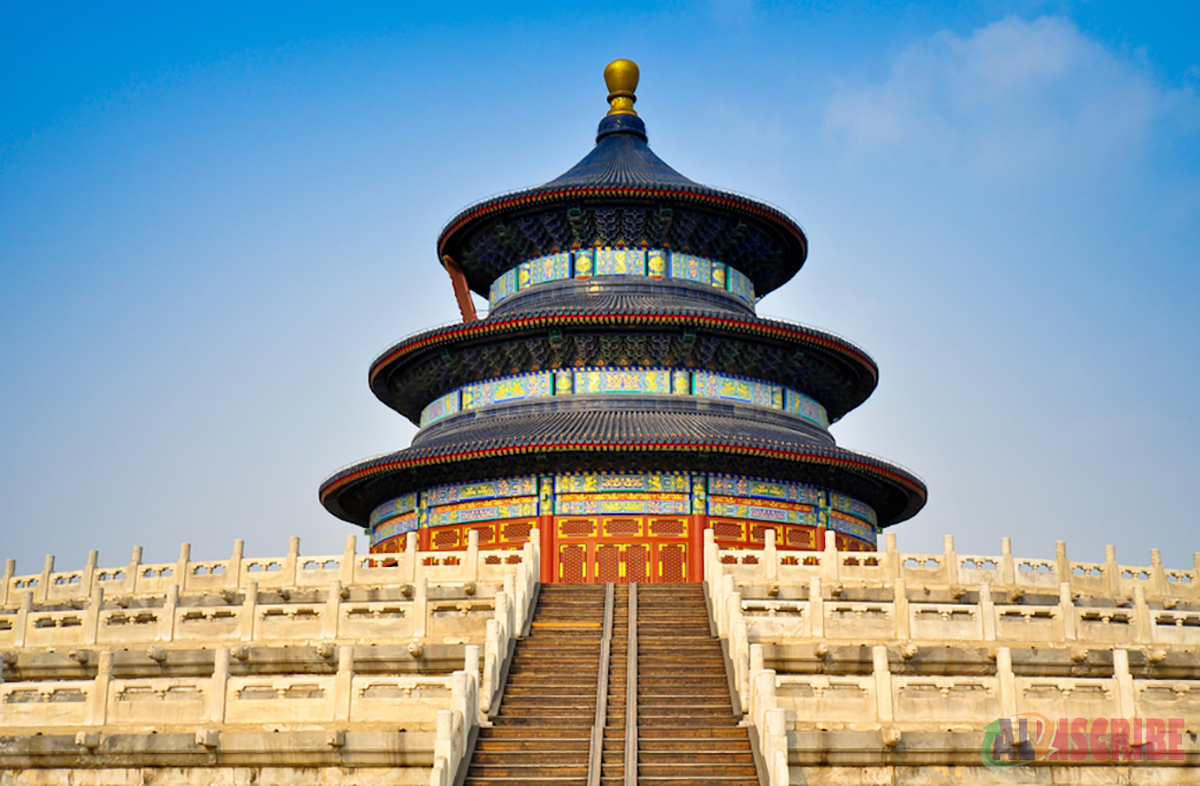 Four of the most precious inventions of China, which are the compass, gunpowder, papermaking, and printing, are celebrated as the symbols of China’s advanced science and technology.

Indus valley civilization is assumed to have a colony in Afghanistan during 3000 BCE and this is how the nation is now recognized as one of the oldest countries of the world. One of the very first cities of the world, Mundigak, is current-day Kandahar. The evidence of smaller Indus valley civilization colonies has also been founded from different parts of Afghanistan. 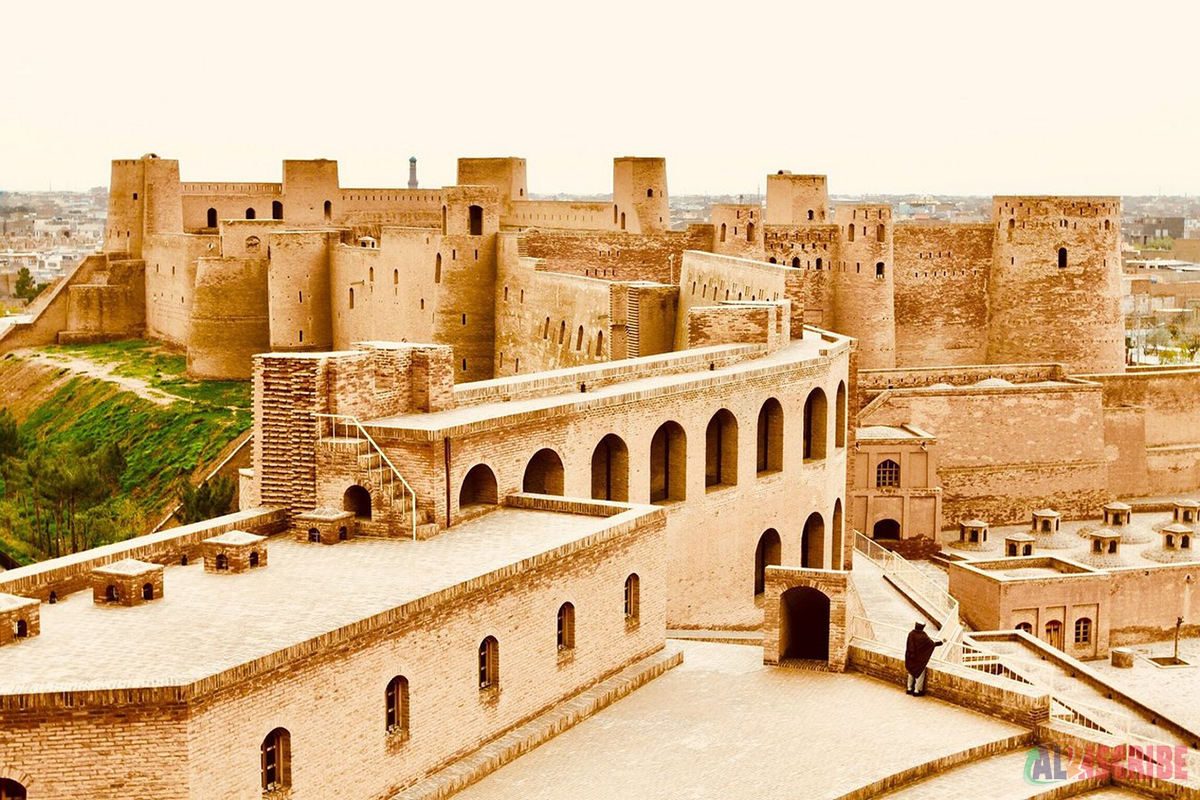 The nation was invaded by Darius I of Persia at first and then by Alexander the Great, which was followed by other invasions in the row. There was even British influence at a time. However, in 1973 Afghanistan finally became a unitary presidential Islamic republic.

Buddhism flourished in Afghanistan around the 1st century BCE to 3rd century CE during the time of Kushan Empire.

The second oldest country in the world history is India, which is known for its rich culture and heritage as well as diversity. Indian subcontinent emerged during c.3300 BCE, which started with the Indus Valley Civilization. However, the beginning of India has been noted from the start of Vedic period (c.1500 BCE – c. 600 BCE). 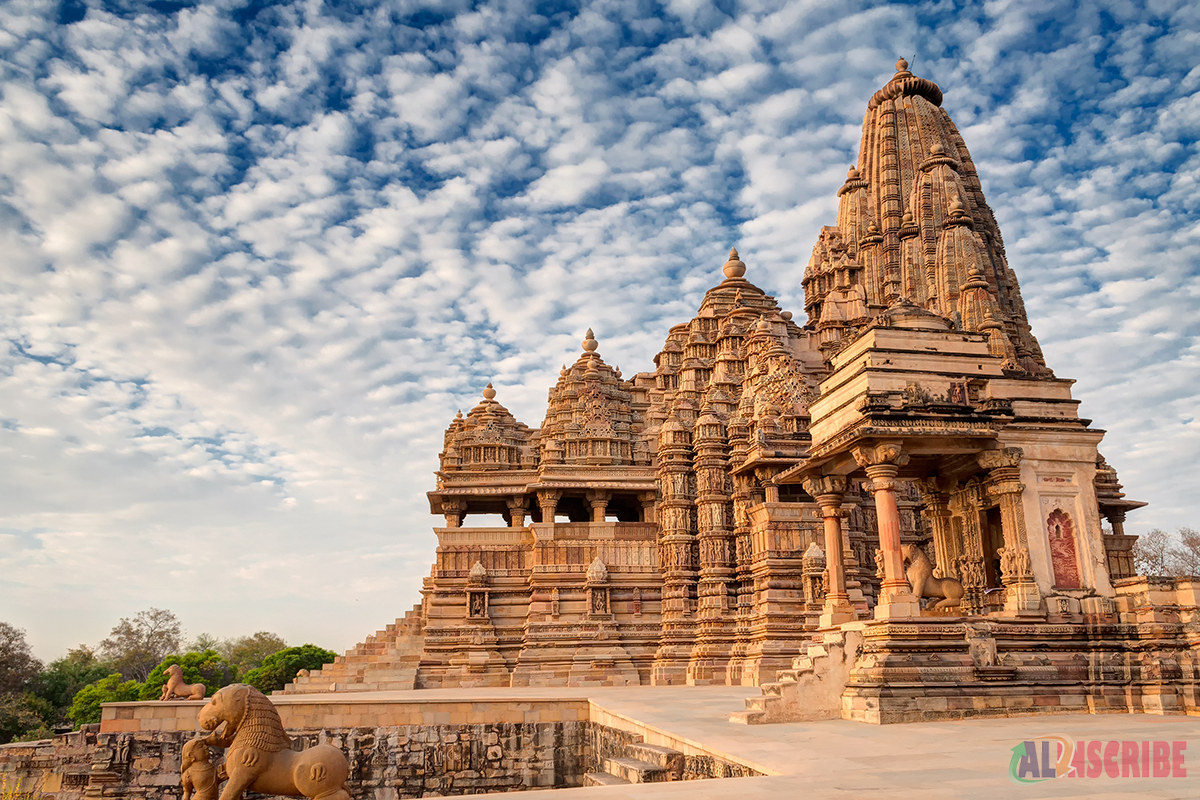 The Vedic Civilization is considered as the backbone of Hinduism as well as the Indian culture in general. The very first traces of kingdom in India started as the shape of Janapadas during 1200 BCE and lasted till Vedic period. The end of Vedic period took up by the rise of Hinduism, Jainism, and Buddhism, which also began powerful dynasties in India. Modern-day India got its independence in the year of 1947 after the end of British rule.

When many cultures were only nomadic forest dwellers over 5000 years ago, Indians established Harappan culture in Sindhu Valley (Indus Valley Civilization).

The ancient Egyptian civilization was established when various groups of hunter and gatherers settle in the Nile River Valley during 6000 BCE, and this is what makes Egypt the oldest country of the world. The first Egyptian dynasty was established on 3100 BCE. All of the upper and lower Egypt were unified into a single kingdom, ruled by King Menes. However. Menes actually stands for founder in Egyptian, so, many historians believe the founder of Egypt is actually King Narmer. 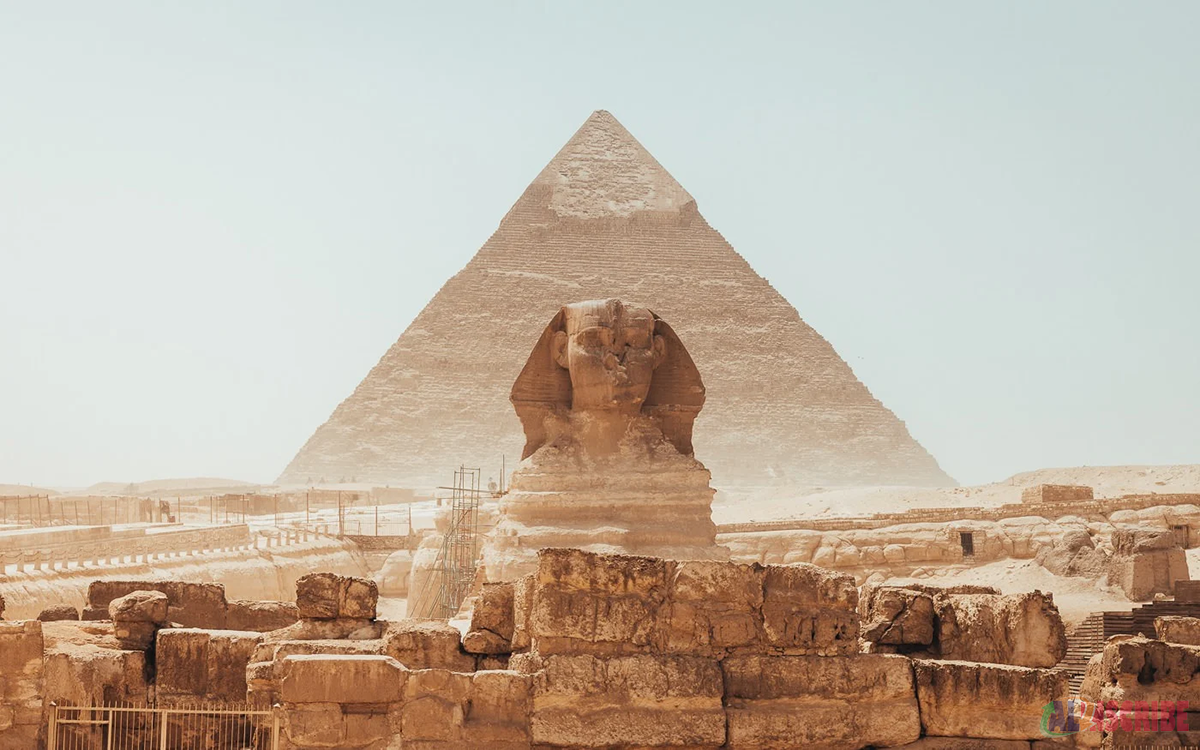 King Narmer was successful in controlling the entire navigable length of Nile. He established his capital in Memphis, which is now a city near Cairo. There was the rule of dynasties in Egypt until Alexander the Great invaded it in 332 BCE. Modern-day Egypt was established in the year of 1953 following Egyptian revolution of 1952.

Most of the Egyptian population is situated around Nile River and Egypt certainly has a large population.

If you liked reading this article, then you are more likely to like all of our Top 10 series articles. There are a lot of information in each article that might help you in knowing something new.