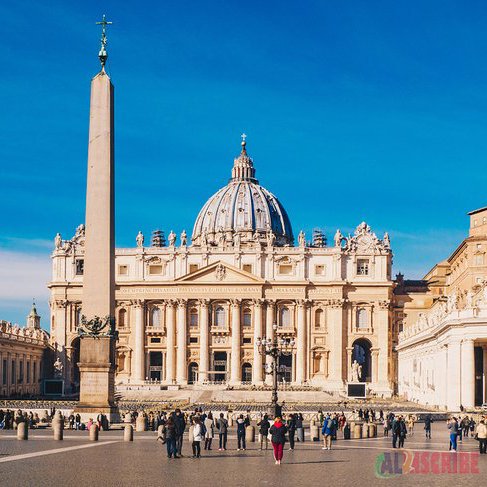 This world is an incredible place, there are a lot to see and a lot to discover. Apart from 5 oceans and 7 continents, there are 193 countries with 7.98 billion people. As much as there are nations like China and India with a large area and even larger population, there are some of the countries that are unbelievably small. And those have an unbelievably small population as well. It is always exciting to find out these small nations and know more about those and their unique features. This is what we have aimed for our article today.

In ALInscribe, you can find a good number of articles on the topics related to countries. There are the 10 most beautiful countries, 10 oldest countries, 10 most visited counties, 10 countries with the largest economy, 10 most expensive countries to live in and so on. Then why not the 10 smallest countries as well? So, this is why we have prepared today’s article.

In today article, we are going to discuss about the 10 smallest countries of the world based on area. The population of each nation will be mentioned as well. The list is prepared in a descending order. Hence, read the article to know the country to gain the reputation of the smallest country of the world.

The very first name in this list is of Malta, which is also the 10th smallest country of the world with an area of 316 square kms. Malta is situated in the center of Mediterranean and known for its historical importance and fusion of culture that is capable of fascinating everyone. It is not only one of the smallest countries of the world but also the nation of own three major heritage sites as per UNESCO. Malta is also known as the place to possess Europe’s longest history, such as the megalithic temples dated back to 3150 BC. The architecture that the nation boasts, is another major attraction for the tourists as well as its historical importance. 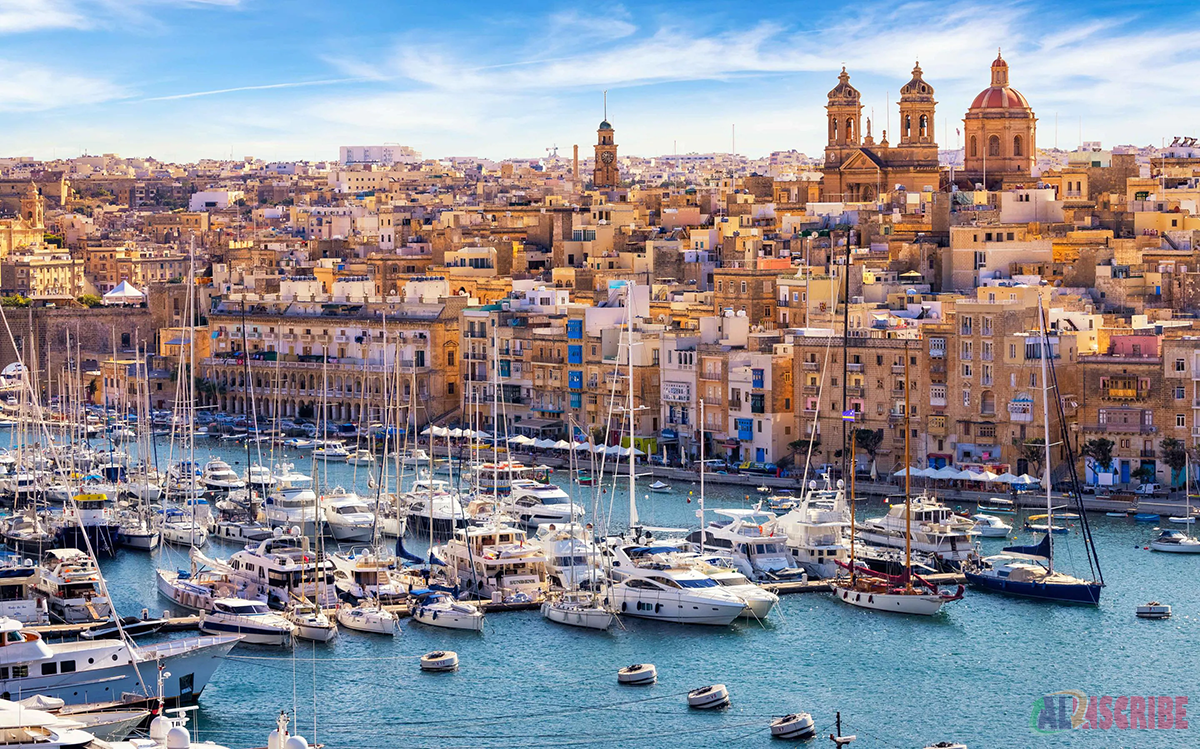 Valletta, the capital city of the nation is known for its coastline that is adored by spectacular view and perpetual sunshine. The city is also known as the smallest European capital. You can find the typical English red telephone booths here, as the city was one colonized by the British.

In the 9th position of the smallest countries of the world, it is The Maldives. The nation is situated in the Indian ocean about 500 kms from the farthest tip of India. The Maldives is one of the most popular tourist spots in Asia. It attracts water sport lovers on a great level. There are 1,190 islets embedded in 26 coral atolls in the nation. The highest natural point of Maldives is situated only 5.1 meters above the waves, which makes it the flattest country of the world as well. 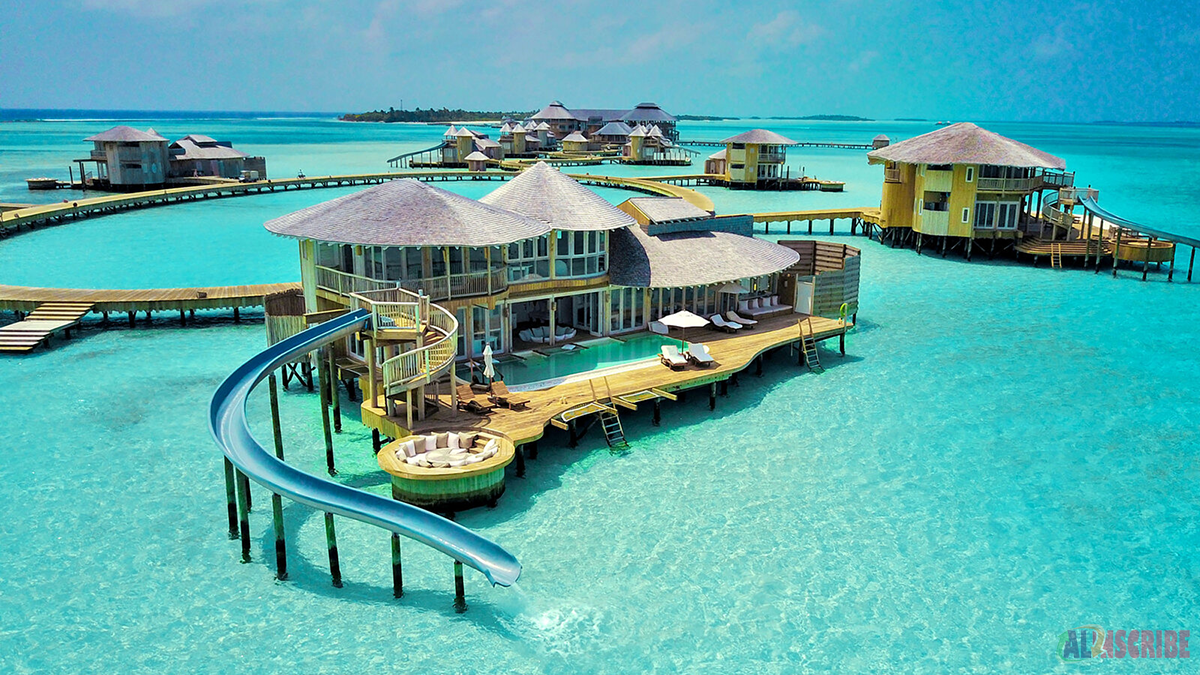 If you are visiting Maldives then you must tryout the sports that make the nation famous, such as snorkelling and scuba diving. However, you can also just do nothing other than resting at the gorgeous white-sand beaches or at the luxury resorts. The capital city Malé, is the home for most of the inhabitants. However, the major concern associated with the country is its disappearance as a result of Global Warming.

The Caribbean nation duo that are considered as a single country have taken up the 8th position as the smallest countries of the world, with an area of 261 square kilometers. Saint Kitts is the larger part of the nation, and it is located in the north. Saint Nieves is the smaller part, which is situated in the southern part. Saint Kitts and Nevis is also the smallest nation of the Americas. It is discovered by Christopher Columbus on his second trip to America. In current time, these islands have become a popular tourist spot because of the reef-protected beaches, rugged rainforests, Brimstone Hill Fortress, volcanoes such as Mount Liamuiga and Mount Nevis and colonial-era towns. 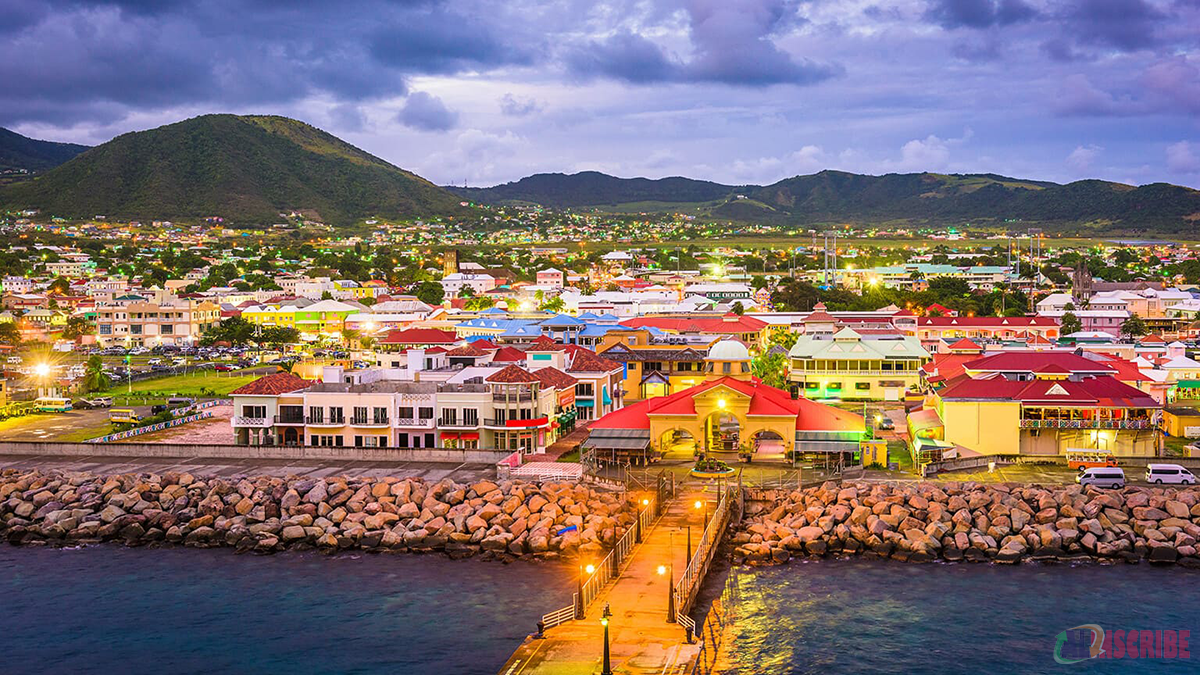 The capital of the nation is Charlestown, in which lives the large part of the entire population. The nation is an independent commonwealth state and King Charles III is the head of the state. Among Saint Kitts and Nevis, Nevis is more tranquil and contains eye-pleasing botanic gardens.

Marshall Islands occupies less than 200 square kilometers a sits area, 190 square kilometers precisely, and that is what makes it the 7th smallest country of the world. The nation is situated in the northwest of Australia. It is divided into coral islands. The nation is not only small but also very young, as it gained its independence from the United States only three decades ago. Bikini atoll is one of the 29 coral atolls possessed by the nation, which became famous of atom bomb testing. The swimwear was named after this atoll. Another thing for which the nation is famous is scuba-diving mecca and you can find sunken World War II ships and aircrafts here. 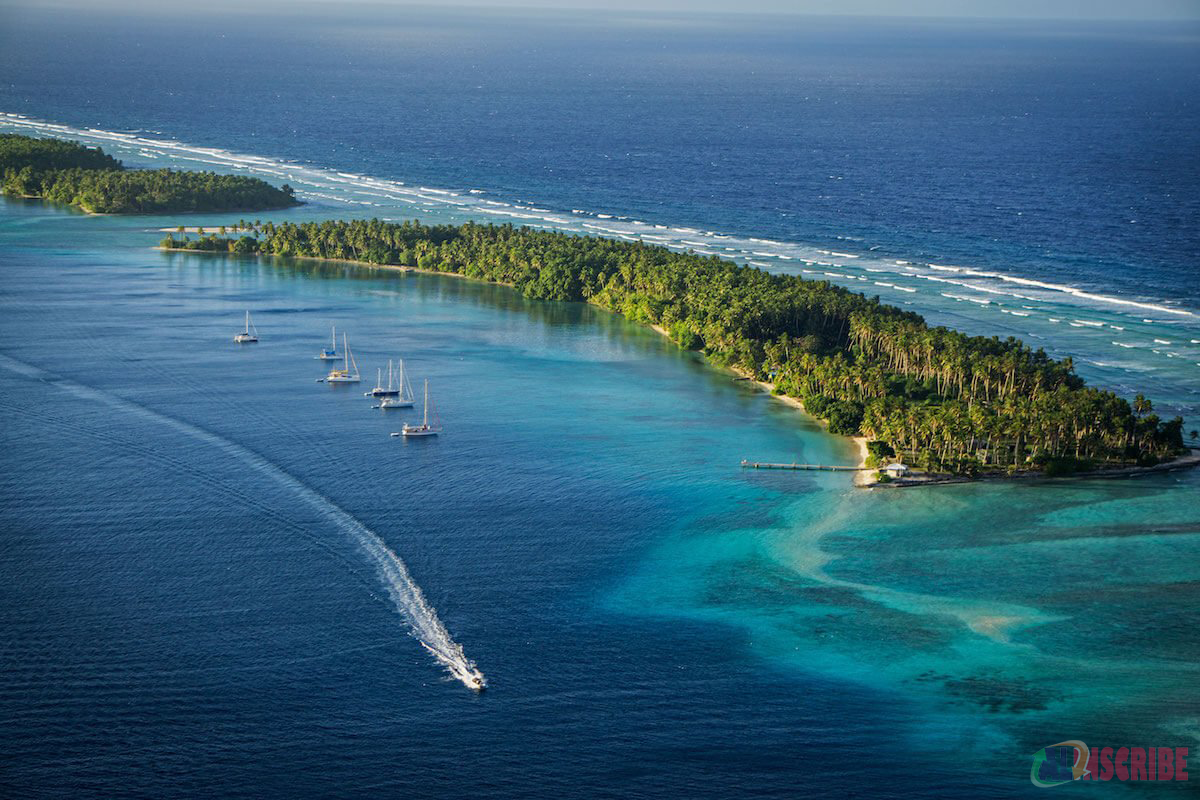 Majuro is the capital city of the nation, which contains most of the population. The native people make their living from fishing, tourism and production of coconut oil. In past The Marshall Islands were included under the Spanish rule as a part of Spanish East Indies.

The 6th smallest country Liechtenstein is situated in the flanks of Austria and Switzerland. Sharing some of the splendid alpine scenery with Rhine Valley, Liechtenstein becomes one of the most unknown destinations of Europe. If you are a jaded traveler or if you like mountain biking and skiing, then this nation can be one of your dream destinations. Prince's Way, the high-altitude walk, has one of the best sceneries to ever witness, however, it is still unknown to the world. The snow-backed 12th-century Vaduz Castle is another sight to cherish, even though it is closed to public. You can still get the historic test in Kunst Museum, which has paintings by Rembrandt, Rubens and Van Dyck. 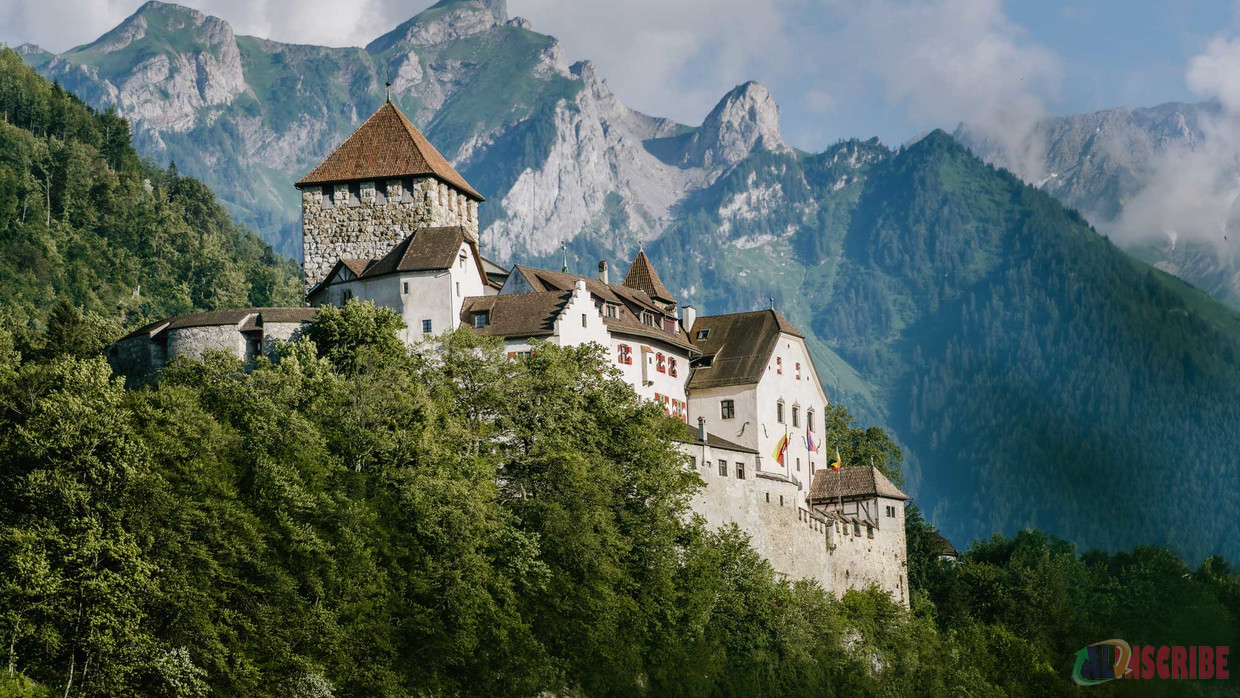 The capital of the nation is Vaduz. However, it is not the most populated city. Most of the population of country resides in Schaan. It is one of the very few nations of the world, which does not have an army and acts as a neutral nation.

The 5th entry of the list is acquired by San Marino, which is not only one of the smallest countries of the world, with only 32 square kilometers, but also one of the oldest ones to exist. It is recognized as the 10th oldest nation, which was founded in 301 AD. C. It is situated in the northern side of Italy and is one of the last survivors among the independent states, located across Italy. The nation is full of old architecture, and some spectacular sites of the remnants of castles. The church of Mount Titano is recognized as one of the world heritage sites of the world. 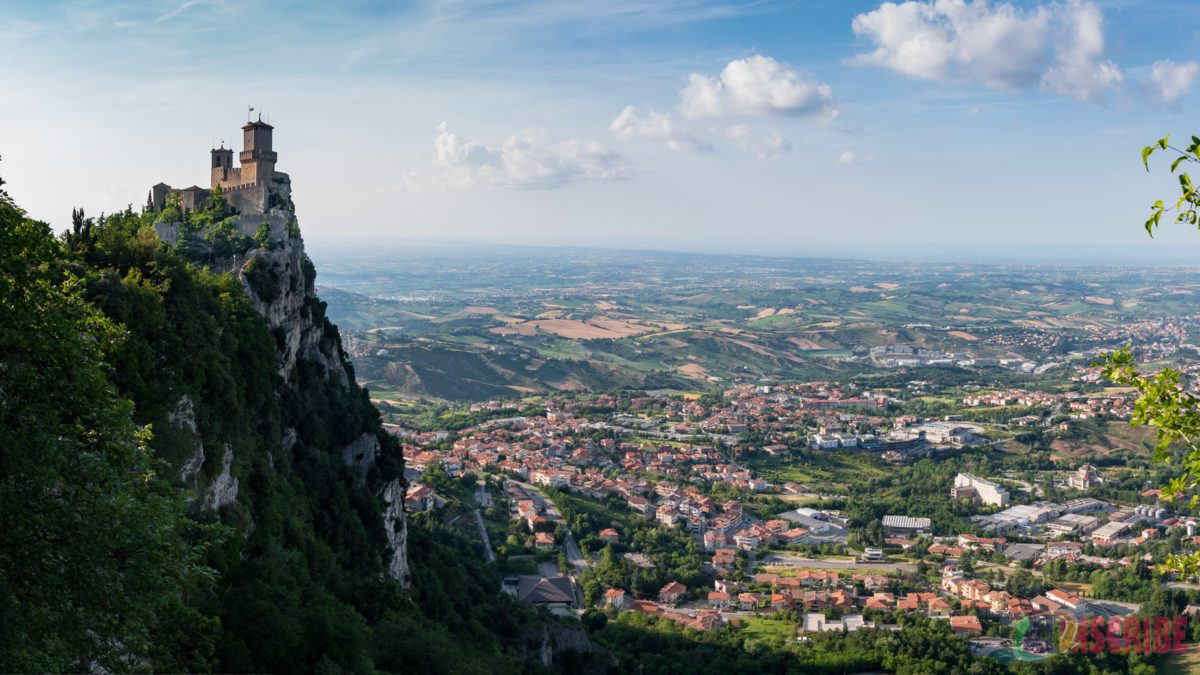 San Marino city is the capital of the nation, and this is where the church of Mount Titano is located in. San Marino is the only country in the world history that was never colonized by a foreign power, even though Italians have always influenced the nation vastly.

Taking up only 30 square kilometers of the land, Tuvalu is located in the halfway between Australia and Hawaii. The nation contains only 9 small islands, which are full of coral reefs and deep blue lagoons. The nation is known to be very remote, so much so that it only gets a thousand of visitors each year. Hence, if you are a traveler to dislike crowded spaces, this is the best place for you. Tuvalu is the best place for an eco-getaway with low-key accommodation. There is neither the sickening crowd of Hawaii nor the interruption of cruise ships, which makes it the best place for individual exploration and a peaceful trip. You can go snorkelling in the lagoon or rest in the beaches and enjoy you trip like never before. 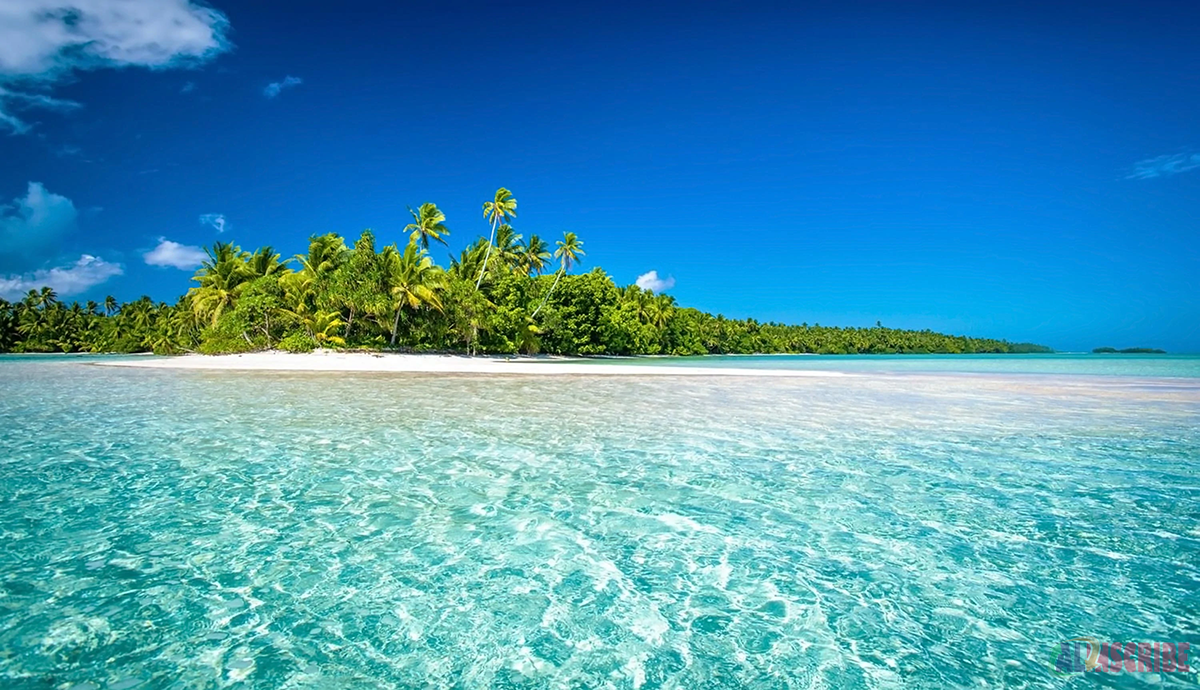 The capital of the nation of Funafuti, which has only 6,200 inhabitants. However, just as Maldives, Tuvalu also suffers from the threat of disappearance as the coral atolls are extremely sensitive to rising water levels.

The nation of Nauru is known as the smallest island nation as well as the third-smallest nation of the world, with an area of only 21 square kilometers. The republic sits in its reef-fringed form in the Pacific Ocean. This nation serves as the host of Australia’s offshore detention center. And this is the only nation of the list that we will not recommend you visit. The perimeter road located in the nation offers some good and sparkling scenery. However, the inland areas are mostly barren. You can also find some remnants of old Japanese World War II, which can spark up some interest. However, the lack of great beaches and convenient tourism infrastructure makes it bland compared to other micronations. 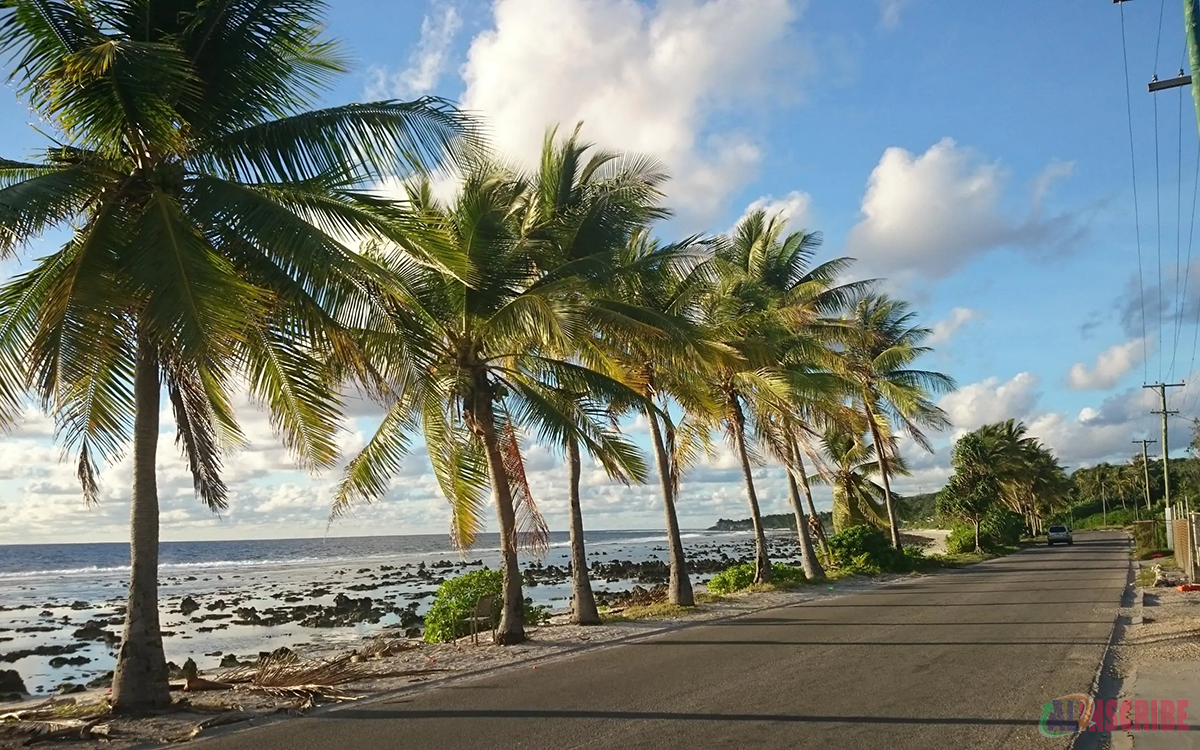 Nauru has no official capital. However, the government offices are located in Yaren. The nation gained its independence in the year of 1968 and became a member of the Pacific Community in the year of 1969. The majority of the population speaks in English, which makes English as its official language.

It is almost unbelievable that a nation having only 2 square kilometers of area contains a population of 38,300 inhabitants. This not only makes the nation the second-smallest country of the world but also the nation with world’s densest population. Surprises of Monaco do not end here, it is also one of the nations with surprising array of sights. The city-state is situated in the Mediterranean coast of France. It possesses the majestic Grimaldi Palace, the charming Monte Carlo casino, a cathedral, an excellent Oceanographic Museum, and a number of delightful gardens. Without a single doubt, Monaco can be one of the most glamourous sights to visit and also the most glamourous micronation to exist. 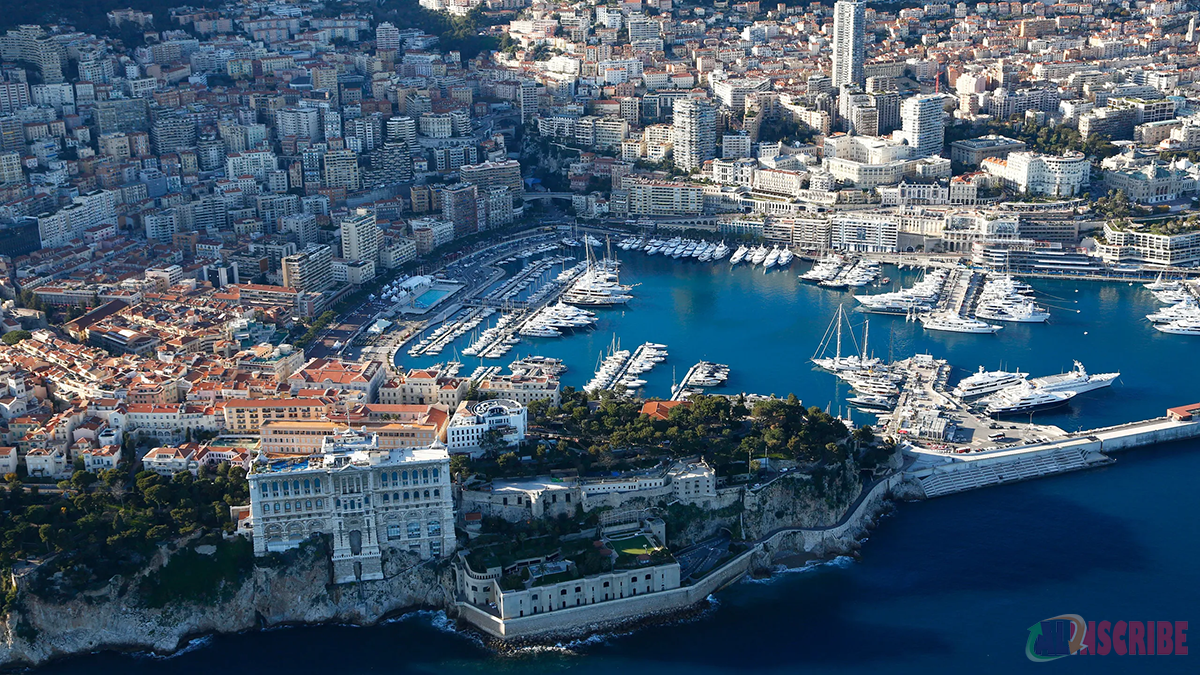 Monaco has no official capital since the nation has only 2 square kilometers of area. However, Monte Carlo is known as the administrative area of the nation. The nation is certainly sunny and very immaculately kept, which makes it one of the most pleasant places that you can ever visit. The extravagant hotels and resorts are perfect companions of a nice trip.

The smallest country Vatican City is actually an independent state to possess an area of 0.44 square kilometers. The city state is closely linked with the Italian Capital. Vatican City became an independent state in the year of 1929 on 11th February. And since then, it has gained the reputation of the smallest country as both by area and population. Vatican City State is an ecclesiastical or sacerdotal-monarchical state, in which the nation is ruled by the people who is also the bishop of Rome and the head of catholic church. The cultural and historical importance that this place holds is hard to explain through words. St Peter's Basilica is recognized as the most important religious establishment of the world. Sistine chapel is decorated with Michelangelo’s master pieces and the Vatican Museums are the home of world’s richest art collection. You can also roam around the Vatican gardens. The city-state has gained the reputation of one of the world’s heritage sites. 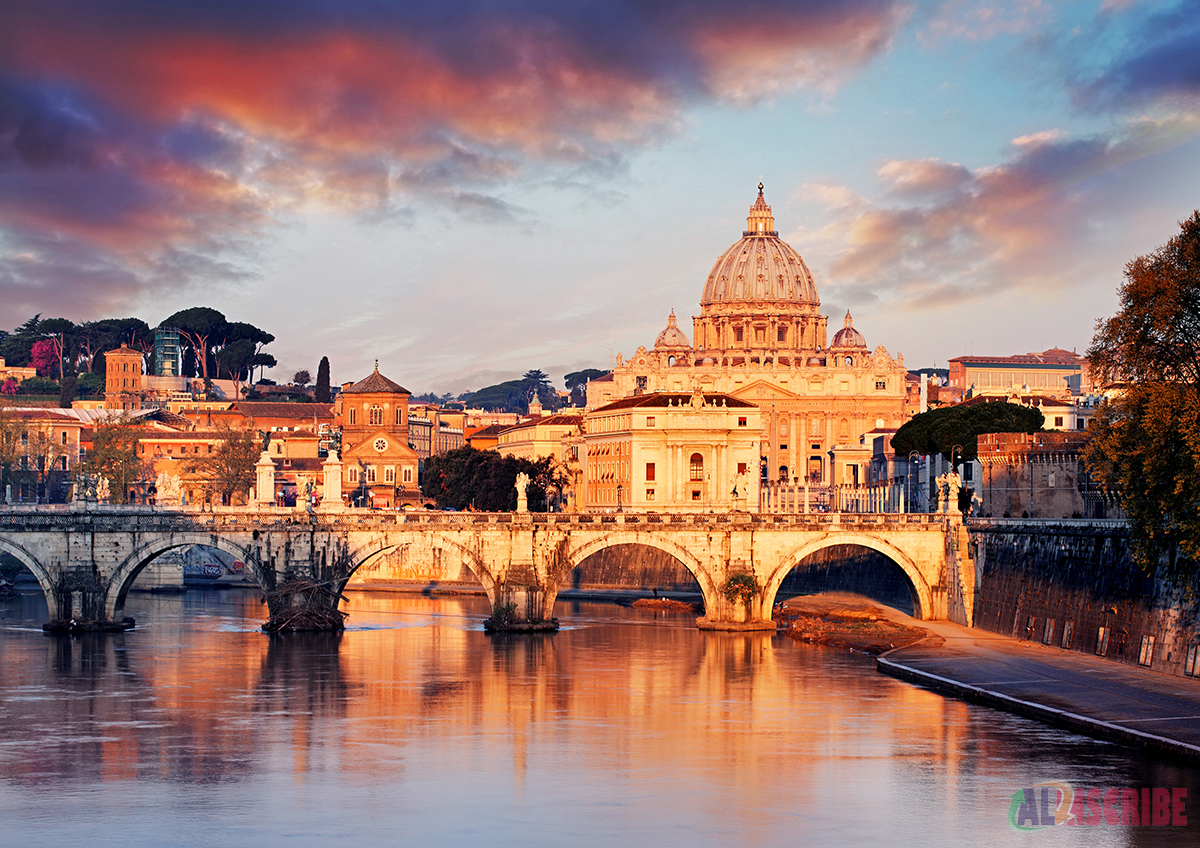 The population of the nation is significantly low, which is less than 1000. One of the major reason behind it is the lack of hospitals in the city-state. Hence, none can be born as a resident of Vatican City. The citizenship can only be obtained by securing a job here.

If you liked this article, then you can read more article related to nations and places by going to ALInscribe’s Top 10 category.