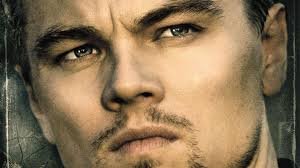 Like his co-star in Gangs of New York, Daniel Day-Lewis, Leonardo DiCaprio has concentrated his career on quality as opposed to quantity.  Since his first feature film in 1991 DiCaprio has appeared in only 28 big screen productions over a period of 26 years providing an average of roughly one movie per year. Two more films are in the pre-production stage. Similar to Day-Lewis most of his appearances since 1994 has been critically acclaimed and without exception commercial successes of note. Today he is a highly respected actor, one of the biggest stars of the silver screen and associated with the best quality of acting resumes, that makes him the envy of many of his peers. Scores of projects are planned for his future career, too many to ever all come to realization.

Leonardo was born in the place that would make him famous one day, namely Hollywood on November 11, 1974. His father was of German/Italian descent and his mother German/Russian.  Leonardo’s father was well known in comic book circles as distributor and artist.  The surname DiCaprio is some indication of his Italian ancestry. As a child, Leo often paid visits to his grandparents in Germany.

When his parents separated, Leo was only one year old and he lived mostly with his mother but also spent time with his father who later remarried.  The neighborhood where Leo was raised was rough and scary. No doubt the young boy learned many of life’s lessons there.  His step mother was Peggy Farrar and she had a son at the time of the marriage to his father, by the name of Adam Farrar, who became Leonardo’s older step brother.

Both natural parents recognized in Leonardo a talent for performing and they soon registered him with an agent who got the young DiCaprio parts in several TV shows. Humble beginnings for the star that DiCaprio is today.

Leo attended the Seeds Elementary School and the John Marshall High school.  He never completed high school, although he polished off a general equivalency diploma (GED).  In his case the emphasis placed on education was proven wrong because it seems almost surreal that a person can portray the depth of mature emotions displayed by Leonardo in his various film roles without formal training as an actor.  One can only conclude that it is a talent seated in the very DNA of this gifted man.

Leonardo has never entered the state of marriage but there has certainly not been a lack of companionship experienced. He has a wide circle of friends from both the industry and outsiders, with choice females in his repertoire of relationships.  His had two romantic liaisons with model Bar Refaeli and also dated other models, singers, and actresses like Bijou Phillips, Gisele Bündchen, Emma Bunton, Kristen Zang and Emma Miller. While filming “Blood Diamond” in Africa he adopted a daughter.  Although she does not live with him he sees to her needs in her home state in Africa and communicates with her on a regular basis.

He expressed amazement at his popularity after the release of the film “Titanic” in 1997 quoted as saying that he was unprepared for the fame that followed and in a state of shock, adding that he never expected to reach that height of popularity again.  Leonardo remains humble and level headed about his fame saying:

“As soon as enough people give you enough compliments and you're wielding more power than you've ever had in your life, it's not that you become an arrogant little prick, or become rude to people... but you get a false sense of your own importance and what you've accomplished. You actually think you've altered the course of history.” https://www.smh.com.au/news/Film/Fame-went-to-my-head-DiCaprio/2004/11/03/1099362198966.html

DiCaprio has lent huge support to the movement for the improvement of the environment. This saw him active in the campaign of John Kerry for USA President because of Kerry’s strong views on environmental issues. He has also created the Leonardo DiCaprio Foundation to promote environmental awareness. He has been a staunch liberal Democrat for many years.

In addition, philanthropic work like large humanitarian donations features in his activities as a prominent Hollywood figure.  Leo has never used drugs. His name was given to him when his pregnant mother looked at a painting of Leonardo da Vinci and he gave his first kick in his mother’s womb.

Actor and Producer of Films

As mentioned above Leonardo’s acting career started off with small, insignificant roles in TV shows. His first feature film release “Critters 3” did nothing to improve his prospects as an actor.  From the release of “This Boy’s Life” he started earning respect and subsequently “Romeo & Juliet” in 1996, really put him on the Hollywood map. The next year he starred in “Titanic” still a box office champion outside the large movie franchises that have become so popular.

Since then Leonardo has only been associated with the best in movie history.  His cooperation with famed director Martin Scorsese in no less than five films with another in pre-production benefitted the careers of both men.  The pairing brought movie fans some of the finest in cinematic entertainment with “Gangs of New York”, “The Aviator”, “The Departed”, “Shutter Island”, and “The Wolf of Wall Street”.  Other famous directors who have worked with Leonardo are Steven Spielberg, Christopher Nolan, Clint Eastwood, and Quentin Tarantino to name some of the most outstanding.  No wonder every movie over the last 15 years has taken the art of cinema to new prominence in the modern era.

As to the ability of Leonardo DiCaprio to express himself as an actor, numerous acting accolades and awards provide proof of his talent in this department.  Just sticking to the most prestigious, the Academy Awards or Oscars as they are popularly known Leo was nominated as Best Actor in a Leading Role for “The Aviator”, “Blood Diamond”, and “The Wolf of Wall Street”, before finally clinching it with his unbelievable performance in “The Revenant”.  He was also nominated for the same award in the category of supporting actor in “What’s Eating Gilbert Grape”.

I refer to Leonardo as a reluctant star because he places a high premium on his privacy.  He is not seen often on the red carpet at Hollywood events where other stars are eager to catch the limelight.  Like Daniel Day-Lewis and Greta Garbo he prefers to work at his craft without the adulation and interest usually showered on Hollywood celebrities. A small price to pay for the pleasure that he brings when he is allowed to work at his peak.

Leonardo has also produced some 25 film projects, some of them commercial and others documentaries aimed at the promotion of environmental health.

The Black Hand Pre-production, release date to be announced

Killers of the Flower Moon Pre-production, release date to be announced