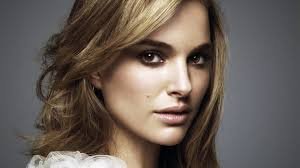 Birth: Natalie was born in Jerusalem, Israel on June 9, 1981

Training: Attended school in New York and subsequently Harvard University where she majored in Psychology.

Career: Has appeared as actress in numerous feature films, but also in TV productions and on the stage.  Her resume indicates activities as a film producer, film director and acknowledgements for music in films

Natalie Portman hit the world of cinema with a bang, with her provocative and outstanding performance in the film “Léon: The Professional”. At the tender age of 13, she starred in this super suspenseful movie with Jean Reno and Gary Oldman, punching audiences right between the eyes and setting her on a trajectory which would bring fame and fortune to this, talented young women.  When Natalie won the Academy Award for best actress in 2010 for her portrayal in “Black Swan” she was the first actress born in the 1980's to receive this honor. Since then she has grown in stature and popularity, consistently receiving accolades for her ability to portray an array of roles requiring the full range of emotions that evoke the love and admiration of her many fans.  Like good wine, she seems to be getting better with age, even though she is still relatively young.

Natalie’s parents lived in different countries when they met, her father being a citizen of Israel and her mother from the USA. After their courtship, marriage followed and the coupled settled in Jerusalem where Natalie was born on June 9, 1981.  Her birth name is Natalie Herslag, named after actress Natalie Wood. She is an only child.  When Natalie was three years old the couple moved to the USA where her father completed his training as a fertility expert in medical practice. Her mother is an artist, homemaker and also acts as Natalie’s agent/manager.

After moving around in the first couple of years the family settled in New York where Natalie has spent most of her life also attending school there.  After school, she majored in psychology obtained her bachelor’s degree Harvard University.  Natalie has always felt strongly about her Jewish heritage and also married her husband in a Jewish ceremony in 2010.  Her leanings toward her Jewish background has compelled her on a number of occasions to come out in defense of the plight of Israel. She returns to Israel from time to time and has indicated that her children will be receiving a Jewish upbringing.  Her family life was always stable. With a happy and fulfilled upbringing, her reliance on this solid and steady family life as a source of inspiration for her various films roles appears to be bearing fruit.

Natalie had only one long term relationship before she met French choreographer and ballet dancer Benjamin Millepied. Millepied was the choreographer for “Black Swan”. The couple was blessed with a son Aleph in June 2011, got married on 4 August 2012, followed by the birth of a daughter, Amalia in February 2017.  Although the pair moved to Paris in 2014 for a while where Benjamin was appointed as the principal choreographer of the Paris Opera Ballet, they were not happy as Natalie found the French stuffy, rude and obsessed with etiquette.  The result is that they returned to the USA in 2016, now living in Los Angeles in happier circumstances.

Starting with “Léon: The Professional”, Natalie acted in four movies during the period 1994 to 1996. She impressed in all of them. Of her role in “Beautiful Girls” The New York Times states: “And Ms. Portman, a budding knockout, is scene-stealingly good even in an overly showy role.” https://www.nytimes.com/library/filmarchive/beautiful_girls.html. The actress has arrived but still had to navigate the transition to adult actress for lasting success.

Natalie’s response to the challenge was to leave the movies behind for a while, to concentrate on her studies.  It was only three years later that she made her next movie, now as a young adult star in the hugely anticipated new Star Wars trilogy as the character Padmé/Queen Amidala. The second and third movies were released 2002 and 2005 and did much to cement the name of Natalie as a major player on the Hollywood scene.  In between, she impressed with her portrayal of various characters in movies like “Cold Mountain”, “Zoolander”, “Garden State”, and “Closer”. Her petite posture and refined disposition led to comparisons with the late Audrey Hepburn.

Natalie Portman is a highly intelligent actress with a reported IQ of 140.  She holds dual citizenship of both Israel and the USA.  When she interrupted her movie career to complete her studies Natalie reportedly claimed “ I'm going to college. I don't care if it ruined my career. I'd rather be smart than a movie star” https://www.boomsbeat.com/articles/14143/20141229/50-interesting-facts-about-natalie-portman-her-impressive-iq-will-blow-you-away.htm.

Natalie became a vegetarian in 2009 and later changed to full blown vegan avoiding all animal products. When she became pregnant with her daughter she changed her diet back to vegetarian only to resume the vegan lifestyle on the completion of her pregnancy. Natalie was first approached to do modeling but found it boring and preferred to pursue a career in films. Natalie also took the role of Anne Frank in the Broadway production of “The Diary of Anne Frank”.

In the International Movie Data Base (IMDB) scores of nominations and wins for various acting roles are listed.  Natalie was nominated three times for best actress by the Academy of Motion Pictures and Arts. “Closer” and “Jackie” were both nominated in this way and the coveted statue was awarded to Natalie for her unforgettable role in “Black Swan” in 2010. With 39 feature films released and three more waiting in the wings, Natalie has truly been a very busy movie star.  All of this occurred in a movie career spanning 23 years. With age on her side, the best is probably yet to come.

The Death and Life of John F. Donovan – Post Production to be released 2018

Love and Other Impossible Pursuits 2009