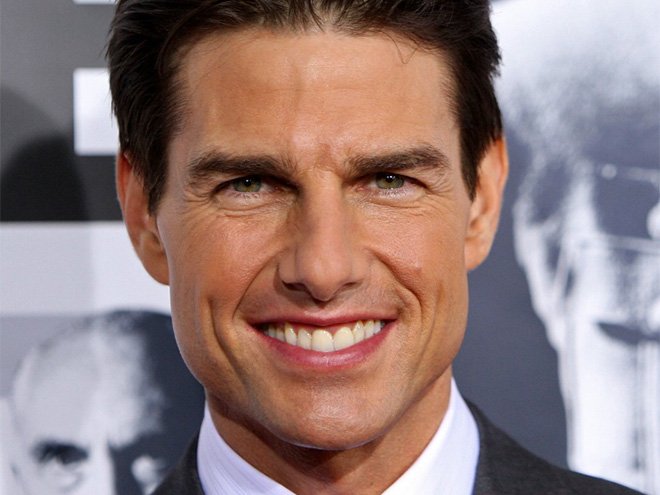 Training: Tom attended many schools. He dropped out of high school to pursue an acting career. Trained at the Neighborhood Playhouse in NY where he honed his acting skills.

Activities Actor and Producer of 20 of his own movies.

Political Support Mostly Democrat but Tom has given support to a Republican candidate from his church.

The name Tom Cruise is synonymous with success and popularity in the movie business.  Few stars have been able to grab the attention of the movie going public in the same way that this actor, rather short in stature, has been able to do.  There is considerable support for the claim that together with John Wayne and Cary Cooper the three Hollywood icons represent the three most popular actors in the history of filmed entertainment. There is further support for the view that due to his advantage in age as compared to the other two actors Tom Cruise may indeed be considered potentially the most popular movie star of all time.

It is claimed that Tom was a shy and serious teenager who was convinced that his future lay in a career as a cleric in the Roman Catholic Church. Things turned out differently when Tom dropped out of high school to follow a career in the film industry.

Thomas Cruise Mapother IV was born in Syracuse, New York on 3 July 1962.  He was the only son born from the marriage between Thomas Cruise Mapother III an Electrical Engineer  and Mary Lee Pfeiffer a teacher. The family moved around often and by the time Tom abandoned high school he tallied no less than 15 schools as his alma mater. The many relocations took place not only in USA but also in Canada. After a sports injury Tom joined acting classes and so, started writing movie history. Ancestry comes mostly from German and Irish forebears.

Besides the fact that the family migrated often Tom’s father was also an alcoholic causing Tom to complain bitterly in his later years about the treatment that the family suffered from his abusive father. No surprise that the parents went their separate ways when Tom was about 11 years old. Much of the role of a male figurehead was taken upon himself by Tom and although the family was poor there was a close bond between Tom, his mother and his three sisters, Lee Anne, Marian, and Cass, and this intimate affiliation remains a source of strength and pride for the popular actor.

Subsequent to his schooling Tom attended the Neighborhood Playhouse in New York where he was thoroughly grounded in acting as a form of art. He was schooled by highly respected people in the film industry laying the ground for his later successes in this field.

Cruise was married three times and was also romantically involved with a number of prominent celebrities including a long-time relationship with actress Penelope Cruz. Tom first married Mimi Rogers on 9 May 1987.  No children were born from this union. Shortly after his divorce from Mimi Tom married his co-star from the Movie “Far and Away”, Nicole Kidman.  Nicole was never able to fall pregnant during the marriage with the result that the couple adopted two children, Isabella and Connor. Eleven years after the wedding the couple were divorced which opened the door to Tom’s third marriage to Katie Holmes in 2006.  A daughter Suri resulted bringing great joy and happiness, spoiled again by a bitter divorce some six years later. A relationship with Suri is believed to be almost non-existent and one can only guess at the personal anguish that this unhappy situation is causing the actor.

Tom Cruise is known for his active almost animated personality. He prefers to do most of his stunts himself and given that his career is centered around action movies some of these feats are now legendary. No one will ever forget his antics when he announced his intended marriage to Katie Holmes on the Oprah Winfrey show, jumping repeatedly on the sofa in the studio, causing considerable embarrassment to many of the worldwide audience of the program.

The most publicized aspect of Tom’s personal life is, however, his longtime membership of the Church of Scientology.  Controversy around the church and the leader of the church, a close personal friend of Tom, has been the subject of much speculation providing the basis for scandals rocking the very foundations of the church, with Tom often in the center of these events.  Tom continues to defend the church and certainly, no one can claim that it has been to the detriment of his movie career.

There is a myriad of stories about Tom circulating the world. Remarkably he saved a lady from a mugging and even chased after the assailants. On completion of filming “Top Gun”, Tom obtained a pilot’s license. Tom’s use of Ray Ban sunglasses in a movie increased sales of the popular monocles by a tremendous margin.  Lastly, wait for it, there is a “Tom Cruise Day” in Japan.

Tom Cruise takes his career very seriously. In fact, it can be said that he is somewhat of a perfectionist when it comes to the production of his movies. I therefore say reluctantly that Tom’s career steered him on a path aimed more at the satisfaction of the needs of his millions of fans than achieving artistic heights in the execution of his chosen path.  His later years has been devoted to the making of fast paced action and thriller movies.  The tremendous success achieved at the box office left little space for anything else than keeping the myth of the action hero alive. Forays into comedy, romances and serious stuff like “Lions for Lambs” did not encourage more of these excursions and forced his appearances into a narrow band of super thrilling entertainment.  That does not detract in any way from the acknowledgement that he is most probably one of the best-known people on planet earth for his movie achievements.

Cruise’s work with a number of highly regarded film directors like Steven Spielberg and Oliver Stone all cemented his position as a top star in Hollywood.  Without exception, his movies have taken huge amounts at the box office with 26 movies exceeding the $200M figure in the international market.  To mention but a few of these successes the entire “Mission Impossible” series, the “Jack Reacher” movies, “War of the Worlds”, and “Edge of Tomorrow” all come to mind.  At the tender age of 24, Tom was awarded a Star of Fame on Hollywood Boulevard, an honor usually retained for stars in their later years.

This article would not be complete without paying respect to Tom’s acting abilities. They are real and acknowledged by his peers.  He has received more awards, praises and accolades than others, winning three Golden Globe Awards as best male actor in one of the stipulated categories. Tom was also nominated for three Academy Awards for best supporting actor in the well regarded “Magnolia” and for best actor in “Born on the Fourth of July”, and “Jerry Maguire”.  So far, the Oscar has proven to be elusive, but with many more opportunities in his future the desired recognition by his peers is an exciting possibility.