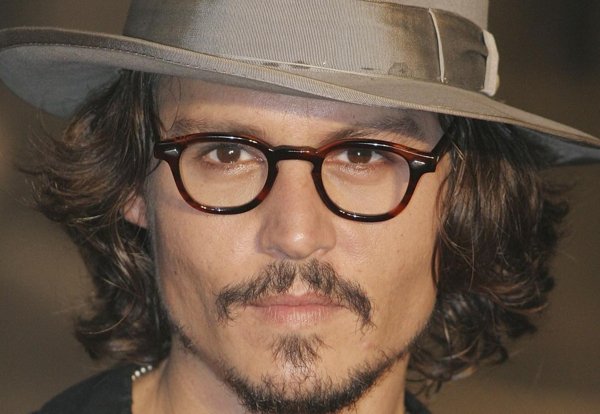 Training: Johnny attended a number of schools but dropped out of school at the age of 15 thereby ending his formal education. Studied acting at Loft Studios.

Personal Life: Depp has been married 2 times, to Lori Anne Allison, a make-up artist and actress Amber Heard.  Both marriages ended in divorce.  He has two children from his longtime relationship with Vanessa Paradis

Activities: Johnny is a prolific actor having appeared in 52 movies with another 8 in various stages of completion. He provided music for 12 films and has also been active in production and direction.

Political Support: Depp has not come out in support of any political party but he is as regarded as liberal left.

Johnny Depp is one of the richest Hollywood actors with a reported net worth of $200M.  His income per film tops those of other actors, a feat that he has been able to maintain for a number of years. He has portrayed a wide variety of actors and in the process, has earned praise and fame for his ability to adapt his personality to fit the role. Johnny is best known for his depiction of the now famous pirate Jack Sparrow in the “Pirates of the Caribbean” series with five outings in this impersonation being one of many somewhat weird, bizarre characters in strings of movies like “Benny and Joon”, “Edward Scissorhands”, “Charlie and the Chocolate Factory”, and “Alice in Wonderland” to name but a few.

Dogged by poor publicity and all sorts of scandals the star managed to stay relevant, retaining the support of his army of fans and supporters. For many movie devotees, a trip to a Depp movie is the assurance of quality entertainment from a consummate actor. With 52 feature movies under the belt and a further 8 in various stages of completion Depp has managed to do 60 productions in 41 years making him one of the busiest actors in the industry.

Johnny Depp was born on 9 June 1963, the youngest of four children at Owensboro, Kentucky. His mother, Betty Sue was a waitress and his father John a civil engineer. The family moved around often and it is reported that the Depp family moved no less than 20 times by the time Johnny was 15.  Johnny describes himself as being odd at school, shy and withdrawn. He preferred to spend time on his own with a guitar that he received as a gift from his mother when he was 12 years old. According to him he tended to make weird noises and showed some compulsive obsessive behavior by repeating the same actions over and over like flipping light switches.  The family eventually settled in Florida where Johnny and his siblings experienced the split and divorce of their parents. His mother later remarried the late Robert Palmer, a man Johnny has considerable respect for.  His relationship with his father deteriorated after the divorce from his mother.

Johnny dropped out of school when he was nearly 16 years old to pursue a career in music.  He displayed some musical talent and was a member of fledgling bands with the names: “The Kids”, “Six Gun Method”, and “Rock City Angels”. Success was only moderate, nothing compared to his later sensational triumphs as an actor.  Johnny also composed music during this period. Once Johnny became interested in acting he took things seriously by attending acting classes at Loft Studios in Los Angeles and later studying acting with a private coach.  His good looks combined with the training laid the foundation for his cinematic career.

While still trying to make a living as a musician Johnny fell in love with the sister of one of his band members, Lori Anne Anderson.  The couple married when Johnny was only 20 years old and Lori Anne 25.  On a trip to Los Angeles Lori introduced Johnny to actor Nicholas Cage who encouraged him to follow a career in acting and introducing him to his own agent. Lori Anne and Johnny split after two years of marriage and divorce followed soon thereafter.

Subsequently, Johnny had romantic affiliations with a number of female celebrities until he met French Vanessa Paradis, singer, and actress, in 1998. This proved to be a long-term relationship and two children were born from the bond, daughter Lily-Rose, and son John.  The children influenced Johnny’s life in a profound way and continue to inspire him in his work.  Sadly, his union with Vanessa also came to an end when the couple announced their split in 1012.

During the filming of “The Rum Diaries” in 2011, Johnny fell in love with his co-star Amber Heard and the couple was married in 2015.  Just one year later Heard filed for divorce and after bitter allegations from both sides, the marriage was finally dissolved by divorce in 2017.

A number of scandals have rocked the career of Depp and it was especially the allegations of physical abuse during his marriage to Amber Heard that caused harm to his career and personal stress for the star.  Shortly after Heard filed for divorce she also approached the court for a restraining order to allegedly stop Johnny from physically abusing her.  It is uncertain what happened between the two celebrities, the issue being complicated by the divorce settlement leading to a burying of the facts in favor of reaching an agreement to bring the unhappy saga to an end. By his own admission Johnny suffered bouts of alcohol abuse and some drug related incidents.  Johnny was arrested for the assault of a security guard while staying at a hotel in Vancouver.  He was also arrested when a violent fight erupted during his relationship with model Kate Moss when considerable damage was caused at the Hotel that they stayed. At the present time, the accumulation of getting older and scandals is a matter of grave concern for Depp and his management.

Johnny remains active in the music field as he has done throughout his movie career. He has acted as guest star in a number of musical productions including some movie releases.  In 2015 Alice Cooper, Joe Perry, and Johnny released an album as the Hollywood Vampires. He owns his own Production company and has business interests in wine making and restaurant ownership.

Johnny was nominated for Academy Awards three times and a total of nine nominations for Golden Globes. His nominations for the Oscar, in 2008 for “Sweeney Todd: The Demon Barber of Fleet Street, in 2005 for “Finding Neverland”, and 2004 for “Pirates of the Caribbean: The Curse of the Black Pearl, did not lead to success in terms of receiving the award, but he did get the Golden Globe for the first mentioned role.

Through the years Johnny has brought delight to audiences of different tastes and preferences.  Some of them were mentioned in this article and I end off by mentioning some further highlights in his career. “Black Mass”, “The Lone Ranger”, “Secret Window”, “Once Upon a Time in Mexico”, “Sleepy Hollow”, and “Nick of Time”

Fantastic Beasts and Where to Find Them 2 - Filming

Pirates of the Caribbean: Dead Men Tell No Tales 2017

Fantastic Beasts and Where to Find Them 2016

Alice Through the Looking Glass 2016

Pirates of the Caribbean: On Stranger Tides 2011

The Imaginarium of Doctor Parnassus 2009

Pirates of the Caribbean: At World's End 2007

Charlie and the Chocolate Factory 2005

Pirates of the Caribbean: The Curse of the Black Pearl 2003

Fear and Loathing in Las Vegas 1998

A Nightmare on Elm Street 1984