Integration Of Blockchain And ERP: A Great Futuristic Solution Beyond Cryptocurrency! 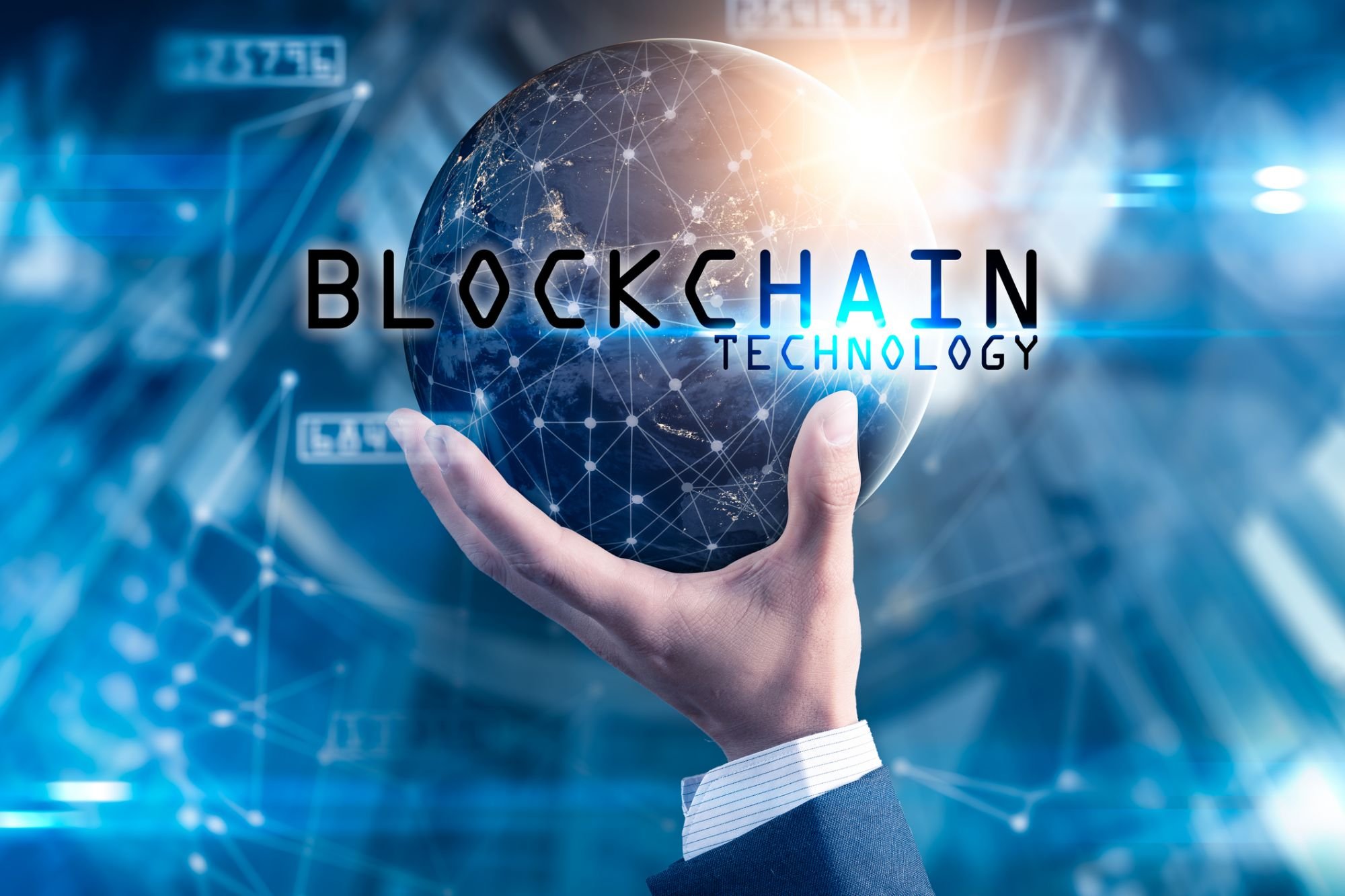 Often, most people associate blockchain tech with cryptocurrency or bitcoin, but the former term is much more than just Bitcoin or Cryptocurrency. They might be related but these two concepts are quite different.

Supply Chain in today’s scenario is complex, multi-echelon, highly disjointed, and geographically spread across corners of the world. All these together alongwith different government policies and human behavior make it nearly impossible to investigate incidents and events in case of supply chain disruptions. The inherent cost involved in managing supply chain intermediaries, their consistency, reliability, traceability, and transparency further set hurdles in the supply chain. The solution to such complicated issues lies in improving supply chain transparency through the concept of Blockchain. 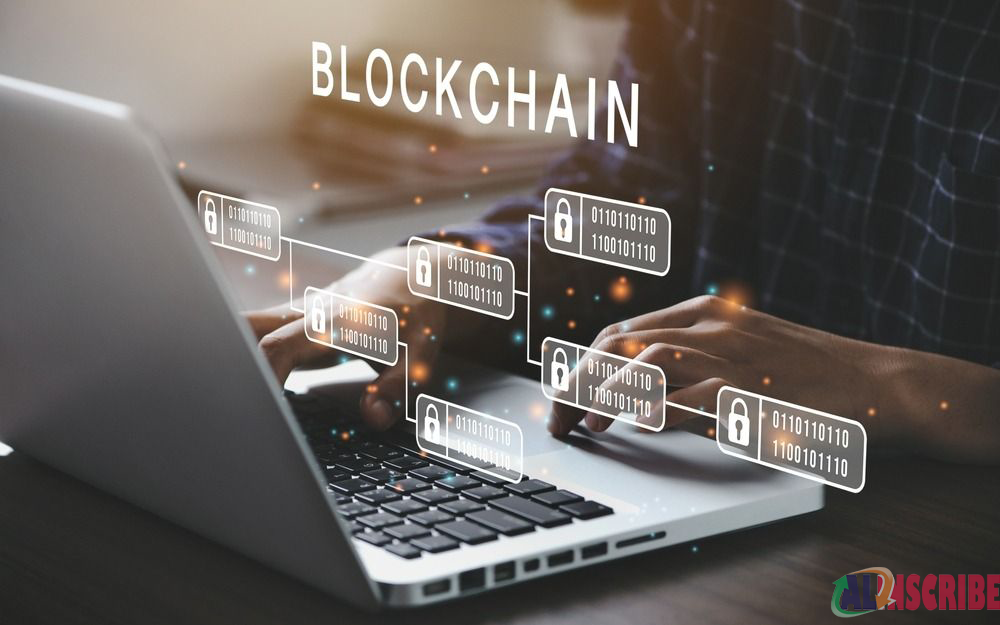 The advent of Cloud ERPs has enabled supply chain processes to be more global with the ability to source and manufacture with the best economy, have greater than before quality, be closest to the market, and impart augmented value to the customer. However, it has ended up being more complex and rigid. The transactions include inefficiencies, frauds and pilferages, and a greater trust deficit, which gave rise to numerous codes like the United Nations Standard Products and Services Code (UNSPSC), Universal Product Code (UPC), compliance with Country of Origin (COO), and Restriction of Hazardous Substances (RoHS). All these help the supply chain to be more reliable but escalate its cost. The need of the hour is visibility in the supply chain, but it is next to impossible with the existing architecture.

As of today, we cannot map, link, trace, or make the entire supply chain of a particular product visible from cradle to grave, but there are new developments in technology and communication architecture that can make these possible and achievable. And the answer to this problem lies in the technology of blockchain. A definition filled with jargon and difficult words won’t help. A simple explanation of the term is a distributed ledger, which is a list of transactions, that are being shared among a number of computers rather than being stockpiled on a central server. The transaction logged in it will have supply chain-related information like location, price, date, and quantity which will be present in the distributed ledger. The publicly available information in the distributed ledger makes it possible to trace back each and every transaction to the grassroots. It becomes almost impossible for a single party to manipulate as they do not hold the ownership. In fact, blockchain is considered “Unhackable”, as it is a groundbreaking solution in many ways-

Every time a transaction occurs between the members of the bitcoin network (which is a decentralized network), it needs to be verified and validated to ensure that every transaction occurring within the network is between two individual accounts and there lies absolutely no risk of double spending.  Now, who does the verification? The verification of transactions is carried out by members of the blockchain network known as “miners”. These miners use their expertise, software, their own coding skills, and computers to verify the transactions. The “block” in Blockchain refers to the occurrence of transactions. The verification of the transaction or block, the availability of the validated transaction thereafter, and its irreversibility paves the platform for the blockchain. After the substantiation by the fastest miner, the birth of a legitimate and immutable block takes place. The transactions are consolidated in a block and each block is associated with the previous transaction block via addresses. Clustering all these blocks leads to the formation of blockchains. The grouping of blocks occurs as per the protocol that is dictated by the algorithm and this protocol is referred to as the Blockchain Protocol. The figure below illustrates the Blockchain Protocol-

The blockchain operations are segregated into three layers, each layer having its own significance, specific purpose, and role. The Blockchain layer, Data Store layer, and Application layer define the architecture of the Blockchain.

It maintains the “pointers” or “hashes” of transactions. Helps to represent the notifications to a status change and validate the data integrity. The blockchain layer helps you to connect with the Data Store layer. It ensures transparency through decentralization, data integrity, and immutability.

The blockchain layer just refers to the hashes or addresses while the Data Store layer or the Collection layer actually stores the data. This layer is arranged through auto-hash transactions onto the public chain at required intervals. The data is encrypted, therefore, if a third party wishes to derive any meaningful information from the data, they cannot unless they have specific keys that allow them to decrypt each individual record. This particular layer throws light on permission, scalability, and security.

This layer processes and interacts with the other two layers and transforms them into a useful business application. The application layer has monitoring units that pinpoint changes in the blockchain layer, read the pointers, extract the decrypted data from the Data Store layer and final validation is performed. This layer also has the capability to interact with ERP applications like Oracle, SAP. Infor etc. 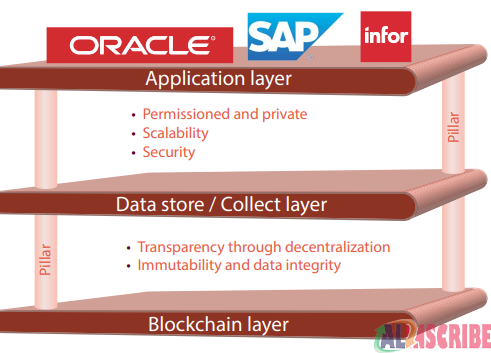 Some of the major limitations are as below:

Blockchain lacks a legal framework. Single ownership or autonomy is missing, thus a legal framework on territoriality for issues like jurisdiction and the applicable directives and principles needs to be there. Its a critical requirement as each network node may be in a different geographical location under legal law or enforcement like chalk and cheese.

It is very essential to have a legal deed declaration of ownership of the existence of an asset on the node or genuine and legitimate proof of the subsistence of the said asset.

To facilitate interoperability between blockchains, standards are required that can be in XML (eXtensible Markup Language), or EDI (Electronic Data Interchange) formats which are accepted forms of communication.

Often it is deemed that most of the blockchains are financial-transaction validation-oriented, but they are not utilized to their full potential. They need to diversify in other fields like manufacturing, procurement, logistics and HR. The growth will certainly be phenomenal after that.

In the case of Blockchain, energy consumption remains one of the biggest issues with miners. Researchers at Cambridge University have estimated that Bitcoin consumes more energy than the entire nation of Switzerland. The energy is primarily supplied to keep the complete network alive and working all the time. That’s the case of just one blockchain, imagine the condition if we have many more such networks.

Blockchains suffer from high latency issue as there is a time lag between the verified blocks and their addition to the ledger. For some of the leading blockchains, the time lag varies between around 17 seconds and a minute which is considered way more than the average database transaction time.

Transactions recorded among the blockchain network is surely a challenge but also the need of the hour. There are a few independent software vendors who are developing individual connectors of some ERP or transactional systems with these blockchains. With greater connection and more popularity, blockchain technology can be easily integrated with ERP applications.

As blockchain continues to mature, it has witnessed its promising future in the tech industry quickly. IT experts and professionals understand how it can influence our daily life, so it becomes necessary to integrate it with various business application systems like Enterprise Resource Planning (ERP), Customer Relationship Management (CRM), Warehouse Management Systems (WMS), Manufacturing Execution Systems (MES), etc. So, let us check how Blockchain integration with ERP enhances the existing features of the latter:-

2. Transparency in the Supply Chain: 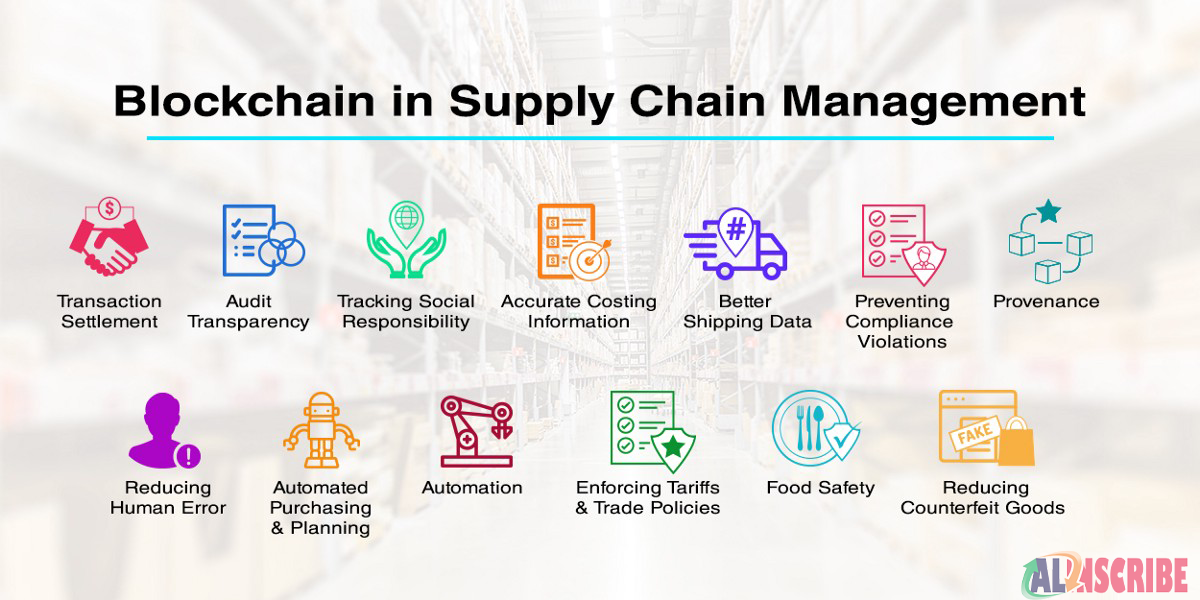 Blockchain and ERP integration help to improve the automation supply chains by reducing the visibility problems within the supply chains. The decentralization attribute of Blockchain gives companies the potential to unify a large supply chain network. Each member can trace the product journey from manufacturing to the final delivery. Each transaction would be recorded on the blockchain automatically. Companies will have full visibility into the entire supply chain, however, if they want, they can still record and keep the private data relevant.

3. Ability to verify and authenticate identities:

ERP systems, for a long time, have been used for recording financial transactions like process claiming of insurance and financial institutions. For this, companies are required to scrutinize the customer’s identities and authenticate financial transactions. It can also be used to verify customers’ identities as a part of post-sales support or during the servicing of older products, provided they are under warranty.

Integration with ERP, WMS, and MES systems will diminish disputes over invoices, shipments, returns, and purchases.

With Customer Relationship Management software, it can bring transparency around customers and the chain of ownership.

The benefits of Blockchain ERP integration are twofold. Firstly, it will ensure transparency, and secondly, it will significantly reduce the cost of tracking and reporting, considering multi-echelon and multi-staged supply chains.

It can be concluded that a lot of research has already been done on Blockchain with ERP applications, and the field still remains wide open. Blockchain works as an additive technology for ERP just like AI, IoT, and other future trends. There are yet plenty of efforts underway to establish Blockchain’s capabilities. So, if not now, wait for the near future, once the technology matures, its adoption will increase at a commendable rate.